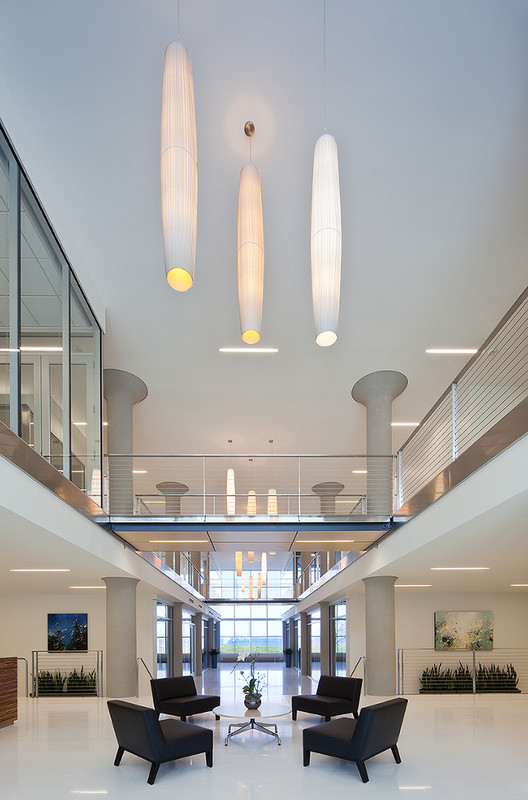 Text description provided by the architects. The project building was built in 1926 as a processing facility for the Washington Cooperative Egg and Poultry Association. After a series of additions and renovations, the building was converted in 1983 to biotechnology laboratories and offices. When the current owners acquired the building in 2006, it no longer met market standards for top quality lab or office space. The client’s charge to the design team was to transform the tired building into a world class life science facility that celebrated its Elliott Bay waterfront setting.

The team began by stripping down the building to its bare concrete floor slabs and exposing its impressive concrete mushroom columns. Next a 2-story atrium and lobby was cut through the entire building creating striking views of Myrtle Edwards Park, Elliott Bay, and the Olympic Mountains. The atrium’s perimeter is comprised of full height glass walls set between the cleaned-up, gypsum plastered columns while sleek cable railed bridges link the atrium’s second floor galleries. The meticulously detailed minimalist architectural elements of white terrazzo flooring and stainless steel fittings are complemented by the generous use of ash paneling. A series of cigar-shaped pendant lights extend the length of the atrium and activate the space. The reception area is anchored by leather upholstered lounge seating and a bamboo desk. A fully outfitted conference room overlooks the lobby and is available to all building tenants.

In addition to the building common spaces, the team designed and staged a suite of model labs and offices. In a single cohesive space, potential future tenants can view and compare varying build-out strategies such as a conventional suspended ceiling to exposed raw concrete to a ceiling with sprayed acoustical foam. 85 years after its construction as a food processing plant, 201 Elliott has been transformed into world class 21st century research facility. 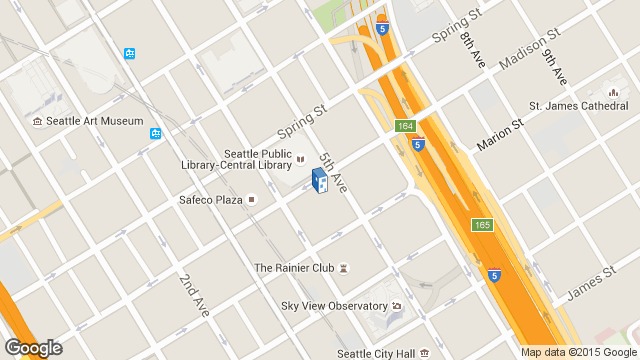