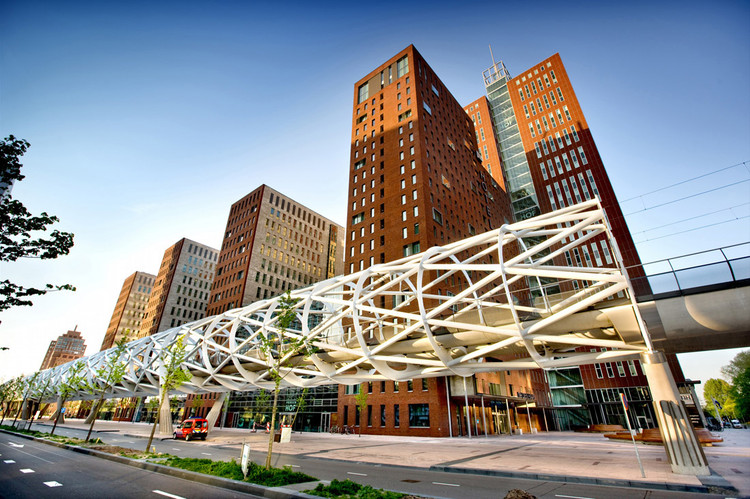 Share
Or
Copy
Train Station
•
The Hague, The Netherlands

Text description provided by the architects. Randstadrail is a project for a new light urban rail network for the area between The Hague and Rotterdam. The network runs partly over existing tram and railway tracks and will be supplemented with new sections. In the centre of The Hague, in the Beatrixkwartier office district, a link between the tram viaduct at the Ternoot stop and the NS (Dutch Railways) railway embankment close to the Laan van NOI station was needed. To achieve this a viaduct has been built over the entire length of the Beatrixlaan, with a new station halfway.

The space-frame tubular construction of the viaduct follows the curve that Joan Busquets has set out for the alignments and the roadways on the Beatrixlaan. In order to establish a link with the existing tram viaduct across the Utrechtse Baan urban motorway, the existing Ternoot stop will be moved, and a completely new station has been designed for the new Ternoot stop.

For a length of 400 metres the viaduct is constructed from a skeleton structure of rings of mild-steel strips with a diameter of about 10 metres, interconnected by diagonally set tubes to form an open tube structure. The relatively great structural height of the tube makes it easy to cover the large spans. The construction will be supported by V-shaped columns and provides room for two tracks for passing trains. Thanks to the big spans of 40 and 50 metres there are relatively few columns at street level. There is also hardly any visual obstruction at eye level, so that social safety and traffic safety are not compromised.

The new Beatrixlaan station will have a platform in the middle. The railway tracks split as they reach the platform. The access for this type of platform is compact: the stairway and lift are used by people travelling in both directions. The spatial form of the station derives from a combination of the alignment and the profile of empty space. This means that the station building provides exactly enough space for the trains to travel around the platform in the ideal curve. In addition, the platform is wide where people stand waiting and thinner at the access stairs.

The canopy is designed to sit asymmetrically over the station as an enclosed section of the structure, also following its spiral form. Trains stop at the front end of the platform, even when they are shorter than the maximum. The greater number of waiting passengers will thus stand waiting diagonally opposite each other on the middle platform. The covered area of the platform is most generous where most passengers are expected to stand waiting. 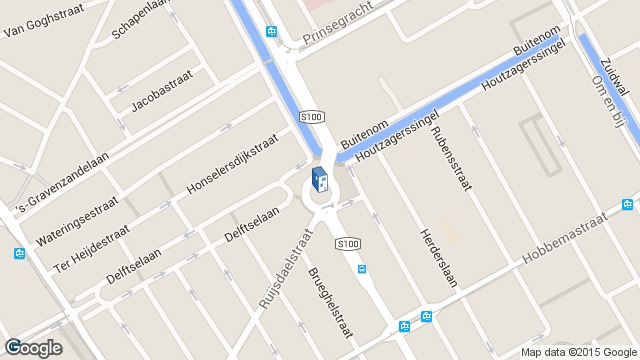