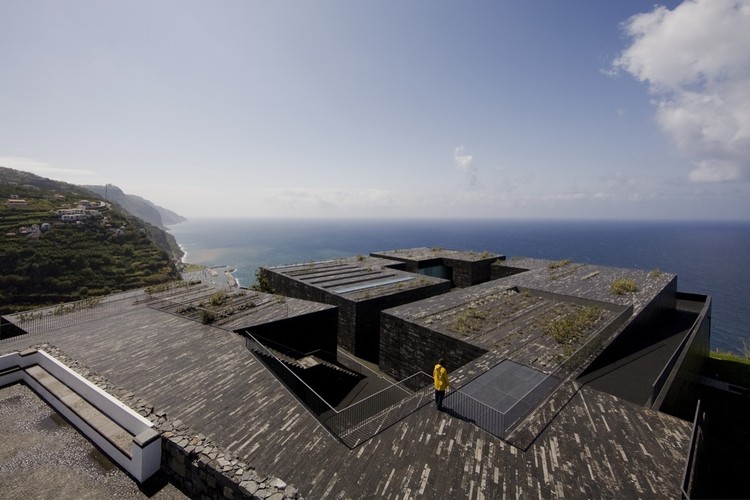 Text description provided by the architects. Flashback: One of Archdaily’s goals is to bring you up to date information about projects that are being designed and constructed around the world. We’ve created a new category to cover inspiring projects that were constructed between the 1990′s and the early 2000′s.

The city of Funchal gathers a whole structure of articulated museological spaces in its urban matrix, which creates a network of a way to read the city through a route connected to its expansion, without the existence of any space destined for contemporary art. The construction of this Arts Centre comes from decentralised politics causing the unexpected possibility to create an exhibiting space outside the limits of the capital. It associates itself to the dynamic of an existing House of Culture in the district of Calheta, called “Casa das Mudas”.

Given this specificity, it was unsettling to understand how a window or a door could be designed for a building of this scale and complexity in a rural environment, or how to create a room for exhibits that could simultaneously provide great spatial flexibility, when works of art are more and more unpredictable, and adding the question of being located on an ultra-remote island, that sometimes restricts the design of an architectural element to the size of the container. Considerably high mountains orographically define the district where the Arts Centre was built, with its urban area in the deepest valley. By implanting itself on the lineal peak of one of these mountains, that ends abruptly with the sea, it seeks to resign the “mountainous mass”, acting as topography. Its interiority and complexity is only revealed when you are close to the building.

A mineral and sophisticated platform underneath the Casa das Mudas covers the whole museological complex. To sculpt this platform proposes a functional duality. Firstly the design of a viewpoint, time to pause and contemplate, recuperating the slow speed of the reading of the landscape, now partly broken by the creation of tunnels and motorway structures. Then, to provide a vast museological programme that attributed a new validity to the island. A vitreous patio organises and denounces the programme. In its interior the patios and pathways cut, burrow and link all the functions, going against the environment at certain times, vertically in relation to the mountain and horizontally to the sea.

Two spatial characteristics stand out in the way they are worked and constructed. The exhibition rooms, of varying dimensions to allow greater amplitude of use, and which occur in series, reducing their design to the minimum, camouflaging all the technical infrastructure, in a way that the work of art is the core element of the visit. In opposition the auditorium presents a detailed and affirmative design in order to provide maximum value as a space for shows and to allow a wide variety of programming. Confronted with creating an Arts Centre, in the intensity of a rural landscape, with the insular and ancestral wish to observe the sea, this building was designed. 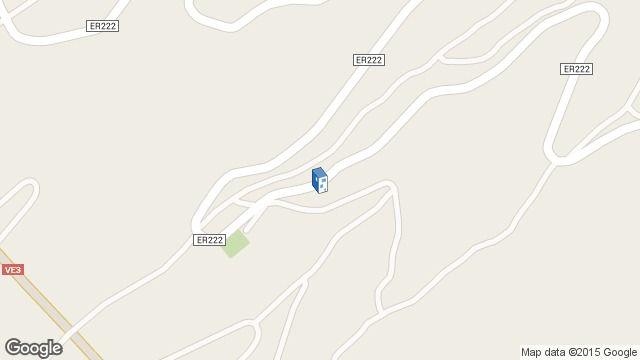 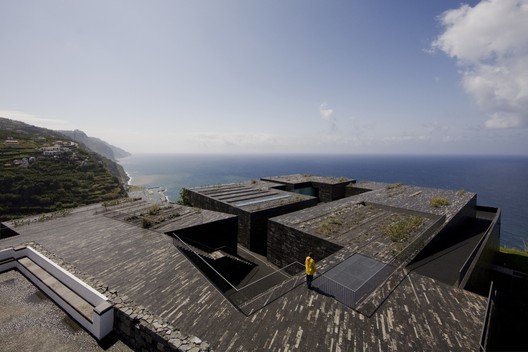