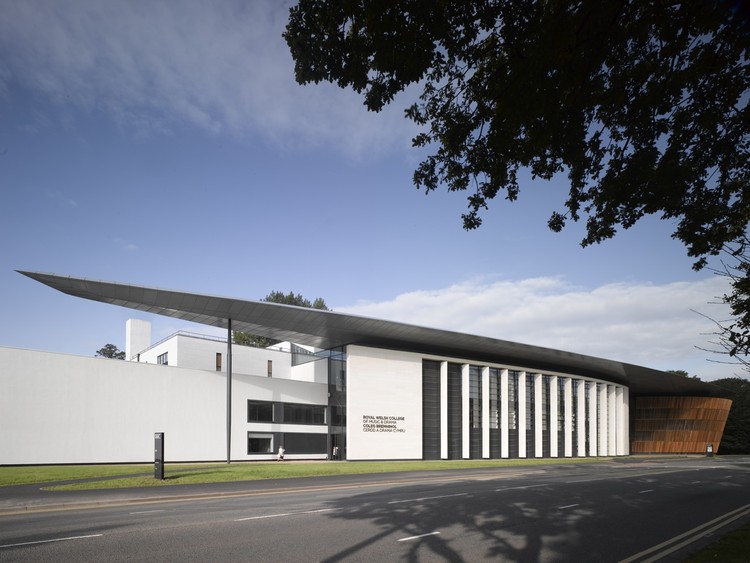 The £22.5m project is funded by a grant from the Welsh Government, loan finance and £4m of philanthropic donations. The scheme has been designed to be BREEAM ‘excellent’. The new buildings are situated within the Grade I listed Bute Park. Directly across the road from the new building is Cathays Park, the civic centre of Cardiff, consisting of a number of important listed buildings.

BFLS’ approach was two -fold, to design the internal performance spaces from the ‘inside out’, looking at their acoustic and theatrical functionality as major drivers, whilst in parallel designing from the ‘outside in’, thinking about the civic presence of the building in its urban context. The new buildings are situated inside the Grade I listed Bute Park. Directly across the road from the new building is Cathays Park, the civic centre of Cardiff, consisting of a number of important listed buildings.

The design focuses on the core needs of the College community, namely an acoustically impressive sequence of performance and learning spaces which will encourage and inspire the College’s students. The client was very specific from the outset that the new buildings should act as a catalyst for positive cultural change and easier department cross-fertilisation.

Although the building appears to be a single structure it is in fact three separate new buildings and a renovated existing structure. Each performance space has been conceived separately, the individual components of the building united under a single floating roof, its height determined by the theatre fly-tower. The drama building forms a new façade on North Road while the concert recital hall, clad with a timber screen consisting of light-colored cedar wood slats, sits amongst the park’s mature trees. Finishes of stone and timber create a sequence of warm and tactile interior spaces.

The new entrance to the college opens out on to Bute Park and a treble-height arcade forms a new spine between the new and old accommodation, linking the constituent elements, functioning as exhibition space for the Design & Costume Department and also acting as the ‘lungs’ for the scheme, creating a natural stack effect, which ventilates the public spaces. 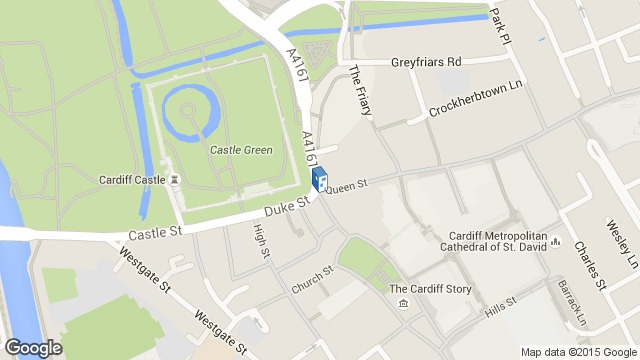 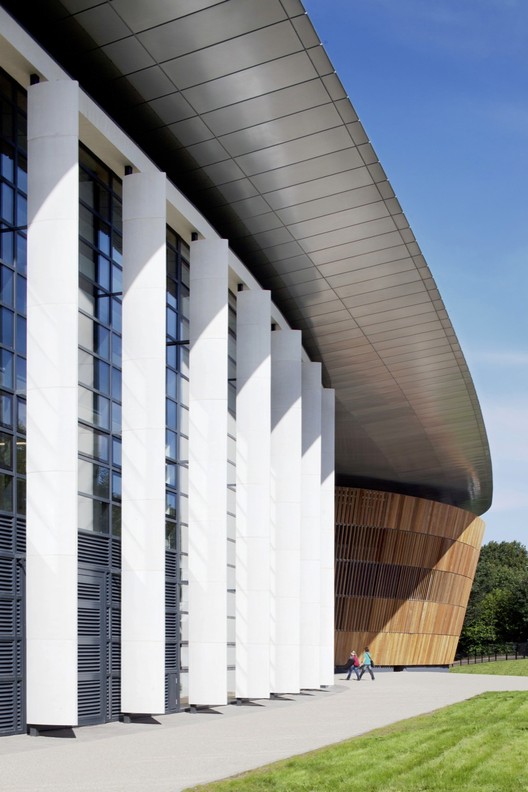 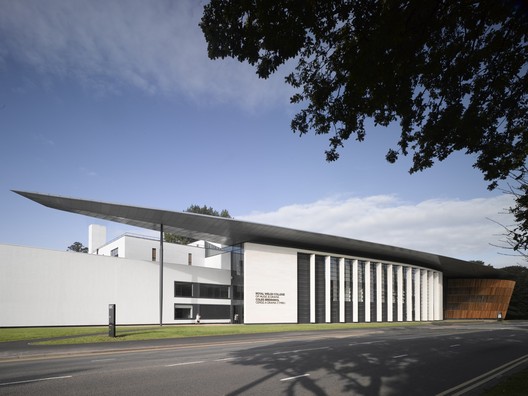