The different functions which create the plan of this building fit in a rectangular shape. The building’s skin is made of a white canvas, a material that has a very strong symbolical value considering the ICRC’s fieldwork. The trucks’s cover made of canvas evokes the ICRS’s logistic work to supply food and medical material, the tent’s canvas suggest the image of a refuge. The white color underlines the idea of neutrality, referring to the ICRC’s vocation.

The continuous height, identical on each side of the building, provides to the volume a neutral character. Due to the ICRC’s missions, neutrality has been a central element in the project design. The façade made of canvas guarantees the building’s water tightness.

The building elements referring to a highly symbolical value, the ICRC can settle down in a very original building, however realized with the simple use of common industrial construction materials.

The building is situated back from the road, opening space for a delivery esplanade and an outdoor reception space for visitors and users. Gathering access functions on the South-West façade, enhances the accessibility and defines a “living zone” on this side of the complex. The vertical organisation of the project absorbs the unevenness of the ground, minimizing ground grading. The ground slot was originally at a lower level than the surrounding roads. After development, the building is connected to the access path on the South-East and benefits from the original depression on the North-West side to provide natural light to the offices and document’s preparation zones.

The logistic complex is dedicated to pharmaceuticals’ and medicine’s storing, as well as orthopaedic devices and food. These materials will be shipped to the ICRC’s delegates positioned around the world, in order to help endangered populations in humanitarian crisis’ zones. Directly linked to the logistic complex, offices and meeting rooms form a key location from which humanitarian missions and material transportation are led.

The façade surrounds the suspended gardens, form cocoon like areas isolated from the surrounding industrial buildings, offering a warm and friendly working environment to the users.

Together with the fieldwork ran by the ICRC, the archives conserve a trace of all the delegation’s activities. These unique and irreplaceable documents need to be conserved for a very long period of time. In order to preserve these documents, the archive rooms were built following strict standards of construction, in terms of space, operating and climate controlling.

The canvas façade creates an interior landscape that standing out in by its sharp in contrast to the industrial character of the neighbourhoods. The green areas give a domestic orientation, in the shape of suspended gardens, which can be contemplative or convivial places for users working in the administrative zone. The atrium encourages an optimal communication in between users and ensures the unity and team spirit.

The building’s profile has been adapted to the original slopes and heights of the ground. This means that, during the works, a minimum of earth has been moved, while using the slopes to elevate the docks by 1,20m, in order to create the merchandises’ access. The access to the platforms ensures the easiest manoeuvres for the vehicles, minimizing the constraints as much as possible. The five docks are grouped together, which offers more flexibility in the case of an activity overload (merchandise departures and arrivals). The different functions of the building have been implanted as rationally as possible, minimizing cross-flows and connecting directly merchandise’s reception zones, storage and departure’s preparation areas.

Thanks to the organization in a mezzanine, users from the storage zone have full visibility through the merchandise’s arrival-departure areas. They are directly linked to the administrative zone as well, thanks to an independent and vertical distribution.

The main spans’ structural system is made of steel. Slabs of the other parts are made of mixed materials. The choice of materials was made in consideration of their life span: from their embodied energy to the recycling. All the interior materials were chosen following the sustainable development standards. They are renewable, earth- abundant materials, environmentally friendly and safe for users (solvent-free paintings), embodied energy low. They also offer the best durability for minimum maintenance. 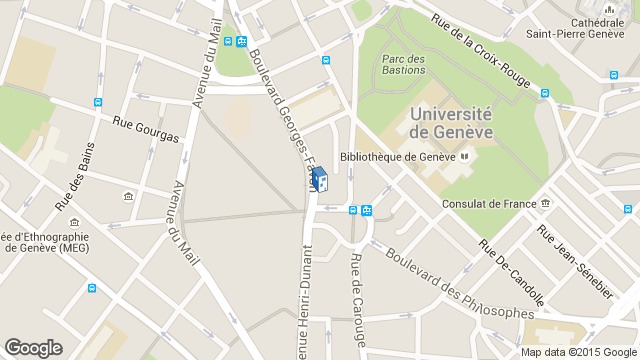