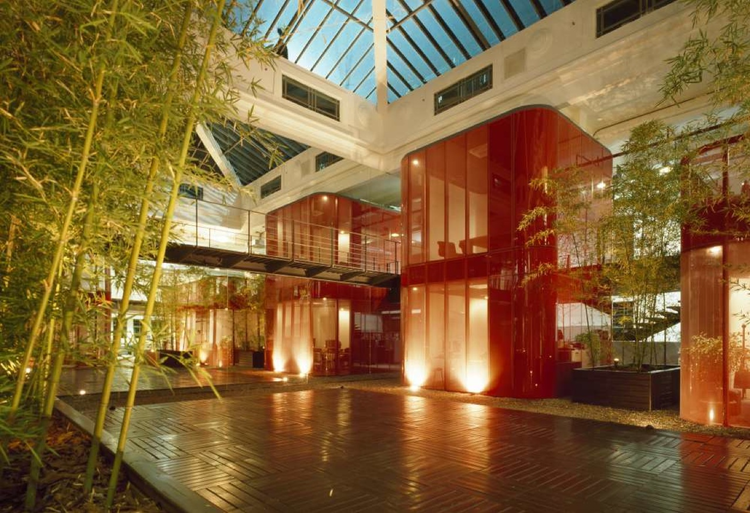 Text description provided by the architects. The Turner Studios project started as a private contest, consisting in the restoration of a patrimonial building that originally hosted a printing office, in the traditional Defensa area of Buenos Aires. The assignment was to distribute and design working spaces, offices, meeting rooms and conference rooms in the last two floors of the building, an interior space of 10 x 12 x 12 meters with perimeter windows and a big skylight in the centre.

The proposal is to invert the traditional office layout of rank distribution, locating the executives, meeting rooms and auditoriums in the centre of the building, inside 4 colored glass volumes, surrounding an interior garden that is illuminated by the skylight. Then a second ring of lower glass volumes locates the managers and then a third ring consisting on smaller working stations locates the rest of the employee. This allows double entry of natural light and connection to the exterior, freeing the perimeter windows. The interior garden duplicates its perception trough a huge mirror that covers the elevator’s hall. 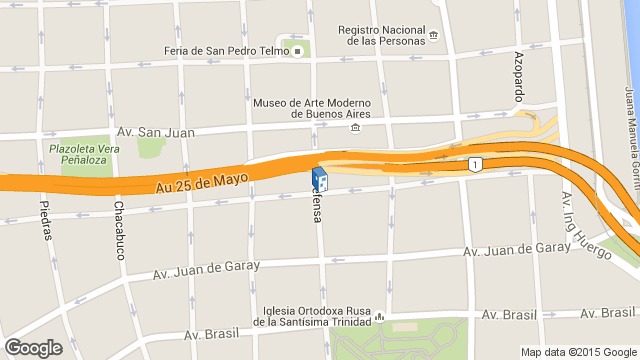