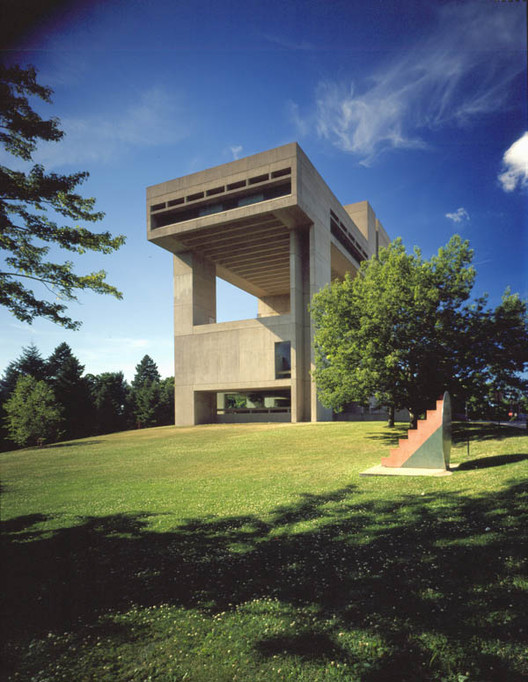 Text description provided by the architects. Perched atop a slope overlooking Cayuga Lake in Ithaca, New York, the Herbert F. Johnson Museum of Art, designed by I.M. Pei in 1973, is a landmark of modern architecture as well as an iconic presence on the campus of Cornell University. On October 15, 2011, the museum unveils a sympathetic expansion and renovation program designed to more comprehensively showcase the museum’s permanent collection, which has grown nearly four-fold since the early ‘70s, and accommodate further growth.

As part of the program, the fifth-floor galleries of the Pei building have been greatly expanded to display many more treasures from the museum’s acclaimed Asian Art collection and an innovative visible storage gallery has been installed on the lowest public level of the original building to present more than a thousand objects, ranging in time and geographic reach from a Neolithic Chinese cylindrical vessel, ca. 3500 BC to a Betty Woodman pillow pitcher from the 20th century. The renovation has also made possible the creation of state-of-the-art collection storage areas.

The new wing of the Johnson Museum is an underground link that defers to and harmonizes with its predecessor. About as long as a sixth of a football field, the extension begins on the two lower levels of the Pei building and ends in a new sculptural glass and concrete entryway to the north.

The new wing provides two new galleries for temporary exhibitions and a lecture hall. One gallery is a large-scale space designed for contemporary art and the other, the Donald and Judith Opatrny Gallery, a more intimate space for smaller works. The David A. and Rochelle Hirsch Lecture Lobby is a vaulting space with soaring windows that overlook the west courtyard and the Rebecca Q. and James C. Morgan Garden, a Japanese garden designed by Marc Peter Keane, Cornell Class of 1979.

The new north lobby echoes the lobby of the earlier building in design and materials, but, bathed in natural light and offering glimpses of the landscape from all four sides, more thoroughly melds exterior and interior space. From the Herbert and Roseline Gussman Entrance Hall, a visitor descends one level to the galleries, lecture hall, and the main museum building. 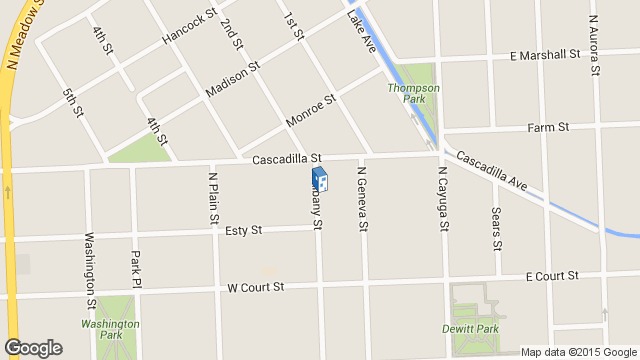