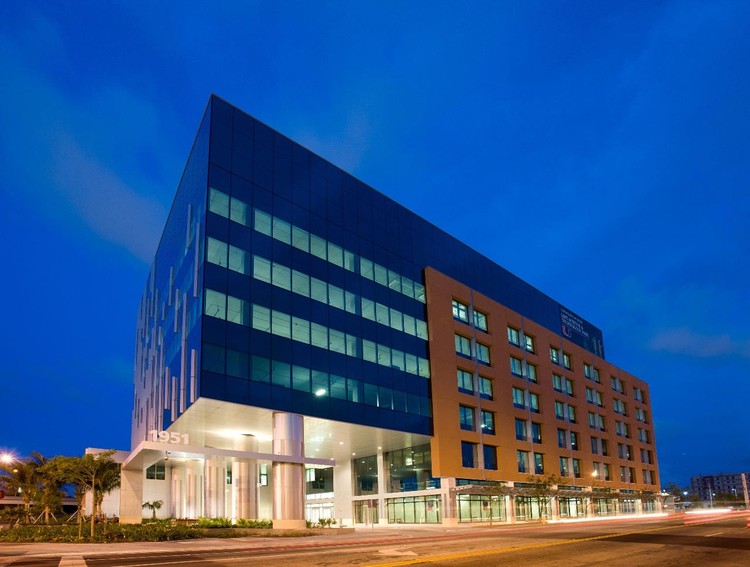 Text description provided by the architects. The project, master planned on a ten-city block site on the University of Miami’s Miller School of Medicine campus, is located adjacent to Miami’s Health District and near the intersection of major arteries Interstate 95 and State Route 836. Moreover, the project, as a vital hub for technology and business development, builds on the City’s role as a portal to foreign companies seeking a foothold in the United States (U.S.) and U.S. firms pursuing an overseas presence.

The UMLSTP master plan calls for up to 2.0 million square feet of laboratory, office, and retail space in five research and development buildings. The plan is flexible, allowing for incremental development of increasingly larger buildings (from 252,800 square feet to 435,000 square feet) and a mix of uses as the market dictates. The master plan’s first phase, Research + Development Building 1 (RD1), is a 252,800-square-foot, six-story laboratory / office building. Designed to support and grow the “Knowledge Based Community” that emerges from a successful University sponsored research park, RD1 and the future phases are a kind of life science and technology accelerator, designed to help early-stage and mature companies commercialize discovery from research at UM and other Universities that will impact the lives of people around the world. Ultimately including a mix of commercial, retail, hotel, and residential uses, the UMLSTP will bring together scientists, researchers, clinicians, and business leaders in an environment meant to create the feel of an academic quad—a place of casual and organized intellectual interaction, and of sharing of knowledge and discovery.

The UMLSTP will cut a striking figure on the Miami skyline. As planned, the five buildings are designed to be progressively taller, “stepping up” from the north. Glass dominates the east and north façades, lending the buildings a contemporary look as seen from downtown Miami. The plaster-clad south and west façades will feature recessed windows to reduce solar heat gain on the interior of the buildings, and the terra cotta color will recall the character of the nearby University medical school campus. The UMLSTP will be bounded by NW 7th Avenue, NW 17th and 20th Streets, and the freeway—with a “spine” of structured parking between the five planned buildings and I-95.

Environmental stewardship is fundamental to the project, which incorporates innovative technologies that protect natural resources and building systems designed to reduce operating costs both initially and over their life. Sustainability starts with the site itself. The UMLSTP transforms an underutilized property, putting it to a higher and better use, and thoughtfully integrating it into the surrounding neighborhood and City. Indeed, the UMLSTP is a pivotal component of a larger UM vision for a vibrant Medical Center District that features patient care, education, and research activities, market rate housing for medical staff and researchers, and hotel and retail amenities. Beyond increasing density on the site, the project incorporates an array of transportation alternatives and accommodations, including a proposed UM shuttle service, storage and shower facilities for bike commuters, and preferred parking for carpools and fuel-efficient vehicles.

New street-level landscaping with native and adaptive planting is used to help restore the site to its natural habitat. A perimeter retention trench will capture stormwater, allowing it to percolate into the ground. Injection wells will use gravity to force any excess water back into the deep, underlying aquifer. In addition, rainwater and other non-potable water will be captured and recycled to cooling towers and to flush toilets and urinals—helping the project meet a local requirement to capture 100 percent of its rainwater on-site and respond to regional concerns over potable water availability. In addition, white roofs are specified in order to reduce the “heat island” effect.

In what is considered a first by a private developer, active chilled beams—which use water to remove heat from a room—manage the temperature in offices and laboratories, providing tenants with greater control of their indoor environment and significantly reducing cooling system energy use. Total energy recovery wheels in the air-handling systems capture energy from the exhausted air to pre-cool outside air being delivered to building occupants, reducing by an estimated 25 percent the central plant’s energy requirements. Site lighting maintains a 90-degree cut-off, which reduces the project’s contribution to urban light pollution.

To help ensure indoor air quality, the project features low-emitting adhesives, sealants, paints, carpets, and other building products. All wood is derived from certified sources, and an emphasis is being placed on using recycled content in building materials and products extracted, processed, or manufactured within 500 miles of the project’s location. The project’s first phase is LEED-Gold pre-certified by the U.S. Green Building Council—and is estimated to use about 30 percent less energy than a conventionally designed comparable laboratory building.

Because of its hurricane-prone Miami location, the technology center will be bolstered with a hurricane-resistant design, along with emergency power to keep critical functions running in case of a power outage. Other features include:

• Elevators also will be capable of handling greater weight to enable the transport of lab equipment and other large objects.

• Electrical capacity per tenant is greater than in a typical office building to accommodate high-powered lab equipment.

• The air-conditioning system is designed to offset heat generated by the lab equipment.

Phase two of the development will feature a “Rain Garden” where tenants can interact indoors and outdoors. Both the ownership and design teams include professionals who are LEED accredited practitioners, or are in the process of getting accreditation. The ownership team provides continuing educational opportunities for staff, including LEED accreditation. Educational programs are planned for building tenants once RD1 is operational, with materials that include a “video wall” with passive displays in the lobby, and active programming and educational sessions for tenants, visitors, and the community that will take place on the project’s grounds and in the conference center.

A rain garden, which will connect RD1 with the second structure envisioned in the master plan, will capitalize on South Florida’s climate. Designed as a gathering and social space that connects to ground-level retail, the rain garden will be topped by a transparent Foiltec roof that can be adjusted. An “air-washer” system will condition the air during the hottest months, reducing humidity and cooling the inside temperature by 10 to 15 degrees. 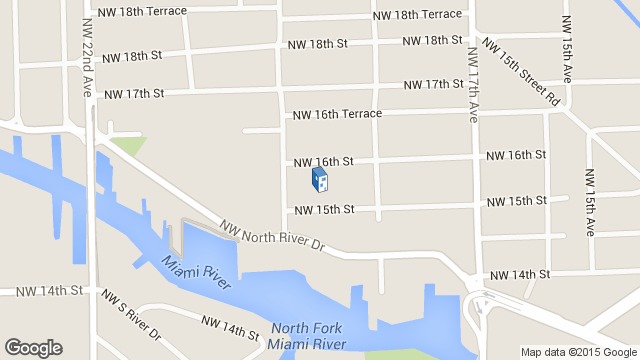 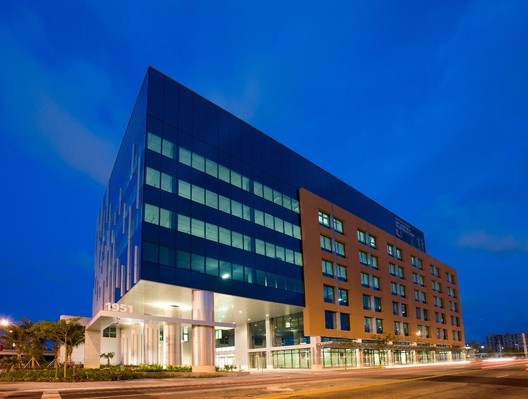