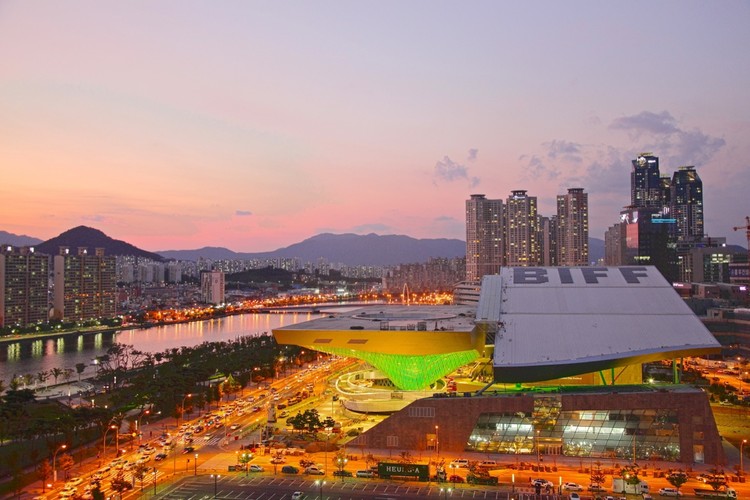 Text description provided by the architects. The Cinema Center in Busan, South Korea, designed by Wolf D. Prix/COOP HIMMELB(L)AU, the new home of the Busan Film Festival (BIFF), was inaugurated with a grand opening on 29 September 2011 in the presence of the president of South Korea. The innovative building combines open space, cultural program, entertainment, technology and architecture in a novel way. Over 800 guests, among them the Mayor of Busan, the cultural minister, the sports minister as well as film celebrities attended the ceremony.

As part of the festivities Wolf D. Prix, the co-founder of the Austrian architecture studio COOP HIMMELB(L)AU received as the first architect in South Korea the honorary citizenship of the city of Busan from the hands of Mayor Hur Nam-sik. The award is the highest recognition conferred by the city to personalities who have promoted Busan's standing in Korea or abroad. Just a few days ahead of the start of the 16th Busan International Film Festival Wolf D. Prix in company with Hur Nam-sik will inaugurate the COOP HIMMELB(L)AU exhibition "Architecture is the Media and the Media is the Message" and give a lecture on “The Possibility of the Impossible."

After winning the competition for this project in 2005 construction started in the same year. The roof’s ceiling surface is completely equipped with LED projectors which allows for unique visual spectacles highlighting the Busan Cinema Center. The dynamically illuminated ceiling will serve as the center’s communication platform with visitors and passers-by. A free span of 85 meters and a roof surface of 60 x 120 meters makes the roof the worldwide largest cantilevered roof. The complex comprises about 60.000 m2 of performance, event, gastronomy and administrative spaces and has a capacity of up to 6,800 visitors. 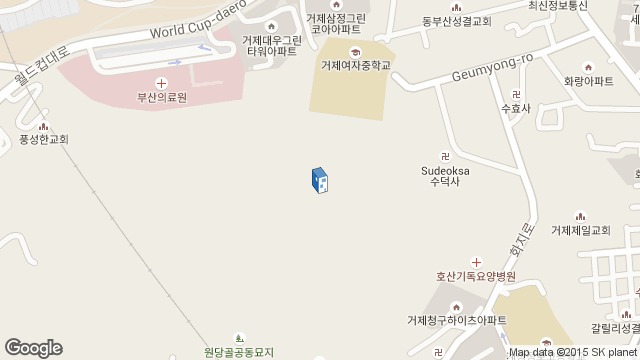 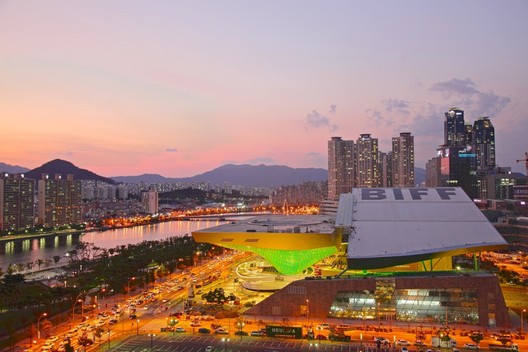