Text description provided by the architects. Skin is not a new theme in the work of our office, neither are concepts such as standardization or mobility but the new pavilion of the bar Ar de Rio proposes a new approach to these matters. Although it may be seen as a step forward, it is really a logical follow-up to the original concept of the Bares de Gaia set, in which Ar de Rio is included. Situated in Vila Nova de Gaia, Portugal, on the river banks of the Douro, Bares de Gaia are a set of compact steel pavilions we have designed to be bars.

The design was guided by some key concepts: great simplicity and maximum efficiency through great economy of means, all leading to standard procedures that could end in standard solutions. That is why they are almost like a kit of modules that can be freely adapted and combined. And due to the ephemeral use and the implicit mobility the efficient design of transports was in our mind during the all process. Bares de Gaia were also a test on the appropriation of a building by its inhabitants.

When the owners felt the need to extend their kitchen area, we designed a new module that could be simply added to the original set, proving the flexibility of both the conceptual and the constructive systems. Finally a new extension was asked - a terrace, one that could be somehow closed and used during the whole year. The answer came as a new but rather special pavillion, built in 2008, right by the side of the previous ones.

The new pavillion is pretty much about skin becoming structure. It's essentially a steel frame defined by a transparent honeycomb structure. It had to be that gentle, not only in order to maintain a strong coherence in the set, but also to correspond to the breathtaking landscape. But through that extremely simple gesture we were able to maintain the formal vocabulary of Bares de Gaia while we play with the required transparency and versatility between an open and a closed space, depending on the climate conditions - it should be a versatile space, protected from the seasonal changes of weather but open to the river breeze in warmer days. The structure assures a span of 27 meters with a 5mm metal sheet assemblage, 40 cm high, creating a very expressive honeycomb pattern, which brings to the inner space a constant play between light and shadow, and an optical effect from a play between mass and lightness.

If there is a beauty in this, it comes with this structural pattern, the very essential gesture. The precision, rigour and repetition of the structural module is complemented by its expressiveness. The flexible glass structure completes the purpose, assuring the closure. Bares de Gaia could be seen in some way as prototypes, modules that could be universally applied and combined, and the new pavilion is the last piece of this kit, though taking its abstract qualities to a new level. 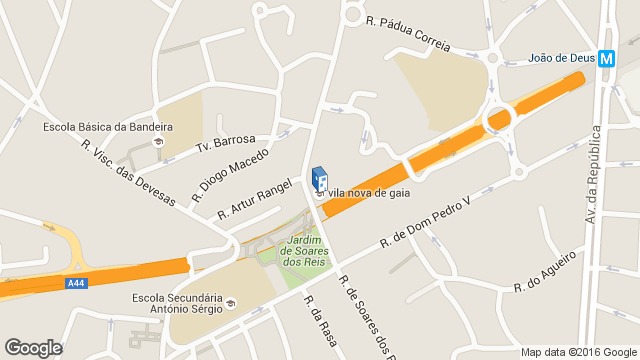