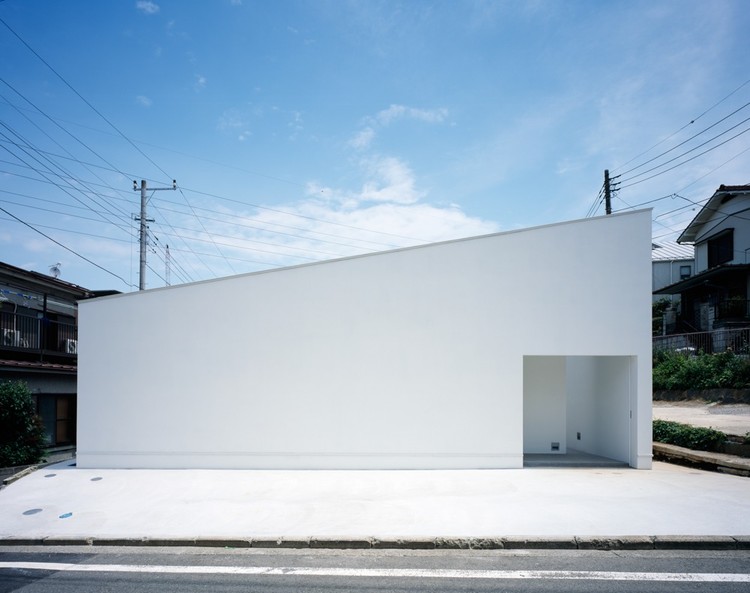 This one-story residence for a single woman is located in a hilly area of Yokohamam, Japan. The client requested a house with an internal courtyard that would eliminate the differences in elevation throughout the site while ensuring a sense of privacy and comfort. In response, we decided to model the facade after a simple box encircled by the walls of the building.

In order to prevent the interior from becoming just a simple one-room space, we considered each of the necessary components to be a "story." Opening the door reveals a partial glimpse of the private courtyard that extends beyond the slender window in front of you. A glass entrance door stands at one end of the long, narrow porch, while the skylight at the top fills the interior with a soft, gentle light.

The house is laid out in such a way that you can bypass and go around the long, narrow alley to arrive at the main living area. In contrast with the dimensions of the alley, this voluminous space can also be integrated with the internal courtyard when the large sliding door is opened. The bedroom, a small breakaway space that lines up with the large central portion of the building while being detached from it, also connects to the backyard, which is itself linked to the dressing room. All of these living spaces were designed to invariably face the exterior while also ensuring a certain level of privacy.

Two different spaces and two gardens, laid out with a slight lateral deviation between them: a complex, nuanced interior was created just using a series of simple manipulations. In contrast to the simple facade that resists being influenced by the exterior environment, a unique, individual and complex worldview takes shape within the interior of the house. The manifold surprises that emerge from this process are precisely the essence of the "narrative" that we tried to create - the key to coaxing fresh perspectives out of both everyday and extraordinary life experiences. 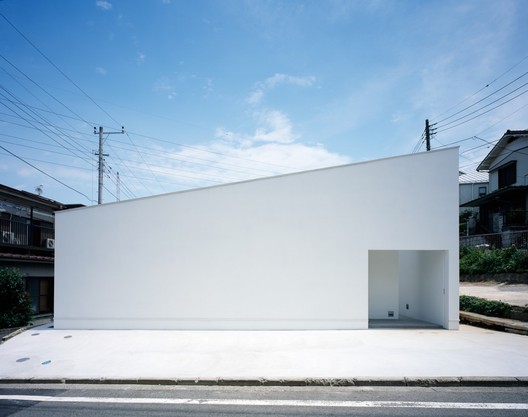