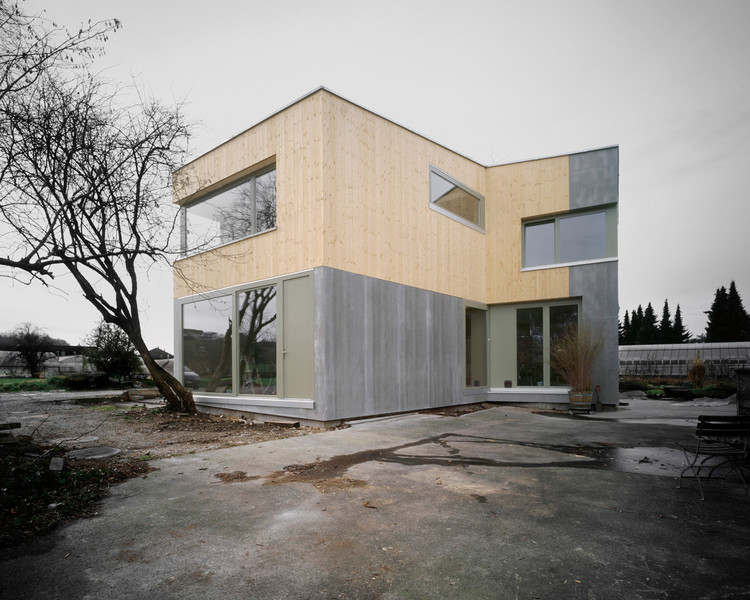 Text description provided by the architects. House Müller Gritsch in Lenzburg. The artist couple Barbara Müller and Stefan Gritsch lived for 25 years in the former carpenter's workshop shed of Barbara Müller's father. The sale of the building offered the couple the possibility to construct a new house in the yard of the building complex, on condition that the building costs did not exceed the funds raised from the sale.

The only feasible way to realise the substantial spatial program involved at the set price of CHF. 580,000 was to design the house in prefabricated wooden elements. The existence of a previous basement made excavation works superfluous and, after prefabrication, allowed the erection of building to be undertaken in record time. The end result was a cubic price of CHF. 480.

However, it should be emphasised that the search for innovative solutions was not merely motivated by the cost constraints. The resulting architecture deliberately mirrors a conscious attitude that defies the polished superfluity so deeply ingrained in contemporary lifestyles and attempts instead to address more substantial issues. The finished project affords the artists, who spend much of their time at home, spatial variety and complexity, and encourages both users and visitors to explore and rediscover the house anew. In this sense the house constitutes an introverted vessel, complementing the nature of artistic work whilst simultaneously creating deliberate links with the outside world.

Considerable emphasis was placed on the relation towards the surroundings. The windows are placed in such a manner to frame Lenzburg castle, the Staufberg or the Goffersberg as if they were pictures. In terms of urban planning, the polygonal volume and the neighboring carpenter's workshop form a courtyard around which the studios and the kitchen are orientated. The 1 1/2-storey living room constitutes the spatial focus of the house out of which all of the rooms are elaborated around the central nucleus, containing the chimney and the staircase.

The house is conceived as a spatial continuum, enabling a wide variety of spatial relations. Both of the two studios can be partitioned from each other, but simultaneously can be read as an extended living room. 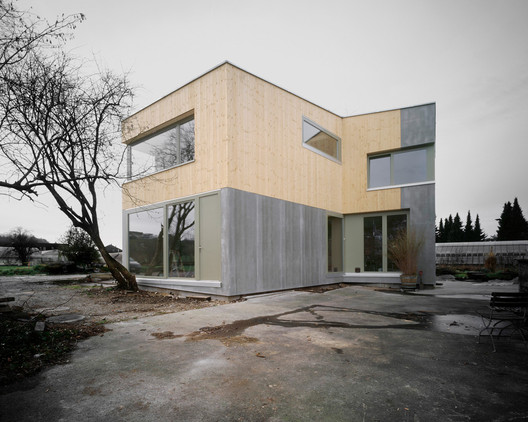