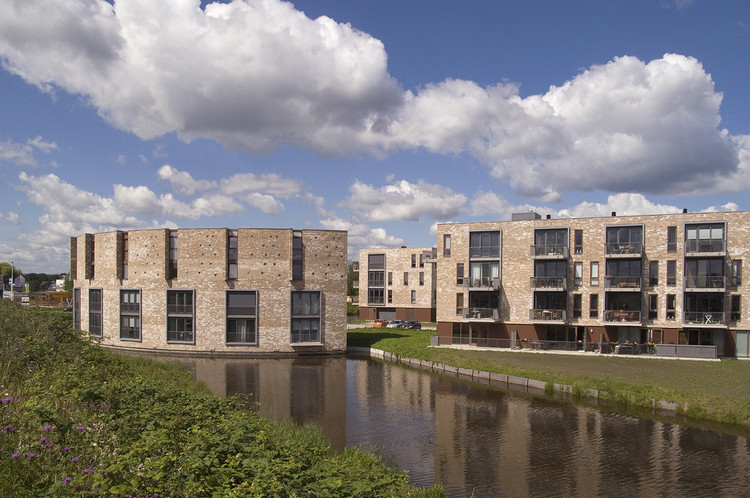 Text description provided by the architects. In the district Dragonder in Veenendaal LEVS architects designed three parts of a project. The location is a prominent corner of the district, right on the water. The Bastion, 15 ground level residences in the shape of a half circle border directly on the waterfront behind which lies an important access road, which causes some noise. The Bastion is flanked by Lunet, two apartment buildings with 12 and 18 residences. The central avenue that leads up to the Bastion and the apartments is flanked on one side by four buildings each with 5 ground level residences.

In the original urban development plan the Bastion and the apartments were one volume. LEVS architects separated these so that the Bastion now has its own identity of a half-round fort rising from the water. The building has the specific look of a castle, such as horizontal windows flanked by bricks sticking outward that enhance the idea of a fort.

All projects are made with the same marl coloured bricks clamped in Euro format. The extremely large size (11 x 25 cm) of the bricks emphasises the reference to castles and forts and gives the residents a robust appearance. This reference is enhanced by the large contrast in the façades between large and narrow windows and large parts of closed façade. The windows frames are aluminium. 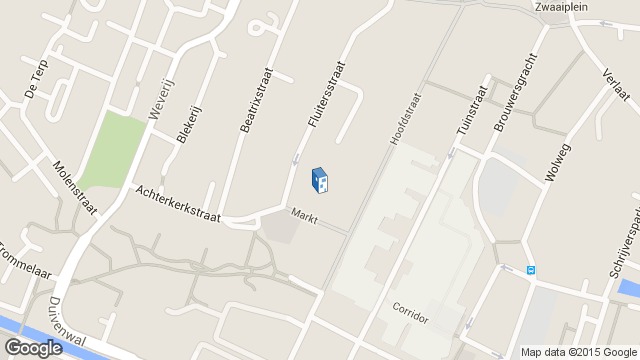