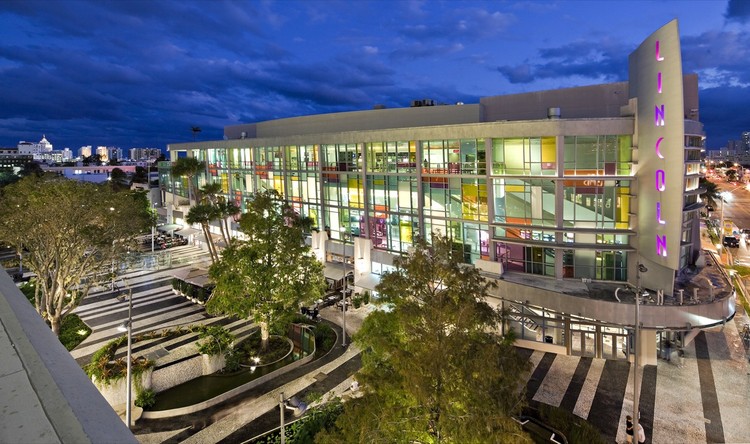 Text description provided by the architects. We have previously featured 1111 Lincoln Road by Herzog & de Meuron. We focused mostly on the building and interior design, but the landscape is equally note worthy and should not be missed. Raymond Jungles, the project's landscape architect, generously shared with us the project from his perspective.

The design for 1111 Lincoln Road bridges the urban dweller with nature, affording vantage points and multi-functional areas for the users of this foremost pedestrian mall in Florida. The roadway turned greenway and waterway is an Everglades-inspired aquatic-infused environment where specimen Cypress trees anchor the “urban glade” within the pedestrian plaza. The re-pedestrianized block of Lincoln Road has created an unparalleled variant of civic space in Miami Beach.

Lincoln Road Mall, built in 1960, is located in Miami Beach, Florida, a 7.1 square mile island between Biscayne Bay and the Atlantic Ocean. 1111 Lincoln Road is one block of a mile-long pedestrian mall consisting of a series of blocks running west from Alton Road to its eastern terminus at Washington Avenue, with each block bound by north/south street automobile crossings.

The planning and design of 1111 Lincoln Road emerged from close assessment of the existing site conditions as well as the overall history of Lincoln Road Mall, originally designed by Carl Fisher in 1914, re-designed by Morris Lapidus in 1960, and once again re-designed by Ben Wood in 1994.

Raymond Jungles, FASLA, was hired by the client to lead the landscape design, in collaboration with Herzog & de Meuron, for this 353 feet long x 100 feet wide westernmost block of Lincoln Road. The design of 1111 Lincoln Road aspires to be bold, simple and timeless. Raymond was required to maintain compatibility with Morris Lapidus’ original vision of an outdoor tropical setting for shopping and dining on Lincoln Road. He sought to reinstate the native Florida landscape to provide habitat and shelter to animals, while educating the participant. The ultimate goal was to create a healthy, vibrant and enduring civic landscape for visitors and residents alike.

The first challenge was the relationship of scale to the existing buildings which block much of the daylight in the winter. As a result, semi-deciduous Live Oaks and Cypress trees were installed to allow sunshine within the plaza during the winter and to create protective shade during the summer. Silva Cell technology was utilized to supply additional soil volume for the mature tree material, approximately 400 cubic feet of additional bio retention soil per tree. The second challenge was the grade change from the north to the south ends of the site. Raymond Jungles wanted to maintain maximum visibility into and through the space, yet had to create an almost 7 foot high vault for the water garden equipment. By necessity, the design was confined to the linear character of the 1100 block of Lincoln Road Mall.

The third challenge was the high level of the water table on the south end of the site. Raymond determined that only salt-tolerant Sabal palms and pachira aquatica were suitable for that area. The fourth and most important challenge was gaining the approval of the design from the City of Miami Beach’s Historic Preservation Board. The 1100 block is located within two architectural districts and is considered non-contributing to the overall mall, as it no longer retains original Morris Lapidus’s design features. With that in mind, Raymond was challenged and inspired to design elements that were sympathetic to Morris Lapidus’s idea of a promenade animated by pedestrians flowing through outdoor dining areas and retail spaces.

The 1100 block of Lincoln Road, with its steady sun exposure through ubiquitous palm tree lined sidewalks and constant car traffic, was uninviting to locals and tourists alike. Now, the space is in motion with people, plant life and sound. It is an inviting green space exclusively for the living and breathing. 1111 Lincoln Road is structured by water gardens, planting areas and varying width stripes of Pedra Portuguesa pavement that act as an interface by extending and defining pedestrian movement and visibility for the existing retail businesses, restaurants and entertainment venues. The design cultivates an atmosphere of native Florida without losing a sense of distinction as a pedestrian mall.

A central open space is defined by a slightly raised platform, unique in architectural form and integrated in function, which creates flexible space for public gatherings, presentations and events. A variety of Florida native trees, palms and grasses recreate a sense of nature while providing a smooth transition between the building and human scale. The promenade, complete with commercial aspects of outdoor restaurant seating and retail stores, creates a unique visitor experience. Many shoppers find themselves spending more time browsing below the surface of the verdant water gardens than through store windows.

Curved, unpainted, polished concrete planter configurations echo the shape of the structures they surround, made with reinforced concrete rather than steel beams, facilitating the flexibility of the building envelope. A recirculating pump system drives the four water garden areas of 1111 Lincoln Road. Wetland planted areas have been utilized to aid in biofiltration and reduction of waste, with water intakes under the wetlands to encourage slow flow through plant media.

The plaza is a place for families to rest from a long walk or after a wonderful meal. The water gardens attract a child’s curiosity, unleashing their energy to twist around crooked Sabal palms and squeeze through mature Live Oak branches. Parents hoist their young up onto the concrete benches where they search and point at the small fish, turtles and the occasional heron on the hunt for nutrients. Although the project had been officially completed and the fee exhausted, Raymond still felt the garden was incomplete. A few local nurseries were willing to donate bromeliads and epiphytes for the Oak and Cypress canopies, which he personally tied to each and every limb. The eponymous water environments are symbolic of native ecosystems more than touristic preconceptions, formulated at a pedestrian scale and equipping 1111 Lincoln Road for future years of use. 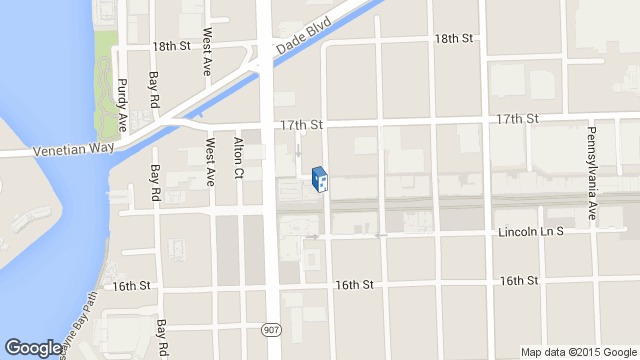 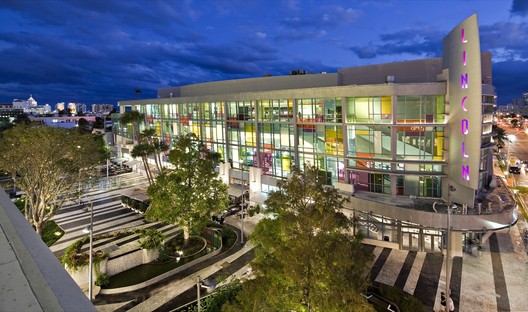