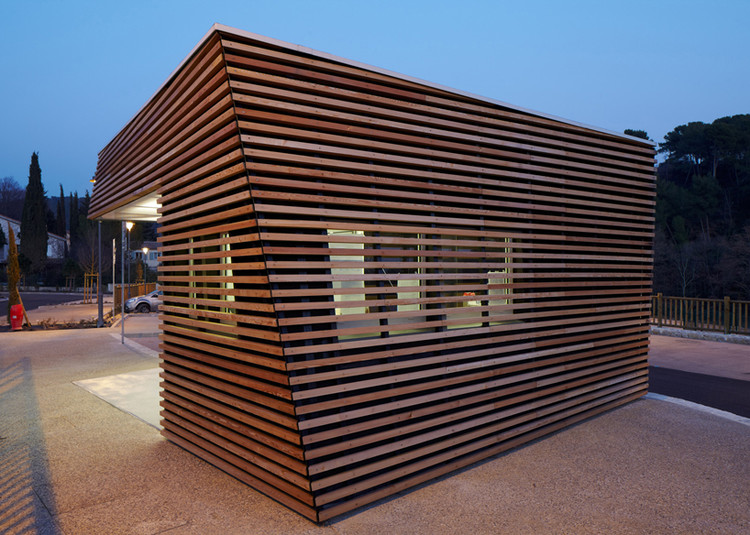 Text description provided by the architects. The parking lot is situated outside of the city center, surrounded by a lush landscape, placing the building in isolation where it is highly visible against the flat parking lot. The presence of the original parking program forced us to design on a cramped area of pavement at the entrance. These conditions prompted us to focus on the value of the project as a symbol as well as its morphological autonomy.

Driven by the environmental context from which the project is derived as well as the surrounding landscape, we looked at the concept of a cabin. From concept to construction, the project demonstrates a real approach to sustainable architecture with natural and environmentally friendly materials from local industry that were acquired from nearby businesses and carried out by local labor.

The objective is simple: control the entrance and exit, guide the vehicles, ensure a clear view of the entire parking lot, all while offering the public a welcoming and informational space. The architectural expression of the pavilion was found in the contradiction between controlling and welcoming the public, forming a duality between a plain building that groups the necessary mechanisms for control, while realizing that which is also necessary to create a welcoming public atmosphere.

To create a presence on the plot between a fence and the parking lot, we had to start by finding our place and a way to profit from the traces of the original building and its restrictions. In plan, the building respects the existing guides of the site by running parallel to the road and the fence. It begins to twist at grade to direct the reception area towards the pedestrian walkway. The goal was to reinforce the opening of the building towards the public through a simple and clear visual context. The twist heavily influenced the project by materializing the programmatic tension between controlling and welcoming the public, resulting in a hyperbolic paraboloid shape.

A single lowered corner permits the projection of the roofline over the entrance, creating a unique slope. The apparently simple geometric form hides the kinetic game at play, influencing the way in which one perceives the building and making it difficult to understand. The contortion attempts to go along with the flux in circulation that surrounds it. It is in this simple distortion that a complex shape is generated, achieving the project’s objective: a discrete yet intriguing contemporary form found in the diversity of its perceptive approaches.

We chose an L shaped plan that optimizes the attendant’s view of the parking lot with openings on every facade. The layout creates a large area that is both open and protected. A canopy which is lit at night reinforces the presence of the structure and its program after dark. This space assembles and shelters the group of public services in such a way that all of the amenities (such as the restroom and attendants office) are easily accessible, while the exterior service fixtures (automated ticket machine, waste receptacle, newspaper dispenser, alarm, climate control and lighting) are integrated into the wall.

The envelope system ensures the protection of the glazing in terms of thermal heat loss and security. It functions as a brise-soleil and helps with the ventilation, addressing the need for comfort during summer months. Inside, the cladding is composed of bakelised plywood. This material is used in the form of strips placed horizontally along the geometry defined by the structure. Backlit polycarbonate alveolar panels for the ceiling laminated flooring, and a natural resin complete the interior materials used to contrast with the rough exterior envelope. 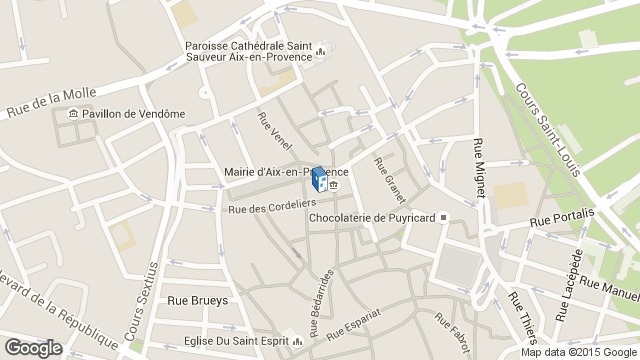