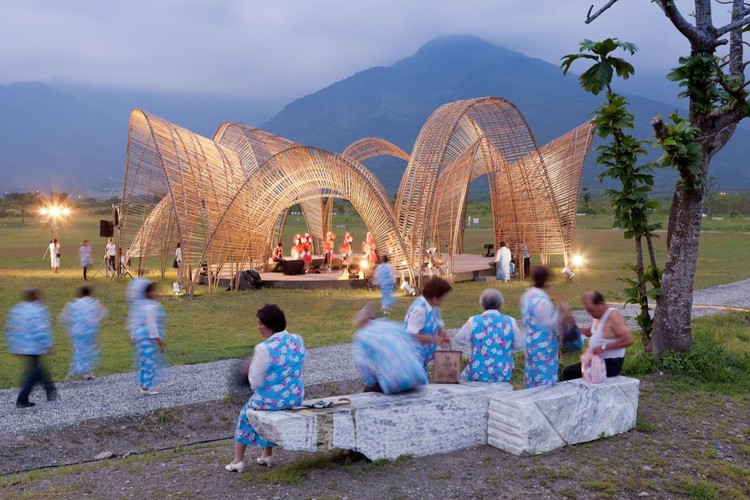 Text description provided by the architects. On May 22nd, 2011, framed by green bamboo vaults, Taiwanese President Ma Ying-jeou stood at a podium inside Forest Pavilion to inaugurate the Masadi Art Festival. Facing a crowd of celebrators, designers, and protesters, President Ma delivered his administration’s vision for a low carbon future.

nARCHITECTS’ Forest Pavilion - completed in May 2011 - serves as a shaded meeting and performance space for visitors to the Da Nong Da Fu Forest and Eco-park in Hualien province, Taiwan. The project was conceived within the context of an art festival curated by Huichen Wu of Artfield, Taipei for Taiwan’s Forestry Bureau with the object of raising public awareness of a new growth forest that is being threatened by development. The pavilion is comprised of eleven vaults built with freshly cut green bamboo, a material first used by nARCHITECTS in the internationally acclaimed 2004 Canopy for MoMA P.S.1. As an extension of techniques developed in 2004’s Canopy for MoMA/P.S.1, the 60’ diameter and 22’ tall pavilion is built with green bamboo. Forest Pavilion was chosen to host the opening and closing ceremonies of the art festival, becoming a focal point for the park.

This new circular gathering space emerges from the ground in a series of eleven green bamboo shading vaults, organized in two rings around a void. The plan is inspired by the rings of a tree, and the different form of the vaults by growth patterns in nature. In the same way that the infinite variety of shapes in a tree emerge from very simple branching rules, the configuration of vault shapes uses a single geometry, the parabolic arch, in a way that could in theory generate endless configurations.

The pavilion is also designed to be used as a small outdoor theater. The circular ring of decking serves as either seating for spectators watching a performance in the central void space, or as a circular stage. nARCHITECTS’ mission was to design a landmark installation suited for the vast scale of its scenic site, while providing a sense of enclosure, shade, and seating for park visitors and various scheduled events. Forest Pavilion’s relationship to the existing site is diaphanous and light – the pavilion sits lightly in its environment with minimal disruption, yet with lighting becomes a beacon at night, underscoring the relative emptiness of the valley.

Hualien County is the traditional territory of the aboriginal Taiwanese Amis tribe. Used for sugarcane cultivation under Japanese rule and eventually passing into the Taiwanese government’s hands, the Forestry Bureau faced criticism for not involving local inhabitants in the planning and development of the Eco Park. While there is broad support for preserving the forest, there are also plans for development by the provincial government, including the construction of a casino. In recognition of the cultural diversity of the region, the pavilion’s vaults, each one presenting a unique ‘gateway’ into the meeting space, sought to formalize this diversity and suggest an opportunity for unity in support of a greater environmental benefit.

The pavilion hosted the opening day ceremonies for the art festival and Eco-park with dance and music performances, speeches from local and federal government officials, and an address by President Ma. The closing ceremony, a more intimate and local community affair, began at dusk with a lantern parade culminating at the pavilion with a light show. The festival came to a close with both performers and audience uniting in traditional song and dance at the pavilion. 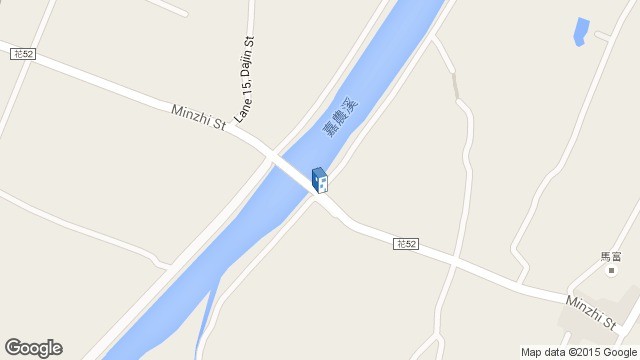