Text description provided by the architects. The Lanjarón municipality is on the southern flank of Sierra Nevada. It is famous for its crafts, its honey and the quality of its medicinal water, including one of Spain’s most famous spas. The museum project began with a search for a site favored by the presence of the water in natural conditions. The chosen area is at the entrance to the Sierra Nevada Regional Park, alongside the Lanjarón River and an irrigation ditch that runs around several old buildings that were formerly the municipal abattoir. The museum is installed in on this site to safeguard the natural environment from property speculation with the design of a pedestrian itinerary that connects the new activity with the water infrastructure and several examples of traditional architecture, including watermills and an old public laundry.

A shortage of resources led this operation to consist of the reuse and recycling of local materials. The abattoir buildings, for example, have been adapted for the museum, incorporating the irrigation ditch alignment and the river into the new facilities via a simple system consisting of interconnected films of water. A square containing orange trees has been installed in front of the complex, raised slightly above ground level using stacked prefab concrete blocks and eucalyptus tree trunks of different sizes. This area is flooded with water from the ditch at different times to shape a space that changes in appearance as the day passes.

The shade and the scent of the orange blossom, the sound of water and the reflections when the square is flooded all create a refreshing atmosphere. The entrance is generated by installing a new wooden construction on the former site of the old abattoir courtyard. This pavilion houses a representative space devoted to water, a reference landmark in the landscape. The building is a reminder of the time when the Capuchina Spring was roofed in the 18th century to form a wooden building that housed Lanjarón’s first official spring. The new pavilion is designed as a space for the senses, suspended in the air, with two openings that invite the visitor to enter and experience the effects of light and darkness. A film of water that spreads across the floor intensifies the experience, a similar sensation to Islamic bath houses.

The minimal work on the former pavilions consisted of demolishing the interior partitions and leaving the wall and roofing structure in view. In the course of the process, we discovered that the structure originally belonged to a previous set of watermills, giving this recovery work an added archaeological dimension. The exhibition areas have been arranged using the selective occupation of the interior of the former buildings, leaving the corrals and other zones available for future requirements. In order to contrast the stone walls and the brickwork in the old mill, panels extradosed in white have been inserted to frame the location of the new work. The two main pavilions are used as audiovisual rooms, and a third building is used for the thematic exhibitions of the museum contents. In the oldest pavilion, a glass surface used for projections emerges from the ground flooded with water from the irrigation ditch, generating reflections that dance on the old mill walls. 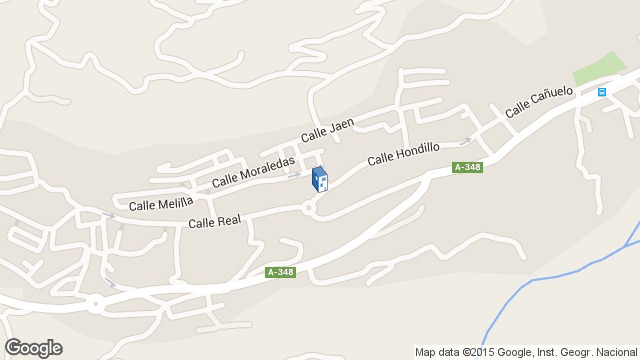