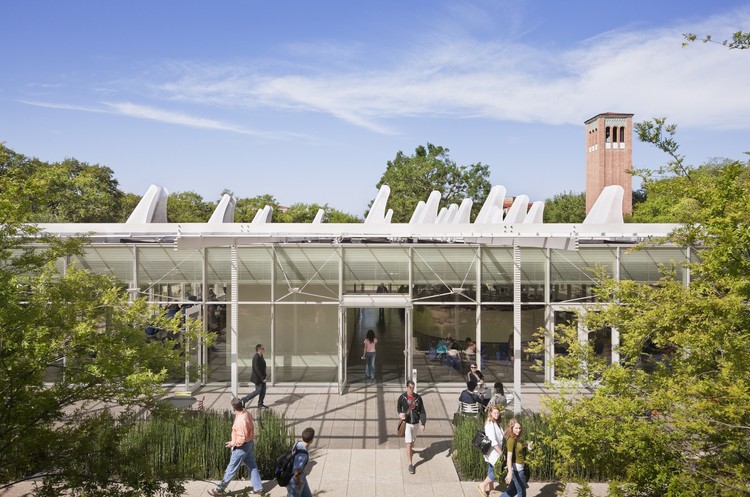 Text description provided by the architects. Conceived as a landmark destination for Rice University's campus, the Raymond and Susan Brochstein Pavilion demonstrates the ability of landscape architecture to foster social interaction and improve the human condition. A study in restraint and the purity of form, the garden at the Brochstein Pavilion creates a powerful spatial framework that has transformed an unstructured, underutilized quadrangle into the center of student activity on campus.

Founded in 1912, the Rice University campus is noted for its eclectic Mediterranean architecture, mature southern Live Oaks and a classical campus plan that emphasizes long, formal axes. After engaging students, faculty and alumni in a dialogue throughout 2005 regarding the future of the university, the Board of Trustees approved "A Vision for the Second Century." An aggressive strategic plan that recognizes the importance of placemaking in campus culture, the Vision acknowledges the need to "provide the spaces and facilities that will cultivate greater dynamism and vibrancy on the campus and foster sense of community." Inspired by the Tuileries Gardens in Paris, Houston architect Raymond Brochstein and his wife Susan provided a generous donation that allowed the University to achieve this goal.

The University challenged Thomas Phifer and Partners of New York and the Office of James Burnett to develop a scheme that responded to the constraints of the Central Quadrangle. Originally the primary east-west axis of the campus, the quadrangle was disrupted by the addition of the Fondren Library in 1940. Following a significant library expansion in 1968 and the construction of adjacent buildings, the quadrangle became ancillary space. Waiving the stringent architectural guidelines that typically apply to new construction on campus, the design team was charged with the creation of an iconic campus landmark that would offer flexible, non-programmed space that would become the social hub of the campus.

The Brochstein Pavilion is capped by a steel and aluminum trellis structure which protects the building and extends in all directions to cover and shade the surrounding seating terrace. The trellis, consisting of an aluminum tubes, protects the building from the harsh Texas sun. Hovering over and shading the entire structure, the trellis cuts the direct sun by an average of 70%. This extensive shade protection reduces the required mechanical cooling load by 30% and allows the structure to be open and naturally ventilated throughout much of the year. A series of wide double doors at the pavilion connect the interior seating areas with the surrounding terrace, opening the pavilion to the landscape and welcoming students and faculty.

The openness of the curtain wall system establishes a strong connection to the landscape, encouraging activities within the Pavilion to flow out into the surrounding Quadrangle. Daylight is carefully filtered through skylights by perforated aluminum sunshade diffusers at the exterior and by a perforated metal ceiling system at the interior, infusing the space with carefully controlled, soft natural lighting and further connecting the pavilion to the environment. The interior of the Brochstein Pavilion is activated by vibrant, casual seating groups and a seamless Corian kiosk. The interior Pavilion plan designed for small impromptu gatherings as well as large public functions such as concerts which are planned for the central Quadrangle.

Rather than focusing the majority of their energy on the quadrangle west of the building, the landscape architect instead chose to address the interstitial space between the Fondren Library and the pavilion. Responding the grid of the building, a bosque of 48 specimen Allee Lacebark Elms rise from a plane of decomposed granite and provide an organizational framework that humanizes the scale of the space. A generous concrete walk connecting the library and the pavilion bisects the grove into garden rooms whose perimeters are defined by plantings of African Iris. Long black concrete fountains filled with beach stone occupy the center of each space, filling the garden with the murmur of running water and reflecting the filtered light through the canopy. Movable furniture and subtle site lighting allow impromptu gatherings of visitors to enjoy the oasis created by the dense shade and running water day or night.

Respecting the lightness of the building, the landscape architect made minimal interventions elsewhere. New concrete walks and a row specimen Live Oaks reinforce the existing spatial framework of the quadrangle. Although the floodplain requirements necessitated a finish floor elevation considerably higher than existing grade, the architects favored a solution that would not isolate the building on a dramatic plinth. Carefully considering the existing trees, the landscape architect subtly manipulated the grading of the approach walks so that building feathers into the landscape and overcomes the tragic flatness of the campus. 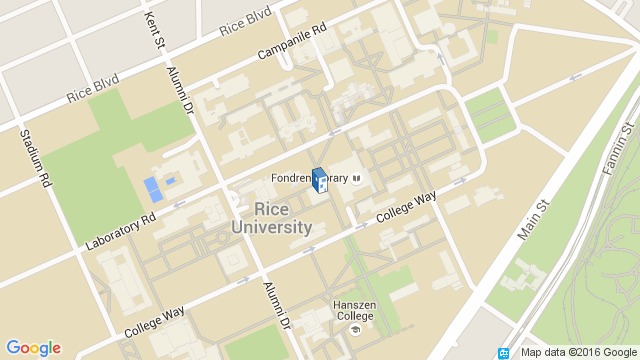 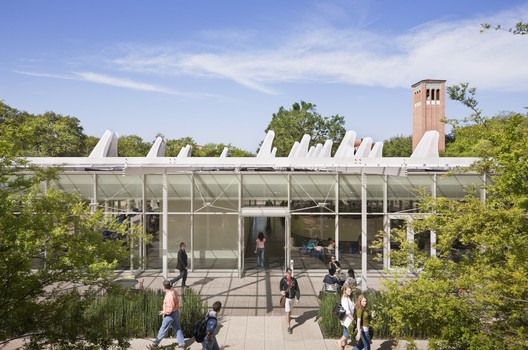