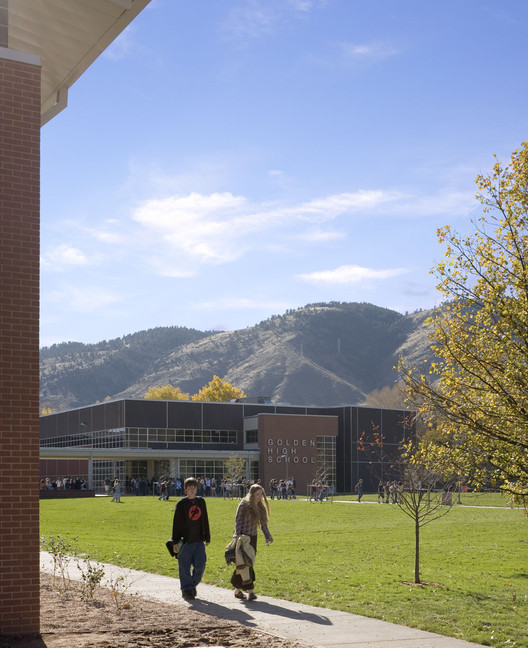 Text description provided by the architects. Golden High School has been in existence in name since 1873. The current building is designed by architecture firm NAC Architecture and is the fourth incarnation in Golden, Colorado. Completed in 2008, the new building by NAC Architecture takes advantage of the outdoors to create a positive environment for the students inside and out.

What sets this Golden High School apart from the previous buildings is its active appreciation for the surrounding environment. Seen behind the library to the west of Golden High School is Lookout Mountain, and Table Mountain is seen to the east. NAC Architecture was able to take advantage of the site to bring in these spectacular views and necessary light into every classroom. They accomplished this by creatively creating an interior courtyard with two separate buildings.

One of the buildings is in the form of a disjointed ‘L,’ with a kink in the longer leg. The ‘L’ shaped building has facades on both the southern and western edges of the site, as well as four other facades facing the interior. Its two stories contain the main entrance, classrooms, library, and administration. The second building is a one story straight bar bordering the eastern edge of the interior courtyard. Within this wider building are more public programs including gymnasiums and the cafeteria among other things.

The interior courtyard has many benefits, and was initiated to salvage mature trees on the site. The existing environment is a communal space at Golden High School that allows for light to permeate the building. It also serves as a means of circulation for the students between buildings. Large overhangs off the buildings’ facades create additional shade and gathering spaces within the courtyard. The facades are made of brick, and with ample window space.

Golden High School by NAC Architecture manages to take the best of the Colorado landscape into its own campus. The design uses openness as its advantage with the large courtyard uniting its program to the open sky and the mountains surrounding. 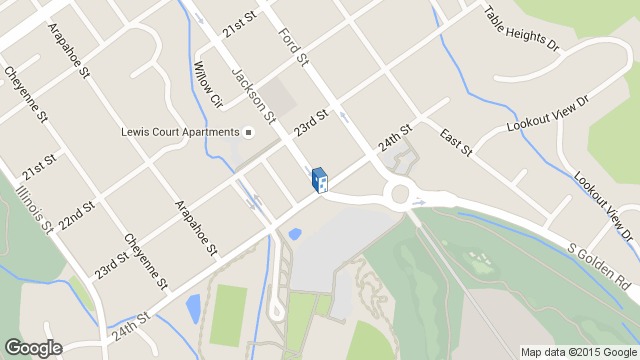