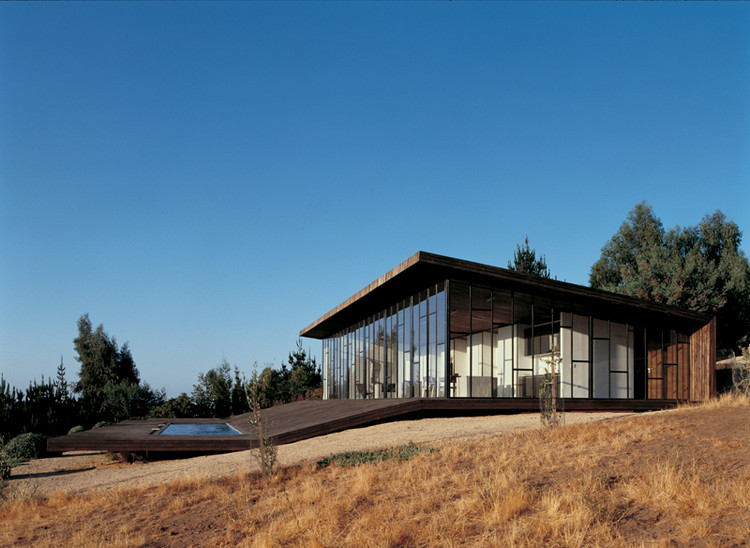 Text description provided by the architects. The sight towards the location of Rungue, displayed as a plane inclined looking the valley, having the Coast mountain range as background. The land suggested a large terrace, a platform from which it is possible to admire the overall scenery.

The project starts having in mind a deck of wood. Over this platform would be incirporated the different areas of the house. Nevertheless, the resources were exclusively aimed at this terrace, and the interior space was enough only for a large living area incirporated to this terrace. It was decided, therefore, to assign almost all these resources to resolve the housing based on two main components: a deck and a living area, being this later one capable of absorbing the kitchen, the dinning room, and even the master bedroom. Additionally, considering that in a summer holiday house dormitories are only used to sleep, it was decided to eliminate this concept, changing it for "a group sleeping area at which the space aimed at dormitories almost fully disappears from the project.

By means of a folding of this deck is achieved a match with the inclination of the land, and at the same time, the space aimed at housing, is confined. Then, the outside area is worked as a free zone that rests over the relief and the interior as a capsule of glass incirporated to the folding of this wood board.

The interior, likewise, was longitudinally divided in two through a wide wall of services, to which it is incorporated the kitchen and bathrooms, besides a set of beds in three levels, towards the back side of the house. These two spaces then turn into a large family room, dinning room and kitchen on the one hand, and a hall-group sleeping area with beds, on the other.

The board of wood this deck generates runs along all the house, from the lowest part, -where a swimming pool has been added- to the upper cover, turning into the roof, showing since the first glimpse to the house, the use of wood everywhere.

The main deck, which includes the pool, lefts an inclination, due to the slope of the land that looks towards east, as if it were a chaise longue of the full size of the housing, that gives space to the body in resting position, as if it deals with chaise longue. A second deck is the roof of the house, inclines to the opposite orientation, serving this time as a solarium, towards the west of the site. 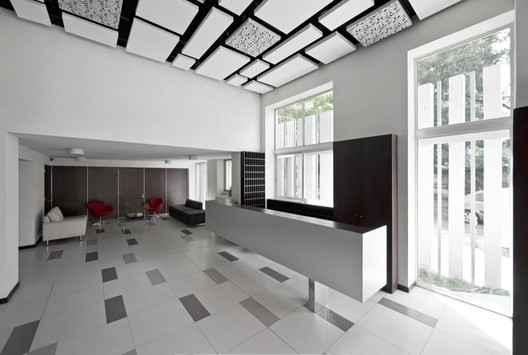 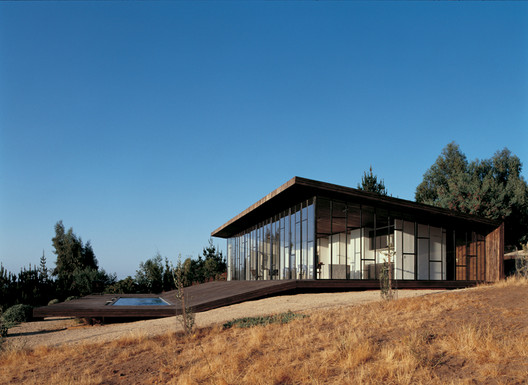