Save
Shepherd of the Valley Chapel / 3six0 Architecture 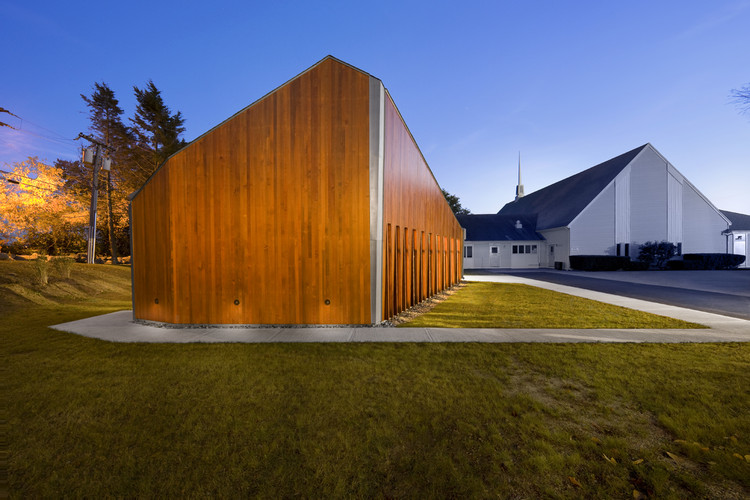 Shepherd of the Valley, a United Methodist Church in Hope, Rhode Island, hired 3six0 Architecture to prepare a study for their needs to expand. The existing church, built in 1970 using pre-fabricated vinyl-sided wooded construction, had grown too large and was no longer adequate for meeting the needs of worship, ministry, education, and other activities. 3six0's study revealed pressing needs for a new eduction wing, restructured sanctuary, reorganized entry, and an overall renovation of the existing building's exterior. For the first phase of expansion, 3six0 was instructed to design an appended chapel to the existing establishment.

The design of the chapel started with the plan and its perimeter walls. The walls at the south end of the chapel start as a continuation of the existing walls of the education wing. The west wall however, angles inward, in order to maintain an open outdoor space that could serve for gathering. Because the east and west walls are not parallel and because the ceiling's geometry on each side of the ridge beam is square to the east and west walls respectively, the lines of the geometry continue to spiral around from wall to ceiling, to wall to floor, like a string wrapping the space. The lines of the spiral slowly contract as the geometry moves northward approaching the geometrical infinite limit. "Spiral" comes from the Latin word, "spirare" or spirit - a figure that is always expanding and contracting like breath and the related words, respire, inspire, expire, and for the chapel, "spire."

The spiraling geometric order of the chapel is suggested on the exterior of the chapel at the window openings in that the widths of the windows become narrower as they approach the north end of the building. The chapel is clad in a taut skin of tongue and groove vertical grain western red cedar with the east and west walls canting outward, allowing rain water to fall freely past the building. The jambs of the windows are bracketed by sapele mohagany ribs that hold a true plumb line against the canting wall surface. Critical junctures of the building are articulated with zinc coated copper that extend upward to create rain water diverters, parapet cap flashing, downspouts and transition pieces between canted and plumb walls.

The south edge of the ceiling is a flat level at nine feet high, and progressively pushed upward as the spiral contracts towards the north reaching a height of eighteen feet. The geometry never closes, but approaches an infinite limit at the north end of the chapel where the roof leaves a gap at a skylight that illuminates the north wall.

The entry is at the point where the geometric spatial order pulls away from the existing education wing and forms a hinged gap between the new and the old buildings. The recessed light troughs, the pattern of the slate flooring and the walls, follow the lines of the geometric order. At some points the walls are short of reaching the ceiling and the floor. The foyer doubles back on itself leading to the entry of the chapel space. 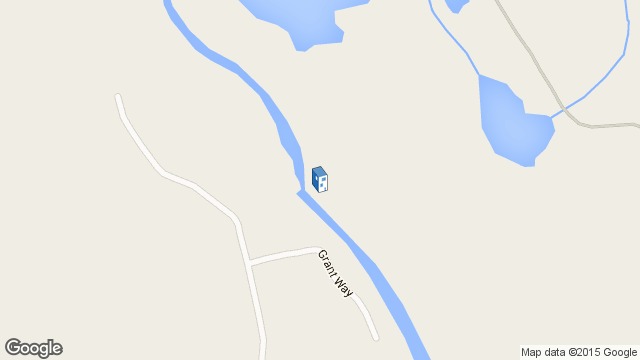