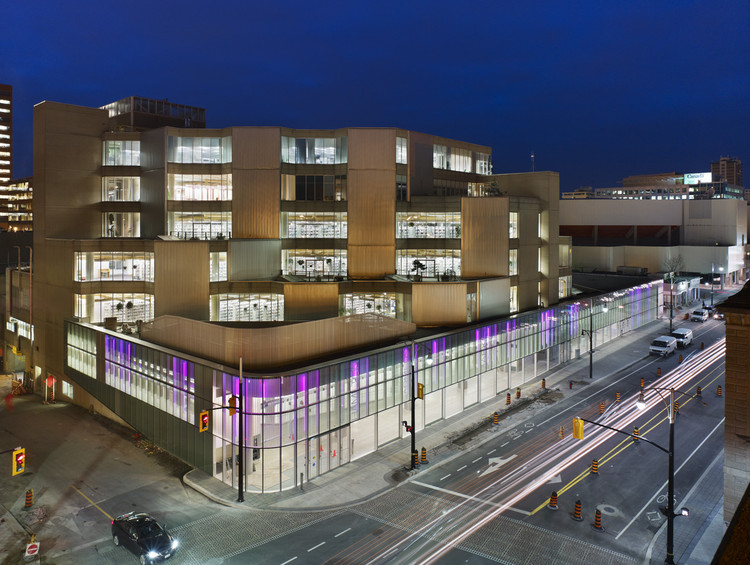 Text description provided by the architects. The Hamilton Farmers' Market and Public Library project is a major renovation and addition to an existing facility located in the city of Hamilton. The existing building is located on the south side of york boulevard at a key entry point to downtown Hamilton. York Boulevard is a major one way, east / west artery which traverses the downtown core and the city.

The building benefits from a long stretch of clear, urban street frontage along this thoroughfare. The design has attempted to take full advantage of this frontage, as the project coincides with the redesign of York Boulevard. This redevelopment will attempt to slow down vehicle traffic and encourage pedestrian movement along this portion of York. The library / market building is embedded within a dense urban block which contains Copps Coliseum stadium to the west, Jackson Square Mall to the south and city centre offices to the east.

The existing dual purpose facility was purpose built to include these two distinct public programs. The bulk of the building is a six story tower dedicated to Hamilton’s main reference library. The farmer’s market is located on two main levels. The upper level is a partial mezzanine shared with the ground level of the library. The lower level is a volume of program which slides underneath the ground level of the library. This basement level opens onto a large light filled atrium space connecting the market to the street, the upper market mezzanine and the library above.

The project aspires to rejuvinate the existing building through the redesign and reorganization of interior spaces of both programs and the construction of an addition on the northwest corner of the site. This addition relocates the main entry of the library to York Boulevard from its current position elevated and set back from the street edge.

The resulting design reclads the first two stories of the building in a new double glazed skin, stretching the length of a city block. This transparent, glowing, horizontal “tower” attempts to create a vibrant, contemporary and accessible face to the existing building. A facade which reconnects the library and the market to the new edge of a major downtown thoroughfare. Projecting the life and program of two distinct and important public programs to the city. 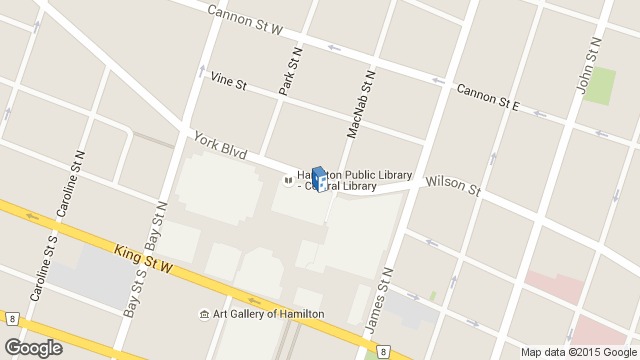 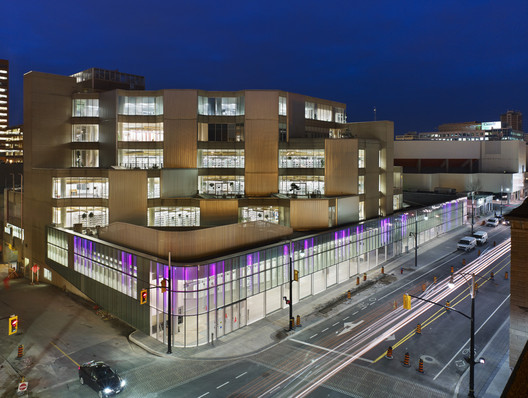 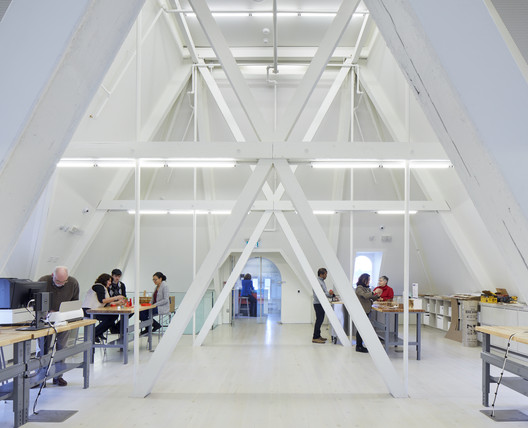