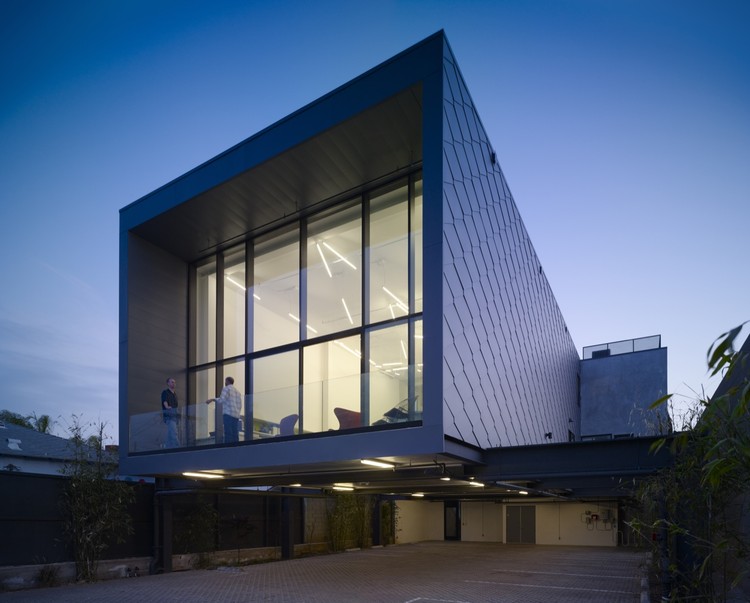 Text description provided by the architects. The 20th Street Offices serve as creative working studios for three design firms in Santa Monica, California. They consist of approximately 6,800 sf of studio space in a two story, plus mezzanine, building. They are located on a 7,500 square foot lot in one of the United States top ‘green’ cities. Santa Monica earned this ranking with its extensive Green Building Program and public policies. However, the prominence of sustainable initiatives in Santa Monica doesn’t end with policy; an extensive network of environmentally conscious citizens and business owners, of which the architects of the 20th Street Offices are a member, propels it forward. It is the firm’s desire, along side of its latest trajectories in architectural design and theory, to responsibly lead its fellow citizens, colleagues, and clients in green building initiatives and made no exception when designing their own offices as they pursued a LEED-NC Gold rating.

Beyond the efficiency of the natural systems that the architectural design could achieve alone, the 20th Street Offices are flooded with environmentally conscious and LEED compliant choices in energy efficiency, renewable energy, water efficiency, air quality, recycled materials and rapidly renewable resources.

In a place like Southern California where water conservation is critical, the 20th Street Offices achieved over 47% water use reduction. While the project maximized its open space 110% beyond the zoning code, the plants chosen for the landscape and green roof are all drought tolerant California natives, requiring less water usage. The irrigation is a dripp system with 90% efficiency and is controlled by two evapotranspiration sensors that limit water usage according to the particular plants’ needs in response to current and anticipatory weather conditions in their respective microclimates.

Preserving materials and resources was an initiative of the architect through construction and has been maintained after occupancy. They diverted 84.6% of the waste produced from demolition and construction from landfills by recycling and continues to participate in routine recycling. Over 30% of the material costs for the 20th Street Offices were spent on materials with recycled content. Another 2.6% of the material costs went toward rapidly renewable material with the use of bamboo on the millwork.

The architects compiled an Indoor Air Quality Plan for all contractors working on the 20th Street Offices to comply with while onsite. The document served to ensure clean air quality during construction and required that every product used must be zero voc or low emitting. Prior to occupancy, a licensed third party was contracted to ensure that no harmful particulates were in the air and that the building had clean indoor air quality for its occupants. The 20th Street Offices intended to create a healthy working environment with regards to both the impact it has on its occupants as well as the one it has on its surrounding environment. Some results of these efforts were a 42% reduction in urban runoff of which 95.6% is treated before leaving the site, heat island reduction strategies for over 75% of surfaces and the promotion of alternative transportation through new company incentives and accessibility to bike storage, shower facilities, over 441 public transit trips per day and priority parking for fuel-efficient vehicles and carpools.

Each of the environmentally conscious and LEED compliant elements that went into the design and construction of the 20th Street Offices, has been put into a case study and signage program throughout the building for visitors, clients and the occupants themselves to use as an educational tool and test subject to experiment with future green building products and initiatives. And minimizing the buildings impact on its environment. 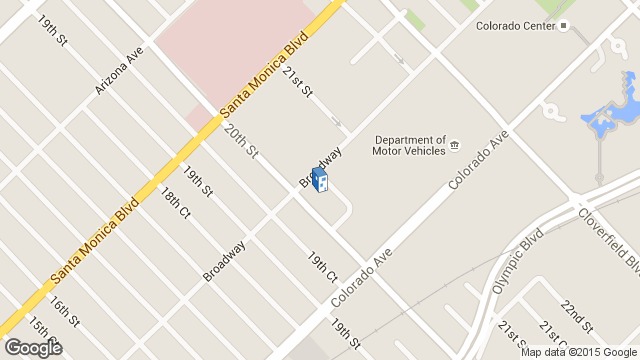 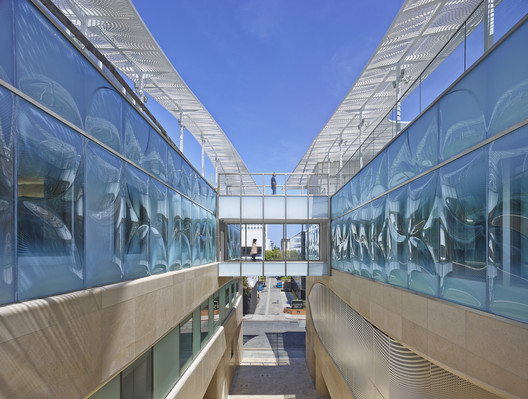