Save
The Golden Box / K2Ld Architects 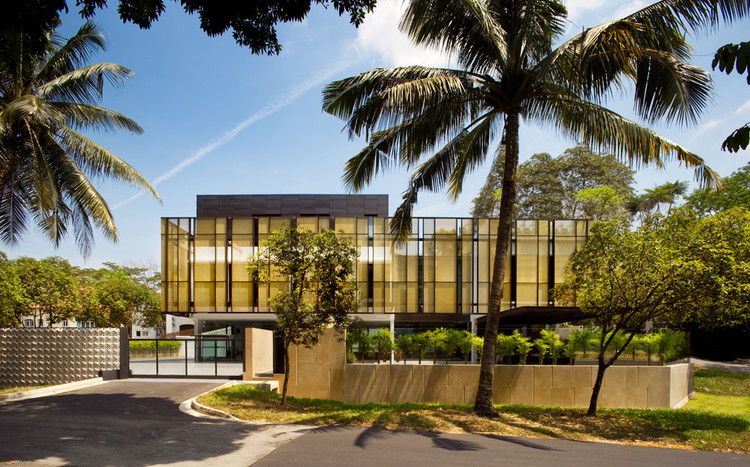 Text description provided by the architects. The intention of the house’s design is to define and blur the visual threshold between the public and private areas of the house. The transparency of the house decreases in ascending order as per their functional requirements. Their surfaces clearly express their openness of the daily living habits and rituals.

The boundary walls mediate between the inside and outside. Behind the glass wall is a row of bamboo for screening. It is the foreground for the floating golden mesh and serves as a backdrop for the glass box on the ground level.The middle box is the main feature of the house, screened in varying porosity of golden mesh. This golden mesh acts as a light veil over the private glassed areas of the second story. During the night, the screen dissolves and unveils the events within the house when the house is lit. The attic is conceived as being an opaque box clad in aluminum panels that create monolithic sense of tranquility and yet not appearing to be heavy.

The owner wanted to utilize every surface of a floor plate as well as having the flexibility of adapting to different uses in future. This calls for a rethinking of compartmentalization and access spaces.

The living/dining/family spaces are all combined into a large open space. The reduction of the walls to compartmentalize the spaces allows for flexibility. There are no corridors; the passageways are widened to become a usable space. The partition walls between rooms allow for change of use.

The configuration of the spaces are clear and direct, having the staircases as feature objects in space and a double volume space to connect the stacked plates. The boxes stacked on each other being a solution to the functional requirements is also inevitably the expression of the building form. 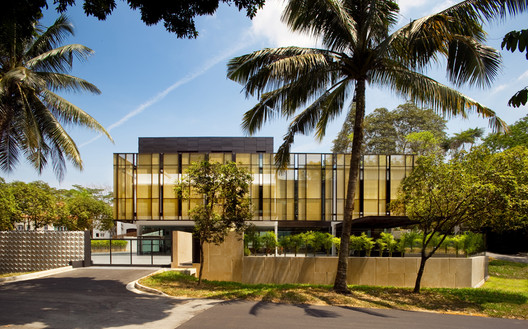