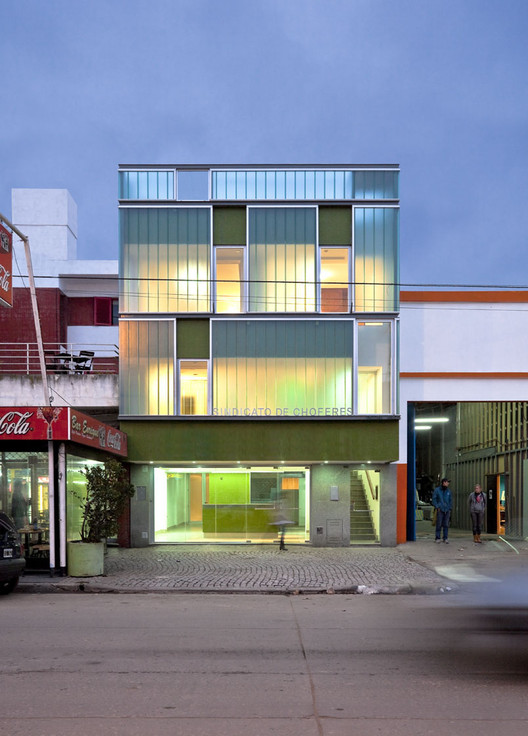 Text description provided by the architects. The project proposes the refunctionalization of a single-family house into the transportation workers union headquarters in the city of Pergamino, Argentina. The existing construction, a simple reinforced concrete structure with infill ceramic bricks, enabled a spatial re-organization with some degree of freedom.

1- Demolition of all non-structural elements blurred all spatial limits, accentuating the presence of the original slabs, previously obscured by the excessive fragmentation caused the existing partitions. A series of voids were open in the slabs allowing for communicating levels, unifying the spatial vertical development.

2- Insertion within the structural system of a series of "elements". Each of these elements generates their own logic to define functions, delimit space, connect levels, accentuate structure or delimit enclosures. The materials texture on these elements accentuates the difference between the original structure and the intervention. As a clear allusion to the materiality of the big trucks that populate the roads of the Argentinean pampas, sheet metal is used in different ways to articulate this inserted elements: folded up, perforated, formed in sections to resolve staircases, structure, rails and various enclosures. The auditorium´s acoustic treatment was solved with light wood panels composed with 1 x 2 inch sections and 1.20 meters long modules. The space between this sections works as a sound diffuser to decrease reverberation. Finally, the use of Venetian mosaics defines the institutional color and prevents the need of daily maintenance.

During the day, natural light illuminates profusely the working areas in order to avoid the excessive use of artificial light. At night, the light surges from the inside, illuminating the façade. The U-Glass curtain wall acts as the diffuser of the artificial light, the whole building acting as a sign or as the lights of a big truck, coming at us unexpectedly from within the urban block. 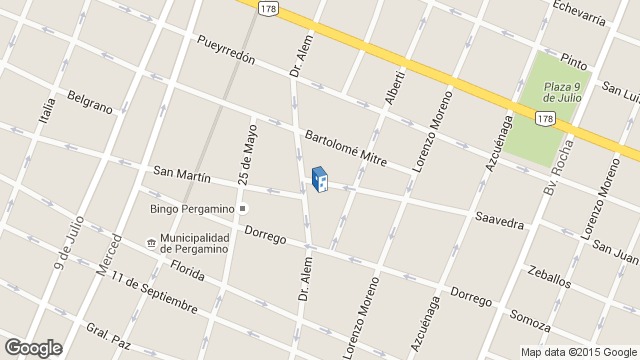