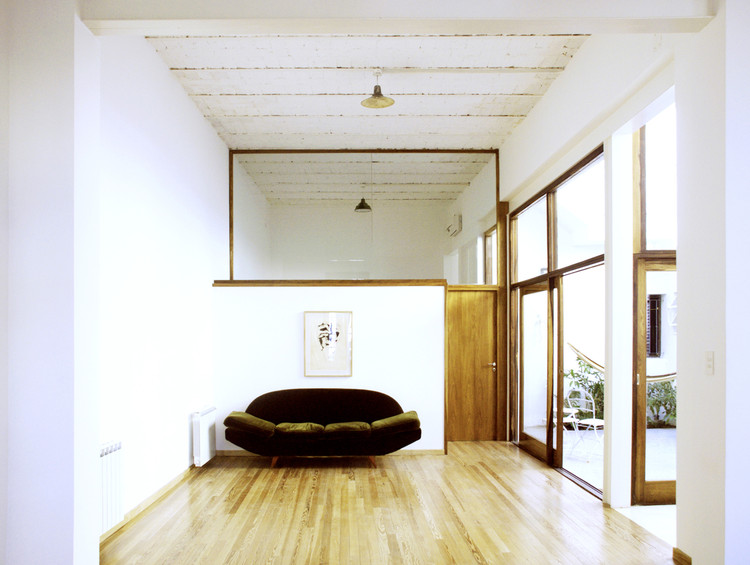 Text description provided by the architects. Our friend and client found this old house in the district of Palermo in Buenos Aires. The house had potential; however, it was in need of a complete restoration after several insensitive interventions throughout the years had caused damage to the original profile, making it gloomy and desolated.

Our first and almost unique decision was to hollow out the house. This would allow the light to come in as far and deep as possible. A top priority was to remove the many alien elements including: the low suspended ceilings, the obsolete metal windows, the precarious patio roofing and the khaki carpets that covered the otherwise gorgeous. Furthermore, the interior walls and the facades enclosing the patio were demolished.

As a result, within the first weeks of labor, the house was entirely reborn. It had opened up and was now breathing in air, light and space.

The big opened space that resulted inside is divided in two, a living-public space and a sleeping-private space, by a singular low-rise piece: the toilette. Natural light illuminates it during the day and, at night, when the lights are switched on, the restroom becomes a mysteriously volumetric lamp.

The terrace, previously almost empty, was subject to major transformation. It now holds a studio and a small home cinema, along with a broad green roof and a swimming pool that spans the whole width of the house.

The only parts of the house that had remained unadulterated through the years were the patio and the street facade. Nothing was done to these, so as to conserve the pregnant illusion of a mythical past inhabiting the contemporary. 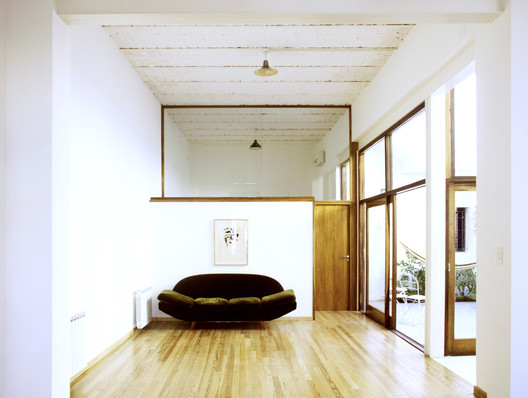