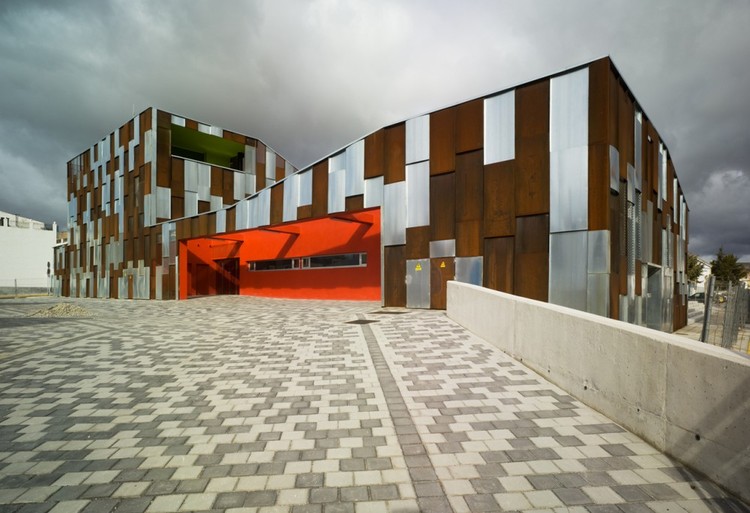 Text description provided by the architects. On speaking about Velez-Rubio it is inevitable to refer to the weight the landscape has on this population. From the motorway Murcia-Granada, Velez-Rubio emerges on the side of Maimon, as a child protected by her mother against the immensity of the grandiose mountain range of Sierra María, in dialogue with the peak La Muela. It must be pointed out that we are speaking of a territory full of revelations, like the discovery of the well known Abrigo or Cueva de los Letreros, located at the side of the mountain range Sierra de Maimon Grande, where paintings like the “Indalo” (anthropomorphic figure which has come to represent Almeria), “El Brujo” or “El Hechicero”, among others, are housed. The cave paintings of los Velez were declared artistic/cultural heritage by the UNESCO in December 1998.

In a place where the immensity of nature is so impressive, so full of nuances and contrasts, it was only a question of observing the keys that would determine the volume and the clothing of the building. Concepts like earth and snow, brightness and opacity, light and shadow, silver and brown…determined the use of steel as material to use, with certain nuances on its surface treatment. The rusty appearance of Corten steel interpreted the earth and the metallic appearance of galvanized steel materialized the glitter of the snow and the sky. The patina acquired with the passage of time will fuse, mix and stain the contrasts among these elements so that the skin of the building will age naturally without losing its identity.

At first sight the Health Center emerges as an amorphous volume, without any specific shape, in the same manner as a mountain peak. The building, as discovered by the person who walks or wanders through its surroundings, will reveal its fissures, hollows and carved caves in the steel piece. To emphasize hollows and carvings in the volume, different colors, symbols and texts are used. This will let visitors identify the different points of access to the building as areas where the wrapping skin opens and announces the interior. Walking around the building becomes a permanent surprise, despite the constant repetition of the pixel effect on the skin of the facade. We could say that the exterior of the building has infinite faces and infinite moments modified by the impact of the sun, the lights and shadows, the people that comes and goes or those that placidly use the public space of the piazza that gives access to the building. In the interior of the cave the most luminous and privileged spaces are reserved for those who await their turn of appointment.

But this shape of amorphous volume responds to a planned and functional organization. The idea of the building arises out of strict determinants, like the limitation of the built surface with a maximum deviation of 4%. This typology requires its own standards (built surface= useful surface x 1.53 –coefficient-). There is also a limitation on the surface area of the rooms, conditioned in their form, position and relation by a design guide for this type of centers in the region of Andalucia. So we decided to generate a flexible system that would give identity to this type of building. We departed from the notion of the sum of the parts or areas strictly abiding by the program and the law of the sum according to affinity, sequences and events looked for, just like a system generating a living entity solidified in an amorphous volume. We speak of the packaging of parts through one sole wrapping in the manner of a rod that supports and protects the bones and soft tissues, reducing pain, swelling and muscular spasms. The result is an amorphous volume that is tensed and stapled by one wrapping.

This comparison is assumed in a radical manner: the rod is the tissue that contains programs often sectorized. From the outside, its appearance is confusing. The openings needed to ventilate the rooms are diffused through porous perforations.

This packaging should faithfully show the landscape of the place, which in essence fuses the urban with nature. This creates a continuous skin that wraps the building defined by a pattern of random distribution of metallic panels formed by two types of treatment: Corten and galvanized steel. Set in sheets with the same width and two standard lengths (1 or 2 meters), only the disposition (open or close) varies. On the hollows in the facades, the opaque sheets are replaced by two types of perforated sheets with holes of two sizes. This simple mechanism with simple rules gives the wrapping a searched-for vibrant effect of silvers (snow-sky) and rusty orangey browns (earth) fused in the same manner as the materials that compose the mountainous background.

The election of this system gives the building other types of qualities, such as lack of scale and patina of time. The solution of the facade offers confusion to the real dimension of the building, that is, it makes it look big despite the fact that it only has two floors. The real scale appears at the moment in which the building interacts with a person, a vehicle or any other object of a different dimension. With time, the rust will bathe the pavement, will breed verdigris and moss in between the prefabricated pieces set horizontally in a pattern continuous with the metallic skin. 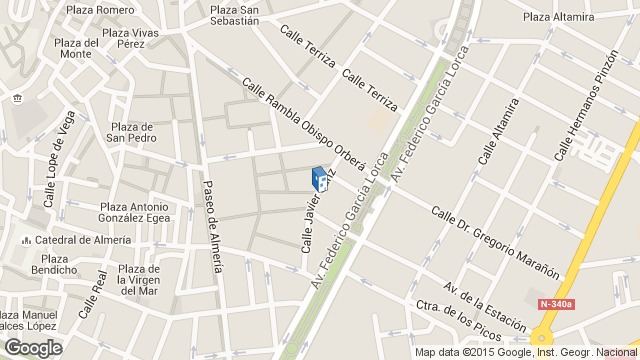 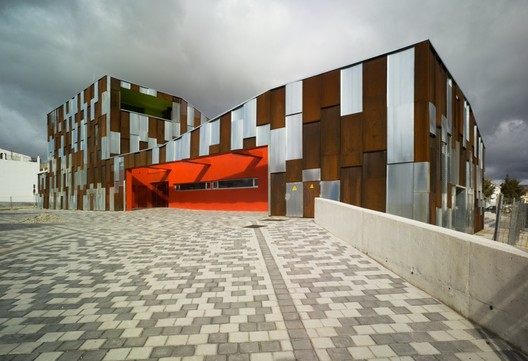