Save
The Seed House / T3arc 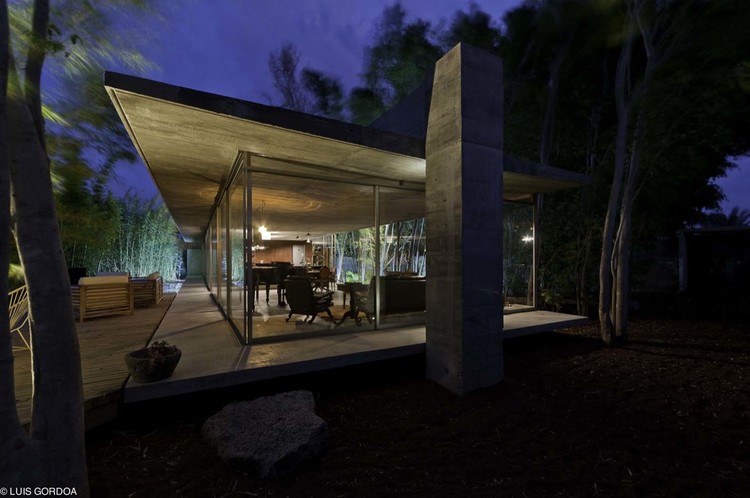 Text description provided by the architects. This house is located in Jiutepec, Mexico, in a vast terrain that previously produced and sold Fichus trees in one of its boundaries. The idea was that the house would not impact the natural context. Casa La Semilla has been a very quick and simple construction, and thanks to the qualities of concrete, it is difficult to determine the boundary between the inside and outside.

We did a house with bounded size that seems very large and it is almost imperceptible from several parts of the site.   Because trees were planted very close one together, they have grown tall and slim. Our proposal uses the trees as an advantage, covering the south sun while having a completely open facade to them.

We managed to cover 200 sqm underpinned by three central columns and a concrete beam that completely crosses them as an inverted pendulum.   In this way, we managed to have no strut in the rest of the house, and we had the freedom to manage the space under the deck as it best suited us.

The orientation of the house is north, because Jiutepec is a very hot area of the state of Morelos, Mexico. The house only has a master bedroom and a small room for a child; the rest of the house is open, with a bar for cooking and the living and dining areas together with an open view of the landscape.

In the south garden, an open area under the Fichus trees allows us to sit at a shaded table, while in the north façade, an open terrace under the sun allows us to enjoy a wooden deck that floats as a pier over a pond that is used in the garden irrigation system. Casa La Semilla is respectful to its surroundings, allowing the inhabitants to live as close as possible to nature. 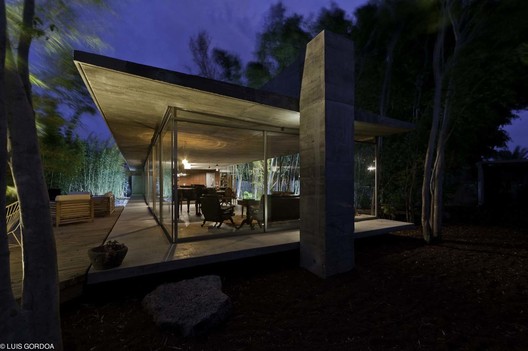