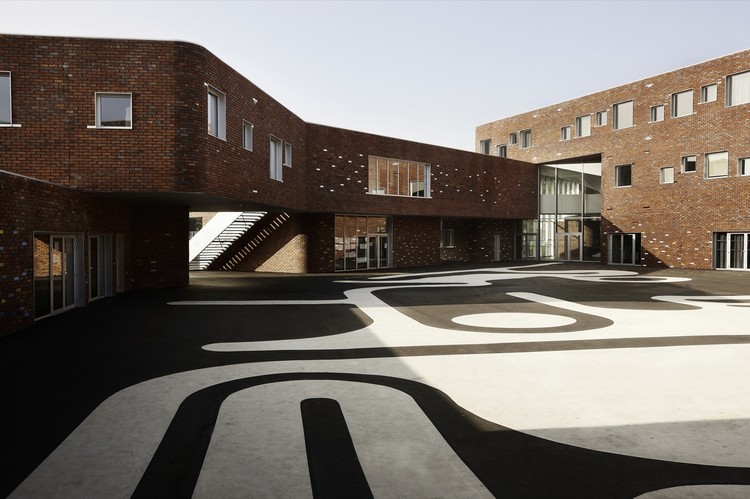 Text description provided by the architects. The Levi Strauss School is settled in the heart of a urban growth district, between its ancient housing, wharehouses and the port district of Lille, North of France. The main building’s settled on the urban boulevard, the main hall, highly transparent, is opened on the front square, this gives an institutionnal feature to the high school playing a major role within the district. The main entrance is through a porch at the intersection of Boulevard de la Lorraine and Rue Lestiboudois.

Very sunny and sheltered from the winds, the playground’s mainly mineral and generously planted. Opened on the playground, the entrance of the dining hall and club. Dedicated to the pupils facilities, those spaces have been thought like spaces in the bricks oriented towards the trees of the playground. On top of the covered playground situated on the southern side, the scientific classrooms offer a large view on the nearby urban environment. Connecting to these specialized classrooms, the library’s occupying a central position on the first floor with direct access to the school hall.

The asymmetrical alignment of the variously sized square windows bring light into the classsrooms and offer pupils large views of the city. On the southern part of the site, outdoor sporting facilities and a gymnasium operate independantly. As in many regions of northern Europe, brick is the only material used for the facades. The architects wanted rounded corners, so that the high school looks soft, there’s no sharp angle. The bricks are rendered in 3 stratums corresponding to the 3 shifted levels of the building which create open spaces and identify the entrance of the pupils. 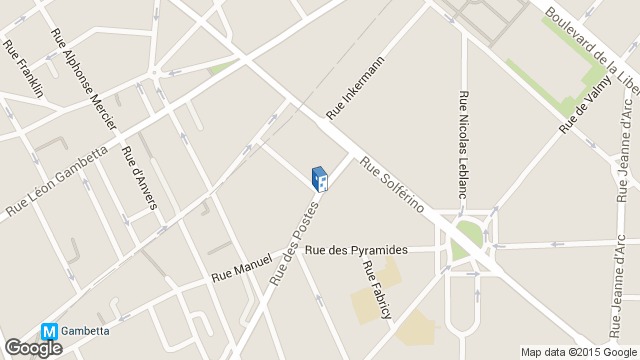