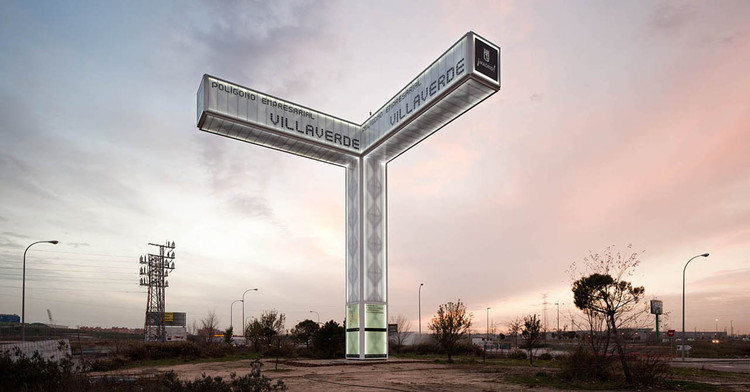 Text description provided by the architects. The sign system for industrial parks totem de/dos has been conceived in order to guide visitors who are not familiar with the site visually to their destiny in clear and evident way. Therefore, the system employs two types of posts. The objective of the design of the first is to give a recognizable and distinctive image to all industrial parks of the city, to visualize and identify them from long distance and any angle of approximation and mark the main accesses. Once located the industrial district, the posts facilitate more detailed graphic information – a map of the area and business listings of all companies. This information is repeated on the smaller sized secondary posts located strategically in the interior of each industrial park.

The structure is composed of galvanized metal profiles. The cladding is entirely of white coloured 40 mm thick cellular polycarbonate plates fixed on the perimeter with white coloured aluminium profiles corresponding to the respective panel system. The exterior plane of the primary structure and the interior plane of the polycarbonate cladding are separated 60 mm in order to locate led stripes in the interstitial space and achieve a homogenous illumination on the interior. The two inferior modules of all posts is realised in security glass to offer a greater resistance against vandalism. Printed vinyls with the graphic information are fixed on the inner side of these glassed modules.

The roof is formed is realised also in horizontally laid security glass fixed punctually on the secondary structure. In the interior of the structure a series of stairways are located connecting different levels of galvanized metallic grids that give access to the installations and its maintenance. Both posts are illuminated in its interior by white coloured LED stripes. The illumination is activated simultaneously with the street lighting of the industrial district. A distinctive colour of the lightning for each industrial park was proposed originally though finally all will be illuminated in white. On top of the primary posts has been foreseen the optional installation of photovoltaic panels without having been realised so far. All posts are equipped with graphic information – a map of the district and a business listing. 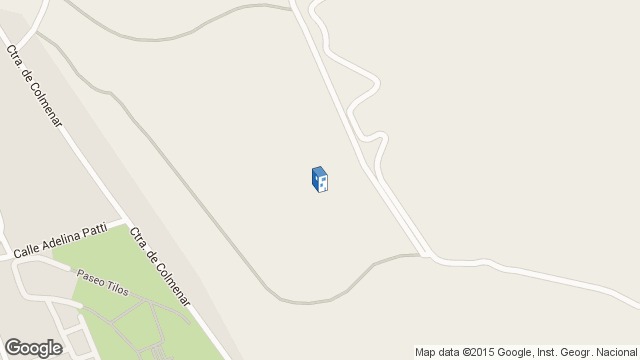 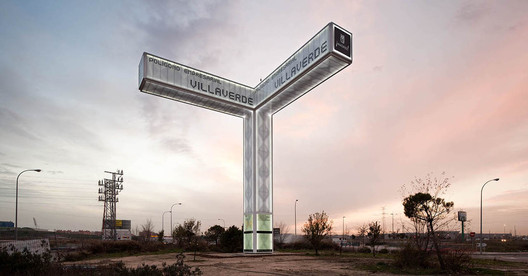