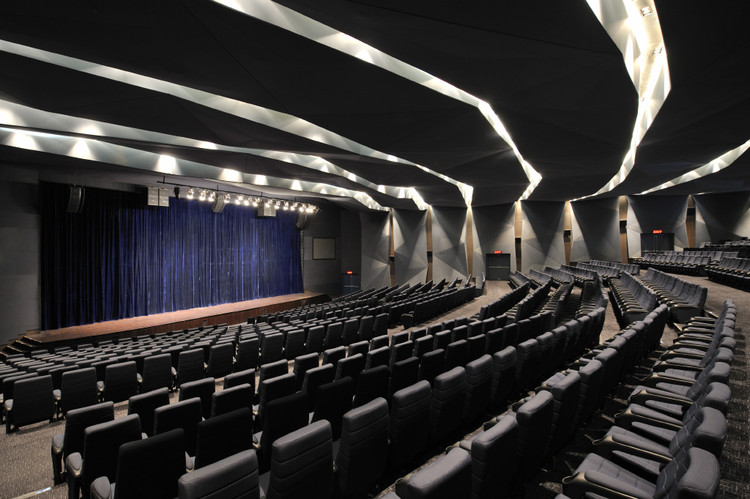 Text description provided by the architects. The project brief entailed the fitting-out and interiors of an auditorium facility for Chettinad Health city, to be used as part of the medical institute. The auditorium facility has been designed to cater to a diverse activities such as stage performances, lectures, seminars, projection of recorded medical information web-casts & broadcasts and more.

Conventionally, auditoriums are perceived as simple, monolithic, box-like structures lined with internal acoustic paneling. The design intent was to shift away from the typical morphology in order to create a more visually dynamic space.

Located in Chennai, a cosmopolitan city which serves as the gateway to South India, the project was exploited to be used as an opportunity to create an interior which would sym bolize the face of the city. The city is known to have played a significant role in the establishment of South India’s historical and cultural expansion and hence the design approach is illustrative of a progressive stance and the project interior exemplifies the same.

To break away from the monotony of an unadorned environment of typical auditoriums, contemporary forms were used as insertions to create continuous surfaces which were conceived to be in the form of lines and planes that extended from the floor, to the wall and wrapped through the ceiling, thus visually connecting the three surfaces. Hence, the entire structure with the ceilings, walls and the floor of the auditorium gives a vision of being one whole surface.

One enters the vast expanse of foyer spaces that are broken through geometric patterns. A similar pattern is reflected on the ceiling in multiple layers to endow the space with a sensation of enclosure and to reflect the dynamism similar to that which is shaped by the ceiling of the auditorium.

The strong lines of the planes are illuminated by cove lighting and recessed light fixtures ensure that the purity of the forms and materials is accentuated, whilst enhancing visual drama within the space. The auditorium was envisaged using a similar approach, using the three-dimensional geometric pattern to run through fabric-mounted, acoustical wall and ceiling panels, eventually creating a Three- dimensional envelope for the auditorium space.

Wooden Slots devised as portals, were shaped as insertions within the wall to house HVAC, Lighting, audio-visual equipments and Acoustic services. To augment the randomness of the false ceiling, recesses clad in wood were used to puncture the ceiling. Materiality and palette is restrained, in order to let the continuity of the surfaces be perceived. 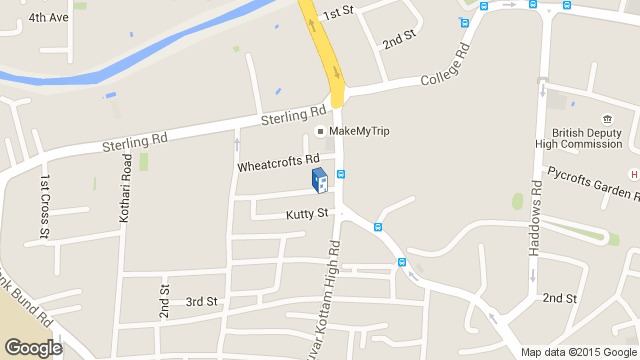