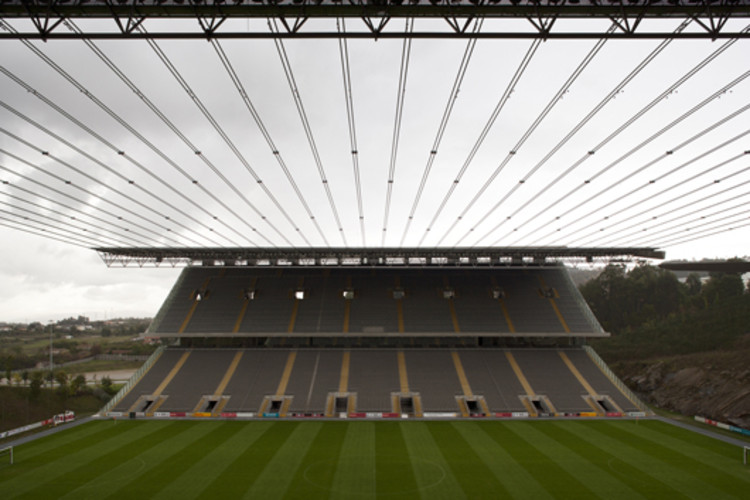 Text description provided by the architects. The Braga Municipal Stadium located in Portugal was designed by 2011 Pritzker Prize winner Eduardo Souto de Moura.  The ceremony for the Pritzker Prize (which we attended) was held just a few short weeks ago in New York City.  Delivering a speech for the award winner, President Barack Obama spoke of Souto de Moura's use of materials and attention to detail, specifically siting the Braga Municipal Stadium as "perhaps Eduardo's most famous work" where he "took great care to position the stadium in such a way that anyone who couldn't afford a ticket could watch the match from the surrounding hillside."

The home for the Sporting Clube de Braga this stadium carves into the face of the adjacent Monte Castro quarry which overlooks the city of Braga.  Inspired by ancient South American Inca bridges the steel strings provide a visual connection to each stand on either side of the field. Each stand is covered by a canopy-style roof.  The Braga Municipal Stadium received the Chicago Athenaeum International Architecture Award for best new global design in 2006. 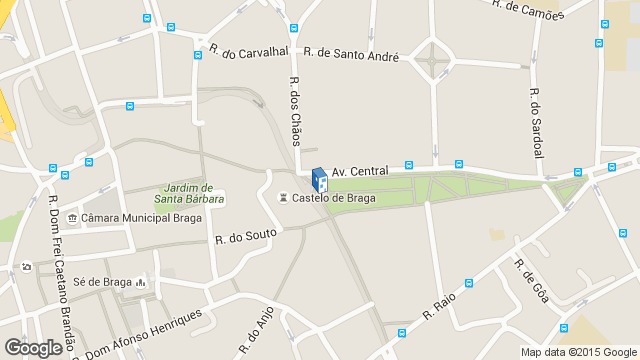 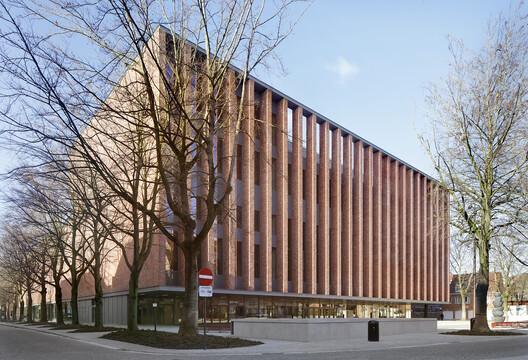 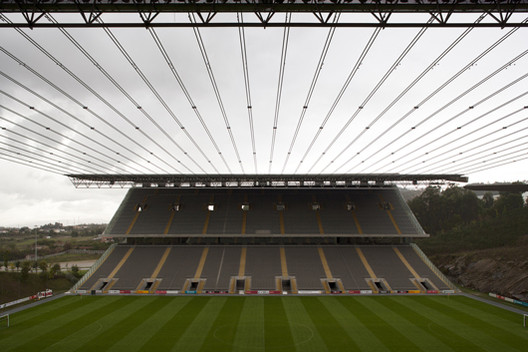