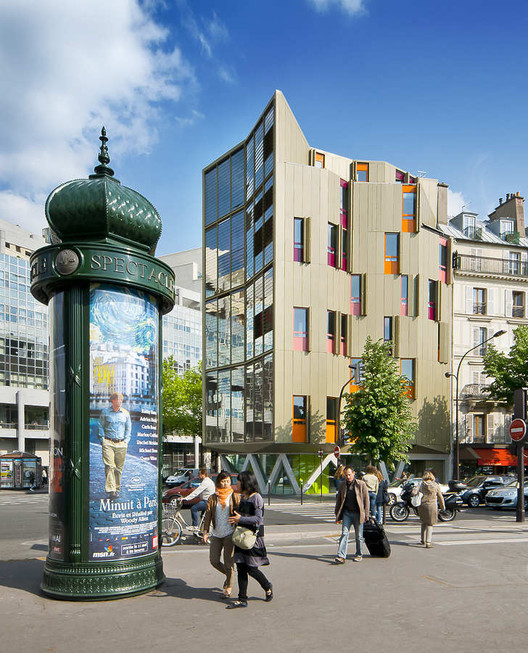 Text description provided by the architects. Is there an architect who has not dreamed of designing a building for the Biscornet site, which lay abandoned for so long? Its location is truly spectacular: slightly set back from the Place de la Bastille, it lies where the rue de Lyon and the road running along the canal basin meet; on one side you have a perspective towards the Gare de Lyon, on the other a view of the Bassin de l’Arsenal.

Looking at the building that now stands here, one has to admit that the architectural response provided by BP fits like a made-to-measure suit: it’s a hand-stitched design that oozes a very Parisian form of elegance.

Making best use of the trapezoid shape of the plot, the building abuts onto the neighbouring building then gra- dually tapers forward; it has a graceful, vertical outline. The side blocks are clad in golden aluminium panels whose distortions give the façades an angular relief that plays with the light. When all the window shutters are closed, the continuity and unity of the material are entire; when the residents open them, the vivid colours of the windowframes appear, like an exuberant lining alternating flashes of pink, mauve and orange.

The pleated vertical metal panels on the façades continue upwards to form the ‘hood’ of the roof, giving the design a strong sense of coherence. The Lartigue Foundation gallery is on the ground floor, and this change of use facilitates interruption and diffe- renciation: here, the metal stops. The cut is sharply done, and the hem, also pleated, turns inwards to line the inside surface. This contrast is underlined by transparency, and by a concrete structure whose zig-zag shape subtly connects the ground with the pleated surface above.

The building is highly responsive to changes in the light; the metallic character of the materials combined with its surface variations reinforces the interplay of contrasts and transforms perceptions of its colour. The aluminium façades can turn from mustard yellow to glittering gold in just a few seconds.

Although there are only about fifteen flats in the building, the loggias of the eight duplex apartments are behind glass Venetian blinds that form a coninuous, abstract ver- tical screen. This reflective filter running the entire height of the building is like a ship’s prow. The random angles of the slits capture fragmented reflections, fleeting images of the constantly moving, ever-changing spectacle of our irreplaceable and historic Place de la Bastille. 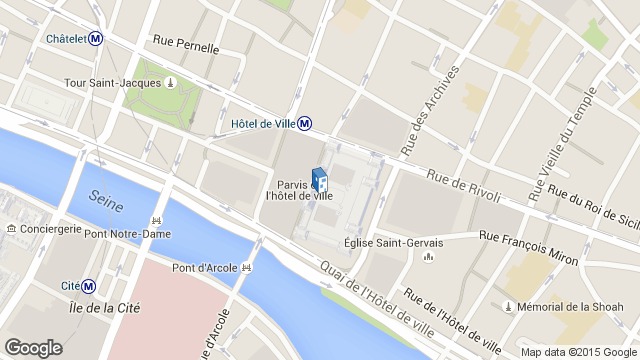