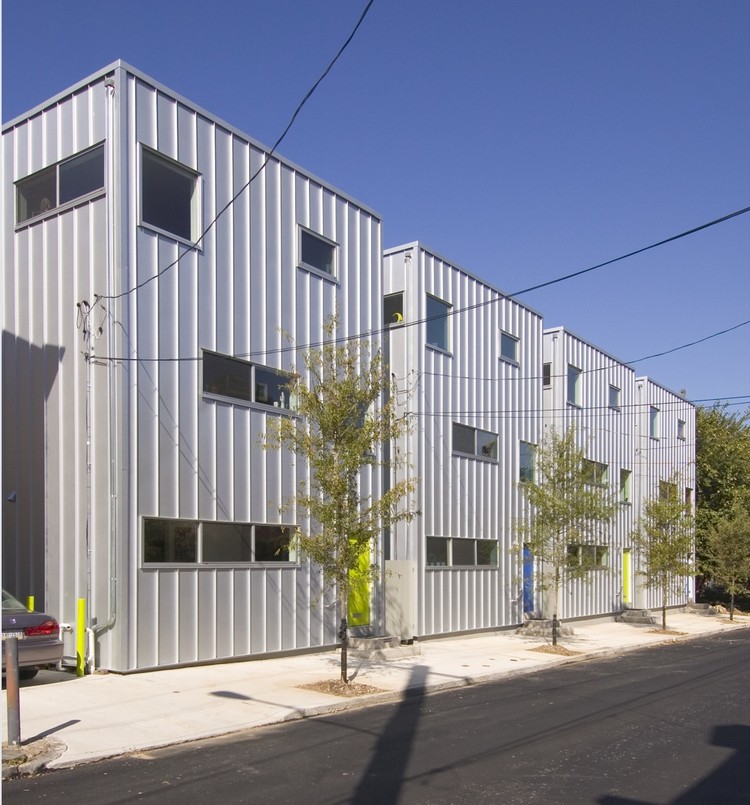 Text description provided by the architects. Located in a neighborhood of central Philadelphia with a mix of residential and industrial buildings, mostly brick, from the latter part of the nineteenth and early twentieth century the project developed from the proposition that the first new townhouses built in this neighborhood since almost thirty years ago would be different from their predecessors. Speculatively developed on a triangulated piece of land facing a community garden and park, the simple form of the buildings is intended to bridge the residential and industrial nature of the neighborhood.

Spaces between the houses allow sightlines from the street to the park that were formerly open when the lot was empty. A seventeen foot high living room faces the park in the four townhouses as well as a deck on the top floor. Tight budget conditions required the focus on the overall spaces with cad-cut railings and shelving utilized for economics and aesthetic control. Sliding seven foot wide walls allow the spaces to feel linked and continuous in the bedrooms.

The artist and designer Dorian La Padura contributed bright wall colors and window surrounds that reflect color at night as well as a mural in the main dining and living space.

The project was successful economically selling out prior to completion. Within the community it was both loved and hated with little in between. There seemed to be a separation between those who saw the use of anything but brick as a negative while many others appreciated it’s differences. The project has inspired some imitation, which is not always the most sincere form of flattery. 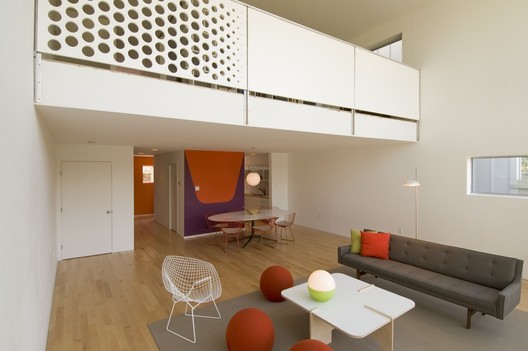