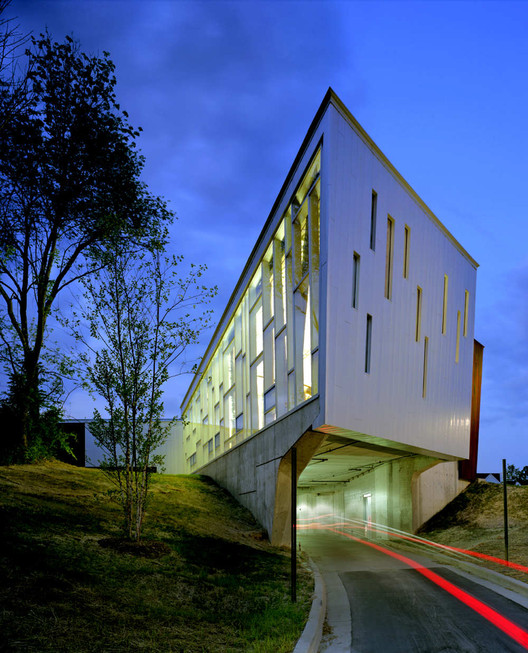 Text description provided by the architects. In 2005, The Ann Arbor District Library (AADL) purchased approximately 4 acres of property for a new branch library to serve the Northeast quadrant of the city of Ann Arbor. This was to be the third branch library constructed by the current administration since 2002 and would replace a 4000 sq.ft. branch library within an existing strip mall located along a nearby commercial corridor. The site, heavily wooded and densely vegetated, is located on the Southwest corner of Huron Parkway and Traverwood Drive.

Prior to beginning Schematic Design we proposed a Research Phase to the Library Administration & Board. This phase consisted of a series of mapping operations whereby overlapping criteria was pulled together, overlapped and plotted to determine dormant relationships, veiled potentials and to assist in the design method. Our first steps within the Research Phase included the examination of the following research topics;

It was not so much the numbers that were important but rather the trends that we began to see, allowing us to anticipate next moves while maintaining a certain amount of flexibility during the design process.. From the research, we were able to determine a number of conclusions and recommendations, including general and system wide findings concerning overall operations within the Main-to-Branch and Branch-to-Branch connections, as well as conclusions more specific to our Northeast branch project.

A thorough site analysis identified edges of the property along the Southwest corner which were scarred and sparsely vegetated, an ideal and well suited location for placement of the building footprint. Locating the building at the property corner accomplished three primary objectives:

- The creation of a protective barrier between the existing eco-systems within the woods and the inhabitants of the city.

- Established urban street presence along the street and sidewalk edge.

During the early stages of the site planning process, we collectively began to discuss and investigate considerations for harvesting wood from the site for re-use in the building. Although densely populated, many of the trees were Ash, suffering the effects of the Emerald Ash Borer (EAB), a destructive beetle, which aggressively attacks North American Ash trees through feeding on the water and nutrient conducting tissues under the bark, killing the tree over a period of 3 to 5 years. As of 2009 it is estimated that the EAB has killed over 70 million Ash throughout the Midwest and southern portions of Canada and threatens 7.5 billion ash trees nationwide. Preliminary research showed that this particular tree species is especially well-suited to milling, as the insect does not damage the interior portion of the wood. With so much value found in a close, abundant, natural resource, unique uses of the wood in the floors, walls, ceiling and structure of the new branch library were proposed and considered.

The utilization of the Ash would become a major component to the design of the library interior. Integrated as an interior wrapper, the Ash flows from the main entry floor and walls into a ceiling condition stretching along the entire eastern interior edge of the building and culminating in an Ash wrapped reading rooms whose primary views are focused westward into the forest. Additionally, large sections of the logs were used as structural columns, accommodating vertical and lateral loading along the large southwest expanse of glass. The bark has been stripped from these log columns exposing the randomized grooves and carvings left by the EAB larvae - creating, what is in essences, a visual and tactile testament to the life and destruction of the Ash tree in Michigan and surrounding area, allowing generations to be exposed to an autopsy report of an extinct species in the region. 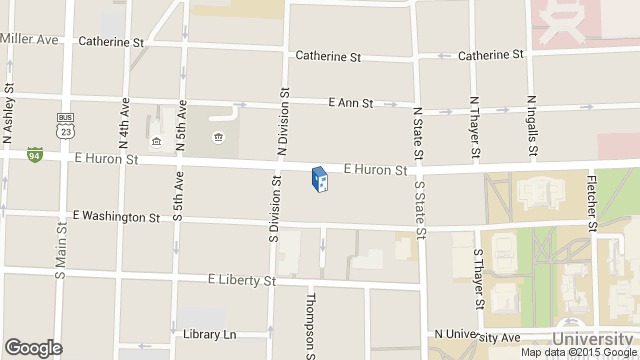