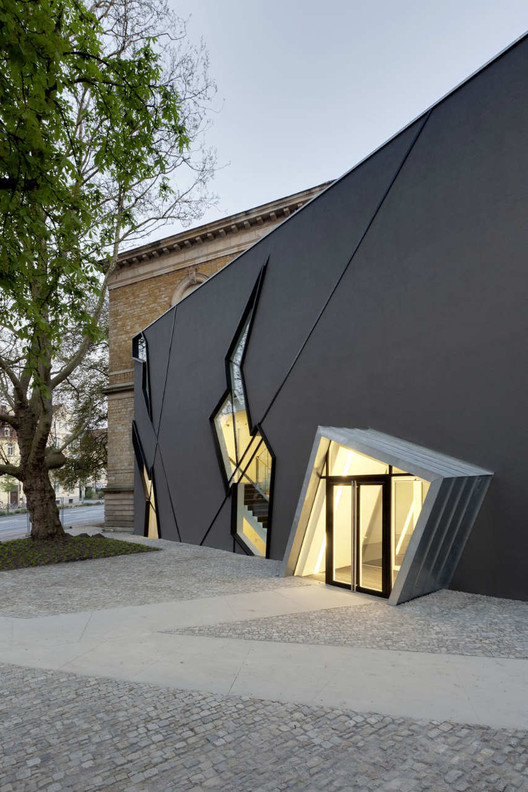 Text description provided by the architects. The Felix Nussbaum Museum is an extension to the Cultural History Museum in Osnabrück and is dedicated to the work of Felix Nussbaum, the Jewish artist born in Osnabrück in 1904. The Museum displays Nussbaum’s graphics and paintings done prior to his extermination in Auschwitz, and houses a temporary exhibition space focusing on the themes of racism and intolerance. The building was completed in the summer of 1998, in collaboration with Reinders & Partner Lange, and has already attracted more than 4 million visitors.

The building consists of three main components: the tall and narrow central Nussbaum corridor, the long main section, and the bridge, which acts as a connection to the old museum. In its pathways with their sudden breaks, unpredictable intersections and dead ends, the building structure reflects the life of Felix Nussbaum.

"It is only by a fortuitous accident and the determined will of the town of Osnabrück that the name and works of Felix Nussbaum have been raised to consciousness amongst the millions of erased Jewish names and lost works. The task of building a Museum to house the artistic remnants of Nussbaum’s life raises issues which are not merely architectural but moral as well. I believe therefore, that the destruction of Jewish culture perpetuated by the Third Reich must not be dealt with solely in memorial terms. The remaining witnesses to the annihilation of European Jewry are now dying out. The paintings of Nussbaum are more than paintings - they are everliving documents which, placed in a new context of participation and a new witnessing, elevate the narration of history as art into the emblem of the very survival of the Jewish people and of European civilization. Every element of the spatial organization, geometry and programmatic content of this scheme refers to the paradigmatic destiny of Nussbaum: his prize in Rome removed by the Nazis, his time in Berlin, the consequences of his permanent exile from Osnabrück, the futility of his escape routes through France and Belgium, to his final deportation and murder in Auschwitz. And yet all this tragic destiny is placed in the context of Nussbaum’s abiding hope in ultimate justice which this proposed scheme seeks to fulfill.

"It is part of the mission of this design to house the Nussbaum collection in a new museum complex, as well as to transform the entire historical ensemble of buildings into yet another whole. Expressive of permanent absence, 'The Museum of the Unwitnessed and Unfulfilled' is a Museum resonant of both the fatality as well as the significance of the unrepresentable abyss of the Holocaust. The Museum has a particular task: to avoid a sentimental moment in order to thematize the existing historical context of Osnabrück through the disclosure of new cultural values.

"The different components of the new complex are seen as connecting and composing an integral structure, while at the same time exposing a permanent horizon of disconnection paradoxically linking significant places to the town; substantial points of history to spatial memory. The new building, therefore, does not seek to dominate as a new form, but rather retreats to form a background of hope for the existing Historical Museum and the Villa containing the folk art collection. These buildings are treated as the familiar, yet solitary every-day figures, while the entire site is reorganized around the nexus of a new topography which connects the town back onto itself. The Nussbaum Museum becomes the link to a lost history. It acts as a transformer, transmitting the mysterious irreversibility of time and destiny.

"The visitor enters laterally into the Nussbaum pathway, which is cut open in order to record and define the importance of entering ‘The Museum Without Exit.' The exterior of the Nussbaum pathway is absence itself - an empty canvass of Nussbaum’s martyred life - referring to the absoluteness of the crime and the importance of the public site. This empty exterior bequeaths a sense of openness and incompleteness which is necessary for the interpretation of Nussbaum’s oeuvre. Within the Nussbaum Pathway there are traces of the vitality of the former Jewish life of Osnabrück. Once the visitor is inside this compressed space illuminated by triangular skylights, he/she is confronted with a displaced volume containing the vertical entrance volume and its attendant functions.

"The Nussbaum Pathway makes visible the Museum complex as well as inscribing the invisible incinerated synagogue. The visitor is placed in the precarious equilibrium between the collected and the uncollectable, or the recollected and the unrecordable. The Nussbaum Pathway leads the visitor through the compressed geometry of double cone of vision, which (forward and backward in time) gives one the visual and kinetic embodiment of the Star of David - chosen by Nussbaum as his final identifying birth and death mark.

"The entire trajectory through the Museum makes the visitor aware of the interplay between the lost shadows of the Synagogue and the light of an anticipated future. The visitor moves towards the open space of the temporary exhibitions, glimpsing the narrow vertical horizon which opens at the completion of the route into the second story connection. The temporary exhibitions of the town, the lecture hall, and the activities of the day make a relevant introduction to the second level which contains the necessary space for the unfolding of Nussbaum’s dramatic work. The design suggests the importance of integrating the historical collections of Osnabrück, at least emblematically, into the context of the work of Nussbaum. This places the Nussbaum collection back in context with the Historical Museum’s collection.

"At the completion of the second floor exhibits, the visitor becomes aware of the collapsed spatiality of Nussbaum’s works, the pathos of which lies in the double recognition of the political futility of escape and the spiritual resistance of art in face of inhuman oppression. The second floor's unfinished gallery is a time-cut which signifies the oblique and wrenched segment, a suspended connection to the existing museum. This suspension indicates finality of the 1944 paintings testifying to the indomitable spirit of Nussbaum and the universality of art. The volume of this critical segment is equal and reciprocal to the geometry of the cut and disconnected Nussbaum Museum.

"The floating connection to the existing Museum leads to an exhibition area, which transforms part of the second floor of the city’s Historical Museum. The scheme indicates the necessity of integrating the new and the old beyond appearances; the actual connection between the Historical and Aesthetic. The integration of the existing and the new museums is the key task which must be accomplished so that the memory of the past will become active in the present and its ongoing narration.

"Finally, the key structural feature of the plan suggests that the Nussbaum Museum, though separated from the existing museum building, is by virtue of its form and function profoundly related to them. The Folk Art Museum, which in 1933 was the Headquarters of the Nazi party, and the Main Historical Museum are reattached and absorbed in a conscious and deliberate manner to the polyphonic composition. The whole represents an architectural hinge which prevents the entire site from banalizing, homogenizing and isolating historical facts. The visitor becomes aware that the work of Nussbaum, and particularly its relationship to the cultural, historical and physical identity of Osnabruck, requires extraordinary spiritual differentiation. Thus the import of public space, (both internal and external) and the relation between the ecosystem and the architecture is clear.

"The Nussbaum Museum becomes a profound place for the encounter of the future and the past, more than just a testament to an impossible fate. The unpainted paintings of Felix Nussbaum demand nothing less than to become visible to the contemplating eye." 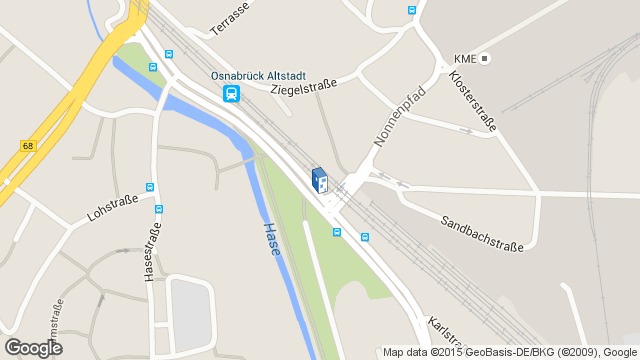