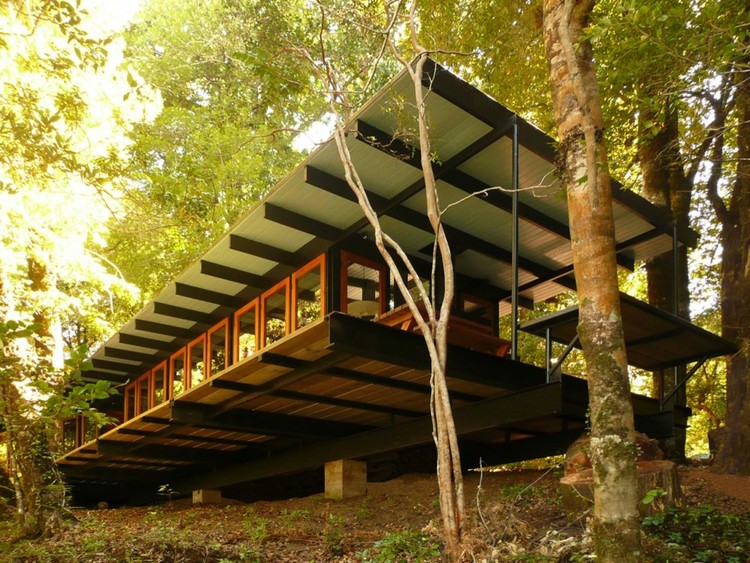 Text description provided by the architects. The house is emplaced in the wooded hillside of the Pirihueico Lake located in 14th. Region (Region de los Rios), 70 km from Panguipulli.

The difficulty of access determined the restraint of defining the project in multiple modular parts of the capacity of a small truck. The wish and ability of the client to search and purchase demolition materials set a series of elements to incorporate in the new home.

- Glazed doors of a house of the 60´s by Horacio Borgheresi that originally belonged to a patio, became the main facade of the new housing.

- Eucalyptus and native rauli parquet floors of a house of the 70´s by Larraín, Swinburn and Covarrubias, which became the main coating.

- Commercial laminated beams and steel pieces used for a temporary exhibition are now part of the main structural elements.

Once the new elements were taken into account, the cottage was defined as a single storey volume with a slight break in the plant axis which articulates and determines the entrance as well as the definition of two main zones, depending on their level of publicity or privacy.

The facades, overhangs and terraces, are proposed based on the orientation, in terms of the view and the sunlight. The recycling of materials as a new order of Re-Construction. 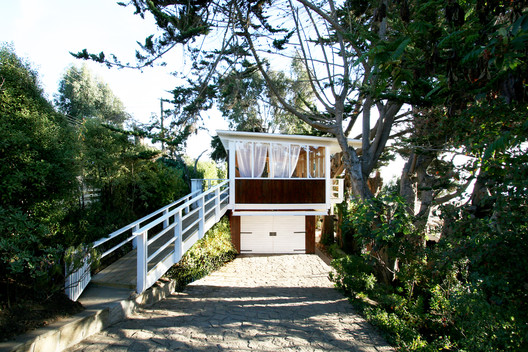