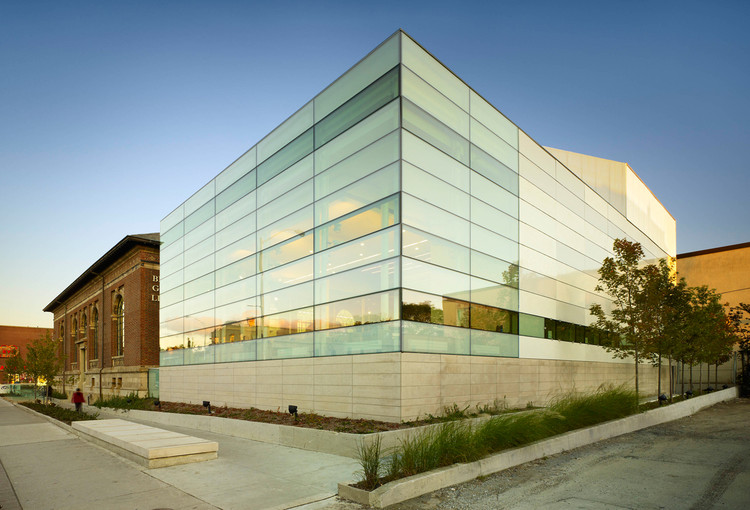 Text description provided by the architects. The Bloor/Gladstone Branch library project is a renovation and addition to a listed heritage library in downtown Toronto. The architects were commissioned to design for an additional 12,000 sqf, bringing the collection and facilities to a level consistent with that of a Toronto District Library. The final design includes major renovations to the existing building as well as the construction of an addition.

The original u-shaped plan features a central hall flanked by two symmetrical, reading rooms. These spaces are elevated approximately six feet above sidewalk grade. To honour the heritage building, the main entry remains in its original location. In order to achieve a fully barrier free institution, the central hall floor slab has been dropped to the lowest level. As a result, the public now enters into a transformed, triple high atrium space from a lower level plaza two feet below sidewalk grade. To access this plaza, one can either descend four steps or walk along one of two barrier free, sloped walkways to the east and west of the main entry.

The new addition is conceived as having two fundamental elements: a raised glass pavilion and a stone base. The limestone base is an extension of the existing terra cotta podium. This element facilitates a strong compositional connection to the heritage structure and helps to organize and control programmatic elements on site. The addition is a transparent, contemporary counterpoint to the existing heritage structure. A pavilion in constant dialogue with its surroundings, a place to read, to view the city and to be seen involved in the programs offered within.

Throughout the library, conscious attention was paid to the juxtaposition of old and new material systems. The existing building employs the use of heavy masonry structure and historic plaster detailing. New insertions are constructed primarily of exposed steel structure, aluminum support and tempered glass. The aesthetic of the detailing is decidedly quiet in an attempt to reinforce and display the historic building and the library program itself.

A conceptual approach of visibility was applied to the library design with the intent to offer the public and staff clear site lines throughout the building. To achieve this, major incisions were made into the fabric of the existing masonry building and new partition walls have been constructed primarily of tempered glass. Further to this, the use of abundant functioning, atrium space creates vertical and diagonal views throughout the facility. The overall intent of this approach is to communicate the culture of the library to the staff, the users and the public at large.

Sustainable initiatives include updated energy efficient mechanical systems and lighting throughout, two green roof systems, a reduction in city storm water demand, permeable paving along exit paths, significant planting of domestic shrubs, grasses and 19 new trees, the use of low v.o.c. materials and large extents of energy efficient glazing for an abundance of natural light throughout.

This project transforms a tired heritage library into a functioning, interactive, contemporary institution. Since its opening in 2009, the Bloor/Gladstone Branch has met with public approval and praise and circulation has more then doubled. The level of finish, detail and design resolution elevates the community library to a level commensurate with other significant cultural institutions, a level which illustrates the fundamental importance of access to information in the world’s largest library system, the Toronto Public Library. 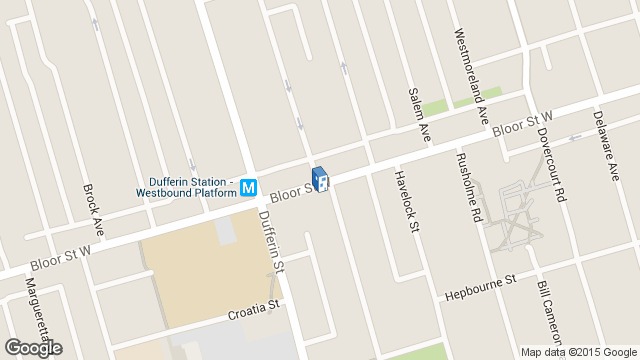 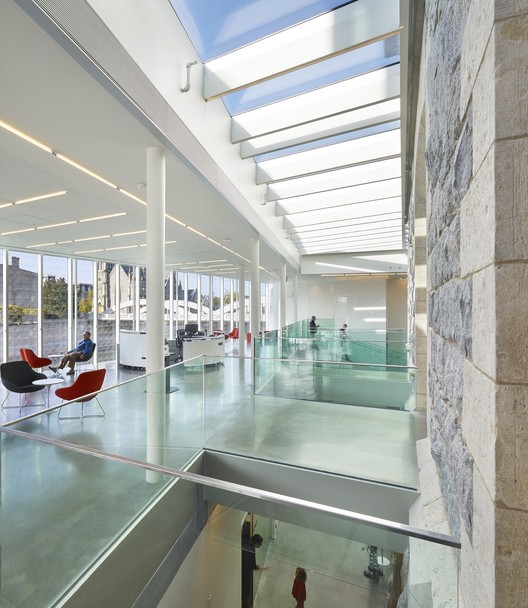