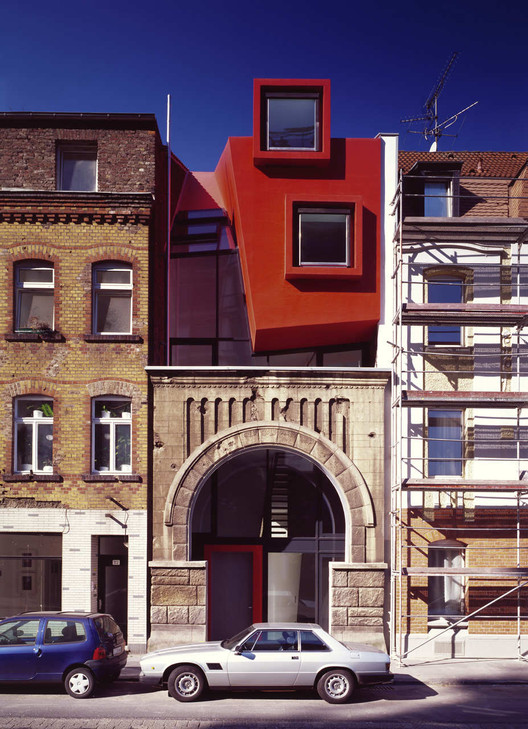 Text description provided by the architects. In the beginning of the 1970s an urban masterplan was devised for Cologne neighborhood of Bayenthal, which has never been applied since then. It was a urbanistic stillborn; the desperate and utterly misdirected attempt to react to a then pressing urban problem: the exodus from the city. Since the early sixties young families moved out of inner city areas into the suburbs and the villages surrounding the cities in order to fulfill their dreams of that uprising prosperous middle class. This dream of young families was the nightmare of every city! Considering various options the city came up with a curious proposal: To prevent more families moving out into the countryside, the countryside has to come into the city. The streets to be widened, fully detached family houses to be constructed akin suburban fabric in an inner city neighborhood and represented in its bureaucratically method, it was possibly the most radical vision that Bayenthal should ever be faced with. With these new sets of regulations the rural was to move into the urban, so that the families would not move out of the city anymore. Not for a single instance, this development plan of Bayenthal was to be applied - even though it is still binding! It was an „anti-speculator-development-plan“ par excellence.

The 5.50m wide and 25m deep site, in combination with all norms, rules, fire regulations, building laws, the municipal development plan and the rules of construction near landmark buildings“ result in a very clearly defined and non-ambiguous volume. Form follows Law! This starting position forms the first volume of the building: a transparent (as transparent as the law, as Kafka once said) and orthogonal volume, stepping back from history by a meter, and thereby reacting to the municipal building limit. In the back part of the site, as a full construction covering the whole site is obviously not allowed according to the development plan, a stepping down of the volume is created by terraces on each level. It is the proper volume of the building, which is formulated according to all laws and binds itself to the rules. The „legal“ volume.

The second volume is the defiant volume. How many rules can be disregarded in a place dominated and strangled by rules? The volume as a whole is not allowed to exist at all, as its complete floor area exceeds the maximum area permitted in the urban masterplan. Hence, the volume in itself is illegal. Every single surface of its faceted volume throws a „shadow-area“ onto the neighboring sites, forbidden by German planning law. Fire-regulations are disregarded or only adhered to indirectly and the main mass of the volume crosses the municipal building line, projecting over the historical monument of the gate, into the street. Not a single exterior wall is standing perpendicular upright and the differentiation between wall, roof and floor, the main categories of building elements in architecture, is dissolved. Being disrespectful to the German building code and the laws and regulations of that site in particular, it is the „illegal“ volume.

It took two years of negotiation with the local planning administration to get the plans approved. The fact that the building violates certain rules was never hidden. In fact, the title of the project ‘Legal / Illegal’ was printed on every plan submitted. Instead of a subversive approach which hides deviations of rules and attempts to use loopholes in the law, a very blunt approach of openly confronting the administration with the digressions was chosen by the architect. The project thereby attempts to reveal the absurdities of the surplus of planning regulations rather than weaving its way around it. The project also thereby attempts to create unique spaces for living and working in a neglected building site. 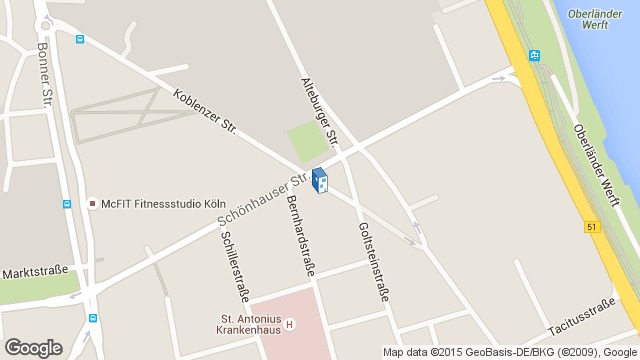