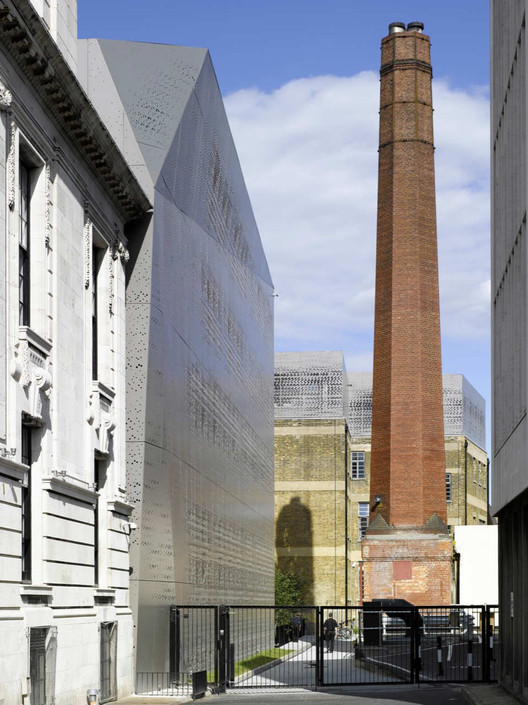 Text description provided by the architects. Completed in November 2010, Town Hall Hotel is a new 98-room luxury hotel, restaurant and bar housed in the old Bethnal Green Town Hall, at the heart of London’s burgeoning East End. Comprising the provision of a contemporary extension in the form of a new top floor and wing, the project also included the restoration and refurbishment of the existing Grade II listed building.

Originally erected in 1910 the Edwardian town hall on Cambridge Heath Road was considerably extended in 1937 onto Patriot Square, where the entrance to the new hotel can now be found. Through the years, the 7500 square metre building housed the area’s municipal administration, but was victim to numerous modifications insensitive to its preservation and finally fell out of use and was vacated in 1993. Used only as a location for films and television, the building was left to decay in the intervening years until its purchase in 2007 by Singaporean hotelier Peng Loh.

Consulted before the purchase and commissioned immediately thereafter, rare directors Michel da Costa Gonçalves and Nathalie Rozencwajg were tasked by their client with designing a contemporary luxury hotel to sit sympathetically within the existing building, restore this building and also add to its volume with an extension. rare saw the project as the building’s third age, after the 1910 and 1937 phases, and an opportunity to reinvent, as well as restore, a forgotten architectural treasure of the East End.

Despite the building being on the at-risk register, rare’s considered approach to the project, a guiding concept of the development and use of traditional techniques and motifs within contemporary cutting edge design and manufacturing technologies, won the approval of English Heritage and planning permission was granted by Tower Hamlets in 2008.

The extension to the building, a new wing that stands behind the original 1910 structure and an additional floor that sits atop the flat roof of the 1937 extension, provides a further 1500 square metres of accommodation. Wrapped entirely by a laser cut powder coated aluminium skin, no windows or doors are externally visible, allowing it to create a striking abstract backdrop to the original structure, while simultaneously making a definite statement as new architecture.

The pattern cut into the skin was taken from a pattern book rare developed for the project. An original art deco feature in the Council Chamber inspired the parametrically defined pattern book, a design exercise apparent in not only the aluminium skin but many of rare’s new interventions in the hotel from radiator and air conditioning covers to decorative wall panels. The effect of the pattern cut into the skin is performative, allowing natural light into the rooms behind it, while also preserving the privacy of those both inside and out.

The faceted form of the extension’s skin and roof was dictated by light and views that had to be maintained for neighbouring buildings. rare’s design response to these parameters is an example of their ability to provide harmonious elegance and functionality. The skin’s distinctive form is repeated in features including the hotel’s brass reception desk and corridor ceilings of the extension, again bringing together glamour and function.

The dimensions of each of the 98 rooms are different, something dictated by the nature of the building and its listed status, therefore allowing rare to provide 98 unique layouts and designs. rare performed an entire internal re-planning of the space in the building and inserted zones of contemporary hotel comfort into these rooms with what they call their ‘spatial furniture’. Bespoke pods of discrete beds, desks, storage space, kitchens and bathroom suites rendered in materials ranging from CNC milled MDF, Corian, Green Lime marble, glass, oak and Cardoso and Vals stone with light fixtures specially commissioned from suppliers Viabizzuno, all work to interrupt but also sit comfortably within the historical context of the building. The use of a design strategy specific to each room provides charm and function while maintaining a clear delineation between the restored and the new.

The reinvention and restoration of the existing building was driven by rare’s intensive research of the town hall’s archive of original design elements and realised by numerous highly skilled craftspeople; bringing the building back to its former glorious grandeur, breathing new life into marble floors, ornate moulded ceilings, Edwardian and Art Deco detailing. In addition to the residential accommodation rare have also provided a new 14 metre titanium tiled lap pool in the basement, restored Conference Room and Mayor’s Room for functions and separate bar and restaurant in the Edwardian wing of the building. The bar and restaurant, named Viajante and accessed from the building’s original Cambridge Heath Road entrance, are furnished solely with bespoke rare pieces and decorated with silicone injected tapestries and chandeliers designed in collaboration with textile designer Tzuri Guetta. 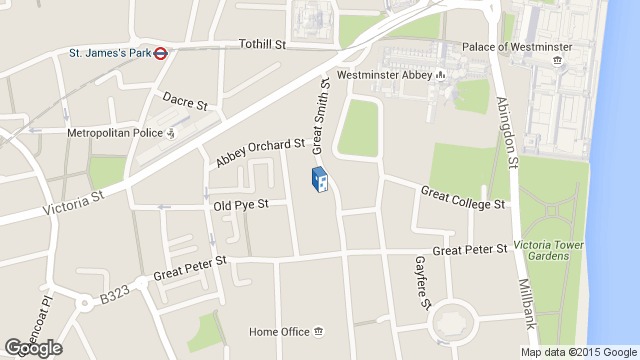 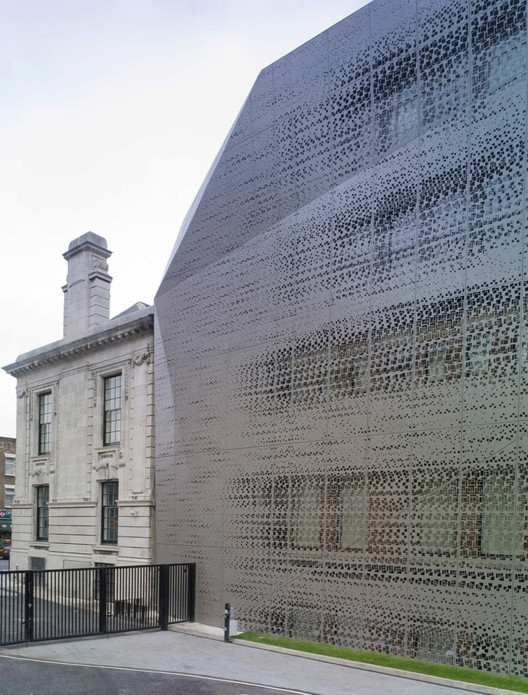