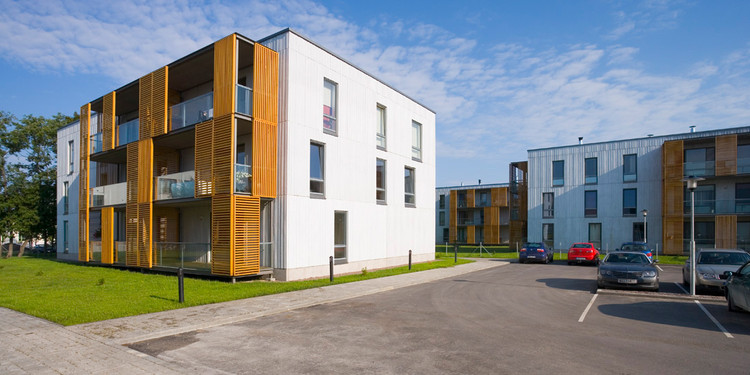 Text description provided by the architects. Maarjamäe dwelling district is an area of private houses locating only ten minutes drive from Tallinn city centre. After the II world war certain quarters were filled with barrack-type houses there (so-called "Finnish houses" as they were built by means of reparations claimed by Soviet Union from Finland after the war). It was only in 1990 when the consistent developing of the quarters was started. Most of the streets were housed with villas, while three-storeyd apartment houses were planned for the three farthermost streets.

The apartment houses are situated in the plot like on checkerboard, two houses forming a pair, having a common grass-covered courtyard and parking.

The concrete elements of the facades are bearing strong traits of the moulding forms and are covered with translucent azure paint.

All the apartments have loose terraces covered by irregular wooden grids. Two materials in conjunction, wood and wood-patterned concrete, create unconventional shift in their concurrence which comes even more in evidence after the wood will change its original colour in time and turns - similarly to the concrete surfaces - grey. 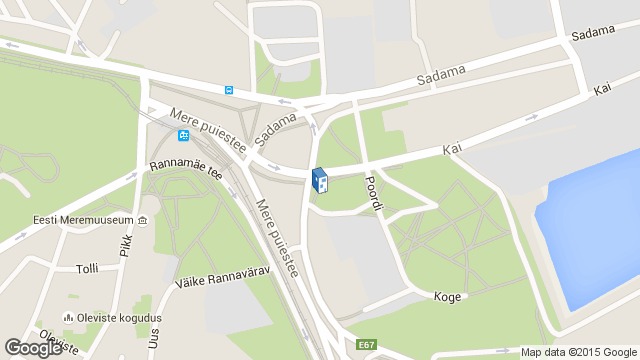