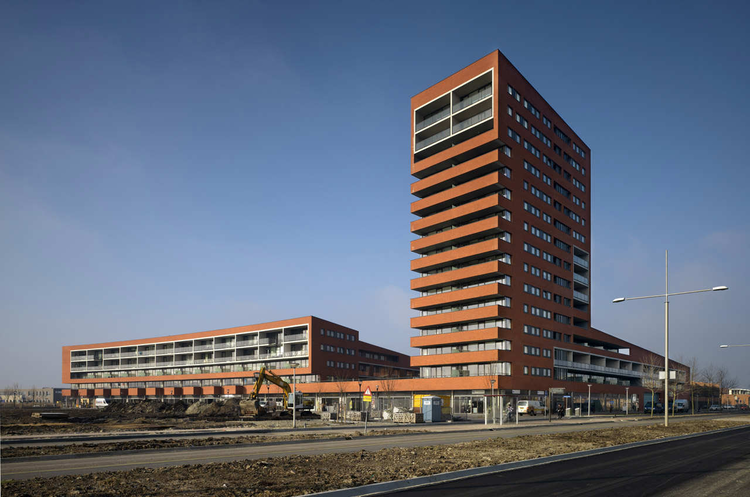 Text description provided by the architects. Hoogambacht forms a powerful combination of living in the park and shopping centre of the neighborhood. A sturdy urban building block with the tower as a landmark. The apartments above the shops benefit from the peaceful green courts.

In between HI Ambacht and Zwijndrecht you can find the new district De Volgerlanden, with an oval-shaped park in the centre. The shopping centre is part of the border of this park. The building has its own character, with the tower as a landmark for the neighborhood. The building houses 6800 m2 of retail, a parking garage for 536 cars and 147 apartments.

Above the commercial ground Floor, the dwellings are situated in a S-shaped volume, meandering around the two green courts. The courts each open up to a different side, one orientated towards the park and the other facing the residential street on the northern side of the block. In this way as many dwellings as possible have a view at the park.

The volume reacts to the varies borders. The front side faces the park and had the greatest height. Towards the northern end the height declines, to adjust to the scale of the opposing dwellings. Here the building had a smaller scale, more green and open. The building is one architectonical composition of big and small elements and components, build in cheerful red brickwork. 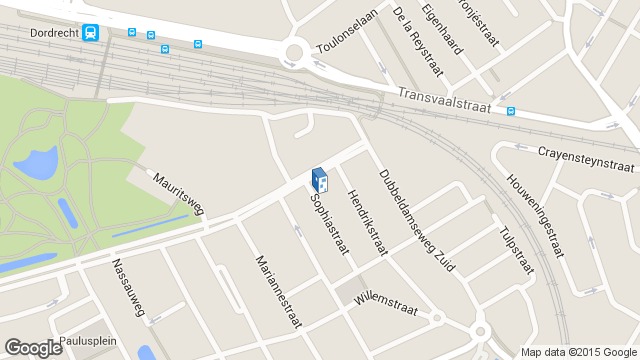 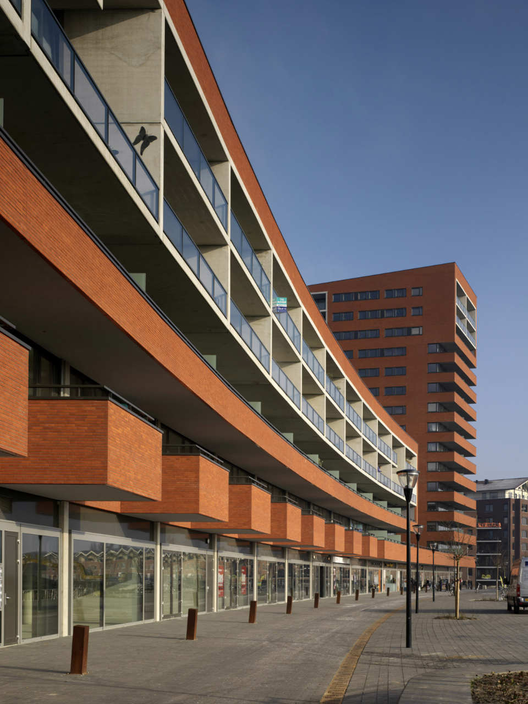