Text description provided by the architects. A spherical planetarium/classroom at the top of the glass and brick exterior of a new five-story building with metal sunshades, a green roof, and a rain garden act together to provide a dressed up entry to the western edge of the Eastern Michigan University (EMU) campus. These features are part of the $90 million, energy-efficient addition to and renovation of the Mark Jefferson Science Building, a sustainably designed project pursuing LEED silver certification from the U.S. Green Building Council and designed by the Ann Arbor, Michigan, office of architecture firm Lord, Aeck & Sargent.

Phase 1 of the project, an 80,000-square-foot addition, was completed in December 2010. Phase 2 is a complete renovation of the existing 180,000-square-foot building, originally constructed in 1969. It began in January 2011 and is targeted for August 2012 completion.

The new addition houses the biology, chemistry, geography and geology, physics and astronomy, and psychology departments and includes 36 laboratories on the first two floors with faculty offices on the third through fifth.

In designing the site and new addition’s exterior envelope, attention was given to sustainability strategies such as stormwater management and daylighting.

Facing west, the new addition is connected through pedestrian walkways to the Mark Jefferson Science Building and runs parallel to its entire length, masking the front of the ’60s era brick and stone trim building. The addition continues beyond the older building to the north, where it also joins with EMU’s Strong Hall, another science building. This continuing portion of the addition is two stories high and is topped by an extensive green roof planted with drought-resistant sedums native to Michigan. The roof is part of the project’s natural stormwater management system and helps to retain and treat stormwater. A small plaza for class gathering on the green roof provides students an opportunity to learn about sustainable building design.

A design goal was to infuse the building addition with natural daylight, so the front is a brick and glass curtainwall. Facing west, however, the addition would be prone to heat buildup, so to address that, the glazing systems were designed with tinted frit glass and stainless steel mesh sunshades that span the façade’s vertical distance.

The addition’s main entry is on the second level, where a suspension bridge allows commuters to enter from a nearby parking area to the west. Below the bridge is a bioswale that improves the building site’s ability to absorb rainwater through the creation of naturalized pre-treatment basins that improve water quality and encourage infiltration. Planted with native plants to look like wetlands, the basins absorb most of the stormwater, and any overflow drains into EMU’s stormwater management system.

The project’s greatest contribution to sustainability is its reduction of energy use through the design of a dedicated outdoor air system (DOAS) with radiant cooling and a dual energy recovery system. Installed in the addition, but also serving the older building, it is one of the first chilled beam systems in Michigan. Based on calculations from Lord, Aeck & Sargent’s energy model, it is anticipated that the EMU project will achieve a perfect LEED energy optimization score of 10 points plus an extra point for exemplary performance.

A striking feature of the building addition is its atrium, which puts science on display from the top down. The atrium offers a five-story view from the ground floor up to a suspended spherical planetarium/classroom that appears to float from above.

From the outside, the spherical planetarium/classroom helps accomplish an EMU goal to dress up the campus, especially at night when the building is lit up. It is a unique design element with the simplicity and complexity of a sphere that also provides functionality for meetings, seminars, teaching and planetarium shows.

The atrium addresses another EMU goal for the project, to create more interaction spaces for students. In addition, it brings in natural daylight and puts science on display. Use of extensive interior glazing in the atrium allows light entering from the outside to infiltrate the labs and to ensure that those who enter know they’re in a science building. As an example, they can look through glass-backed fume hoods and watch experiments taking place in two labs flanking the main entry. 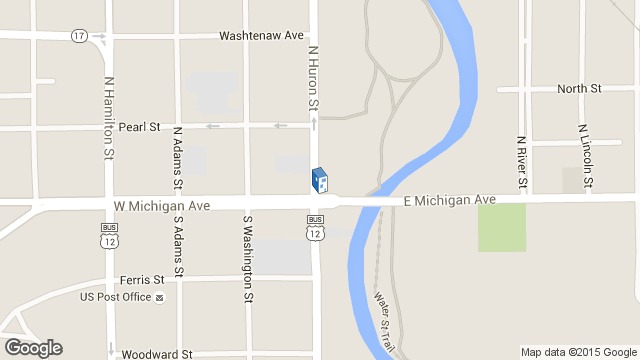 Location to be used only as a reference. It could indicate city/country but not exact address.
Share
Or
Copy
About this office
Lord, Aeck & Sargent
Office
•••