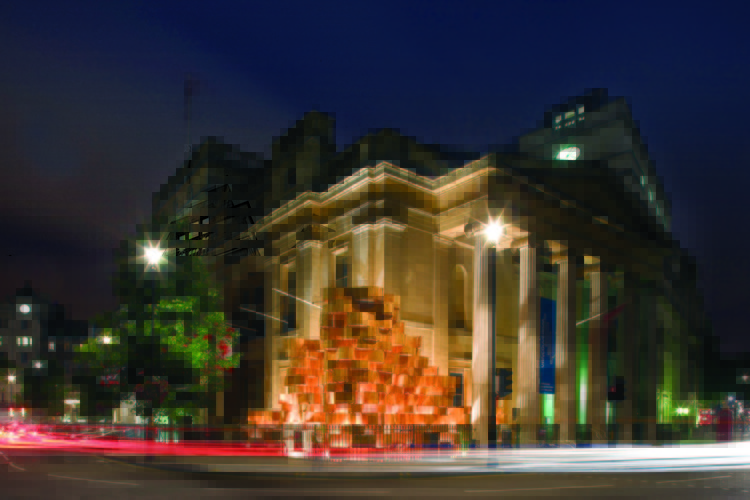 Text description provided by the architects. Inspired by interwoven twigs of birds’ nests—a form that supports and steadies itself—Bing Thom Architects and Fast + Epp Structural Engineers joined forces to showcase a new and unexpected design innovation using wood from British Columbia. As part of the “Embassies Project” for the London Festival of Architecture (LFA), Canada House was transformed into a demonstration of Vancouver architectural and design expertise with an undulating, 30-foot-high wooden wall wrapped around the corner of the historic embassy building.

The site at Trafalgar Square afforded a very narrow construction zone between the Grade 2 Listed, Robert Smirke designed Canada House’s walls (which could not be touched), and its perimeter wrought-iron fence. Western Red Cedar was selected for its light weight, durability and unique design flexibility. The wood blocks could be easily machined to the right size and fit. Western Red Cedar’s natural resistance to moisture, decay and insect damage made it a good choice for the installation. Using three-dimensional modeling software, the continuous flexible 200-foot-long, 27-foot-high “snake-like” Western Red Cedar structure was carefully shaped and strategically placed. This form was chosen to rise high, while maintaining stability in all directions.

The heart of the wall is simplicity itself: blocks of Western Red Cedar, shaped to fit snugly one next to the other at a range of angles. The Western Red Cedar blocks were milled, edge-shaped and pre-drilled by StructureCraft in British Columbia, Canada. Cables (made of aramid fiber ropes more commonly used in nautical or sailing applications) were pre-tensioned to make them more rigid, then carefully stacked in rows, one on top of the other and pinned together vertically to ensure stability.

“Our wall is meant to inspire people to think about the new, endless possibilities of wood in design and commercial applications,” said Bing Thom. “We didn’t want to simply use straight-edged blocks of wood. So we came up with a system of faceting wood to create curved structures.”

The self-supporting wall is the first step to exploring this construction system, which can be further developed for many potential commercial applications including retail showrooms, open-concept offices and other similar uses. 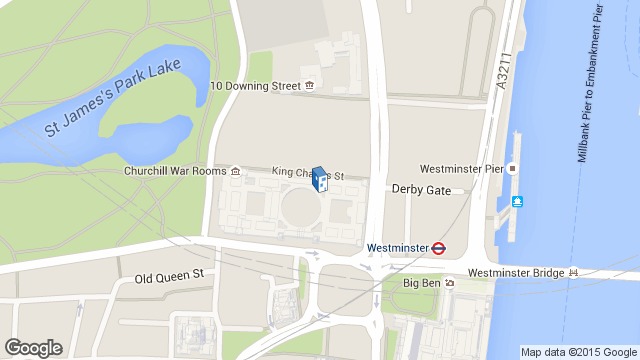 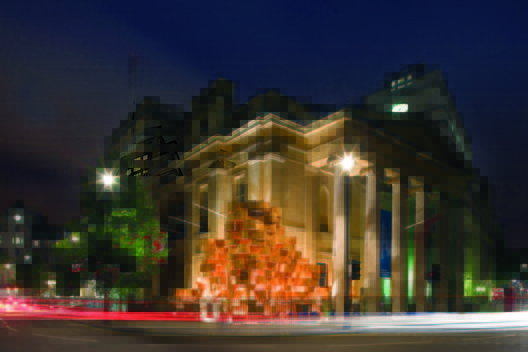