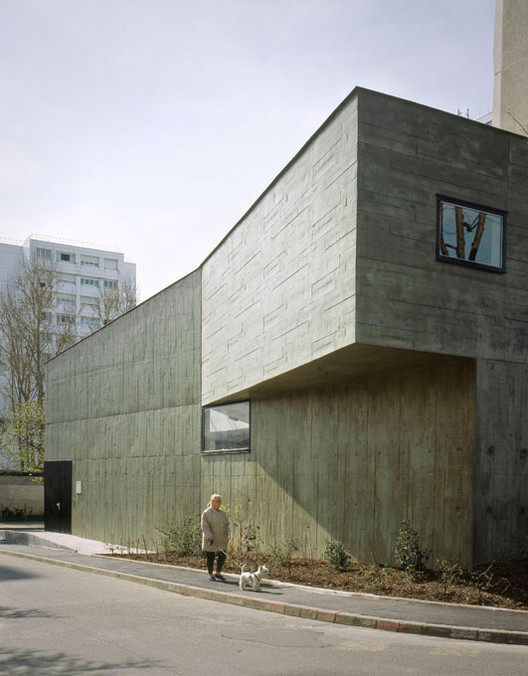 Text description provided by the architects. The Bonneuil-sur-Marne children's toy library is a public building as well as a play space for children. The project creates an opposition between monumentality and the need for a warm, friendly environment within the same building.

It is located in an area where 1960s social housing has had a strong physical and social impact. The exterior and interior spaces are designed to respect the dual nature of the building. The monolithic shell-like elevations are closely linked to the surrounding urban context. We wanted to create a strong urban symbol able to stand out from its environment, whose shell would protect its core and participate in the regeneration of Bonneuil-sur-Marne's social structures.

The design of the Bonneuil-sur-Marne children's toy library resulted from an approach that aimed to simultaneously resolve a number of problems and develop new ideas:

- New use for an existing building

- Design of a children's play area

- The difficulties of a very restricted budget (initially, the programme simply called for a new interior layout)

We decided to design a building that had no sense of scale and which would appear timeless, a dense solid mass, an urban symbol standing out from its environment, a shell able to protect its contents.

The result is a volume that seems to have always existed and whose bunker-like appearance is reminiscent of a vernacular construction.

A new skin for an old body

Our strategy was inspired by a medical logic of intervention. The creation of an additional freestanding skin allowed us to control the interfaces between exterior spaces, building and interior spaces, as well as meet the need to provide generous volumes.

The new elevations covering the existing building are adapted to the building's changed use and provide for the incorporation of a new main entrance, an open courtyard on ground floor level and additional surface areas for administrative functions. This solution maintained the existing in-situ cast green-tinted concrete shell.

The decision was taken to create a hermetic separation between the exterior and the open and colourful interior spaces. Children play in a sort of cocoon, rich in light variations, that rises up over the two levels; a simple, functional and comfortable scale and volume fully adapted to the needs of its users. 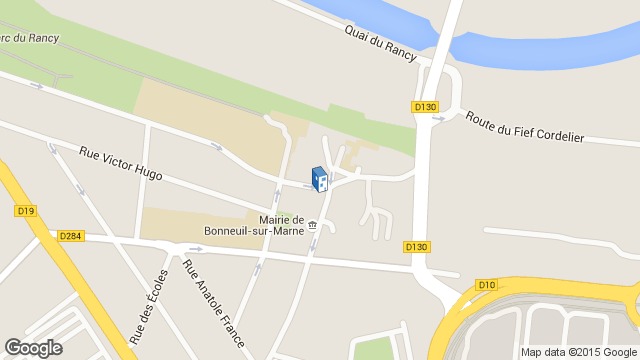