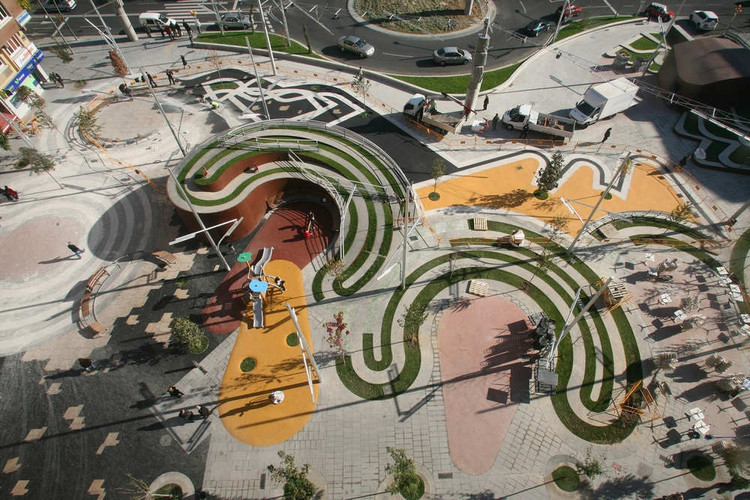 Text description provided by the architects. The large green open spaces that surround the Seu Vella Cathedral and dominate the whole city are the most beautiful public areas in Lleida, and are what we chose as our reference point. The designs for the new Ricard Viñes Square must possess some of this beauty. The focus of our proposal is to build a large green open space for a sculpture dedicated to the musician Ricard Viñes. A space full of little squares 0 5 10 cross section and green areas at a point where the city throngs with traffic and pedestrians. The maze or labyrinth provides an ancient model. The cultural meaning and interpretation of the symbol of the labyrinth run deep. The origin of the “labyr” part of the word has to do with rocks and stone, while the “inth” comes from a Greek word meaning foundation site. Even though the precise etymology is unclear, there was a time when path mapping was used to notate dance choreography.

We propose an open space featuring a dance floor with a labyrinthine path guiding the steps of those dancing the spring dance around the central feature - a feature that generates and guides the movement of the dance, filling the surround space with life. People and traffic will move differently in Ricard Viñes Square, where pedestrians will own the public space.

Everyone will follow the paths mapped by the dance notation, but with no overlap. Perhaps the closest reference to our design idea is Francesc Macia Square in Barcelona, in one of the busiest areas of the city, and at a key transit point in and out of the city. Other European cities are famous for the spectacular circles in their metropolises, such as the Etoile in Paris or Berlin’s Tiergarten with its famous column topped by an angel. In the UK, the architect John Wood created one of Bath’s most iconic features with the Royal Crescent whose circular green spaces control the flow, and substantially contribute to defining and propagating the city’s image. Circular spaces are not normally accessible and for this reason are often laid out as parks, regulating traffic flow and giving drivers a glimpse of the natural world.

We have designed a maze for the circular space in Calle Roure. We like incorporating the idea of a labyrinth into the idea of an entrance. The city entrance to Lleida is a new green gate. The project is made up of a circle and new square for the city:

1. The circle ends in a labyrinthine pattern, made up of bands of planting and brick paving.

2. The square is split up by green areas; a maze of trees and low shrubs that are visible from the roadway. This greenery helps organise the neighbourhood’s leisure activities with bars, children’s play areas, benches and pedestrian pathways. The two streets that feed into the square will be pedestrianised, using natural stone paving, and they will be softened by new tree planting and small green spaces which will punctuate the entrances to residential buildings. From one side of the circle a wide sculptural light source will illuminate the whole square, underlining both the idea of the community that inhabits a public space and the street party concept as a mark of collective identity. A new sculpture installed in the middle of the circle will become the landmark that makes this place stand out from the rest of the city. 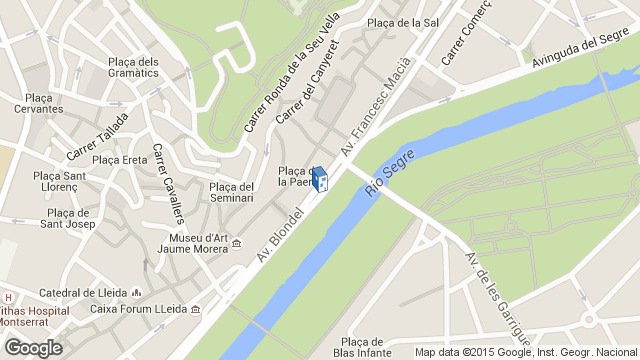 Location to be used only as a reference. It could indicate city/country but not exact address.
Share
Or
Copy
About this office
Benedetta Tagliabue
Office
•••