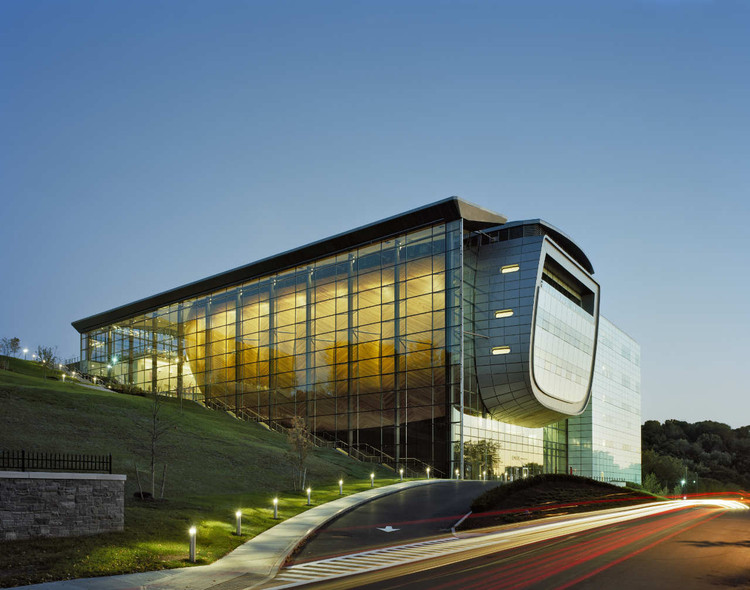 Founded in 1824, Rensselaer Polytechnic Institute is one of America’s leading research universities with a reputation for creative and interactive learning and the application of information technology to education. The Experimental Media and Performing Arts Center (EMPAC) is a nexus of technological and artistic innovation and optimized performance space.

Grimshaw was selected following an international competition in 2001. On naming Grimshaw the competition's winner, Alan Balfour, Dean of the School of Architecture and member of the jury committee, commented:

“The distinction of the Grimshaw submission was in seeing the building as an ensemble of instrumental spaces defined by technology. This seemed exactly appropriate to house the range of performances and stimulate new knowledge that Rensselaer will bring to the intersection of the arts with science and technology.”

Located on a steep hillside overlooking the Hudson River, the 200,000-square-foot building extends the existing Rensselaer campus westward. Serving the campus, the region, and the international arts community, it provides five different performance environments: a 1,200-seat concert hall, a 400-seat theater, a black box studio, a white box studio and a dance studio. In addition, the facility houses audio and video editing suites, artists-in-residence studios and the campus radio station.

Grimshaw has designed a multi-functional, multi-layered building in which performances and other activities can take place concurrently without acoustic interference. Key to the design is the atrium space, which acts a hub for informal social interaction and as the lobby to the major spaces: the theater and the concert hall.

To minimize the visual impact of the large, windowless structures (such as the flytower) that are always required in a performing arts complex, the volumes of the performance spaces flow down and into the hillside, following the topography of the site. As a result, almost half of the building is below grade.

Upon entering the building’s atrium, visitors find themselves at the top of a cavernous space in which the wooden shell of the concert hall is poised like the hull of a ship or, more pertinently, the rounded belly of a stringed instrument.

The design was developed in accordance with Grimshaw's environmental management system and incorporates sustainable, low energy design. Included in these features is a liquid-filled, heated mullion system, used for the first time in North America, which heats the atrium during the winter. 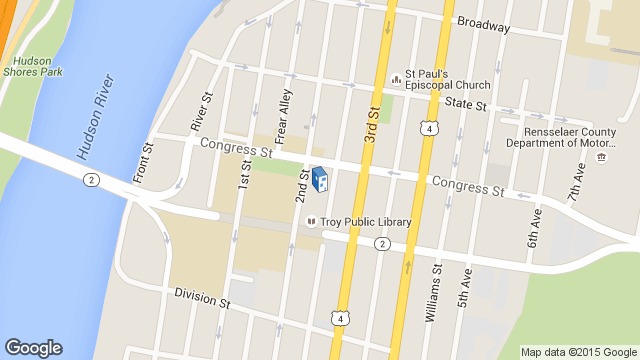 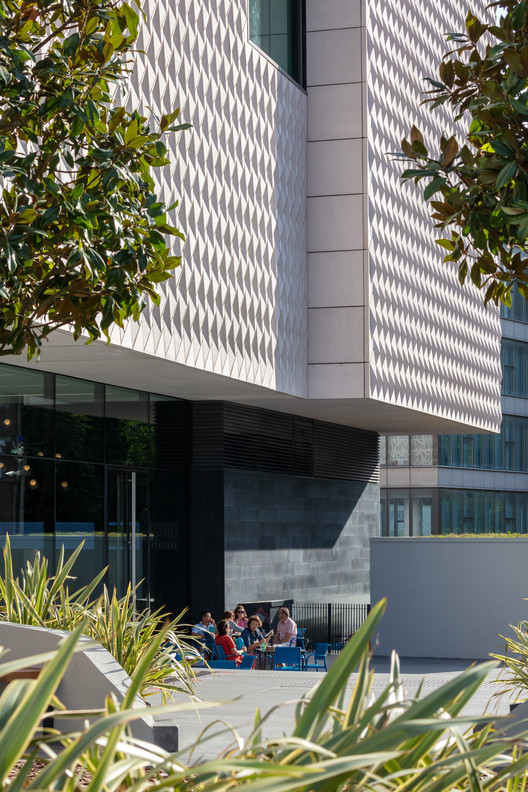 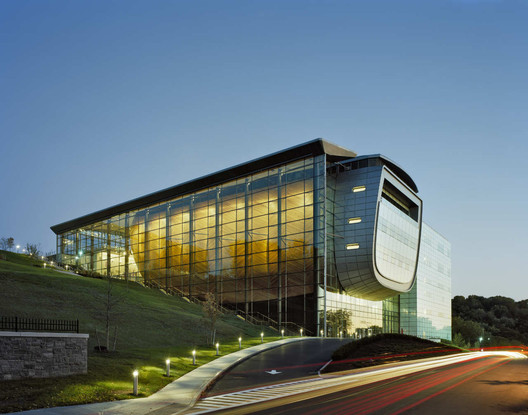