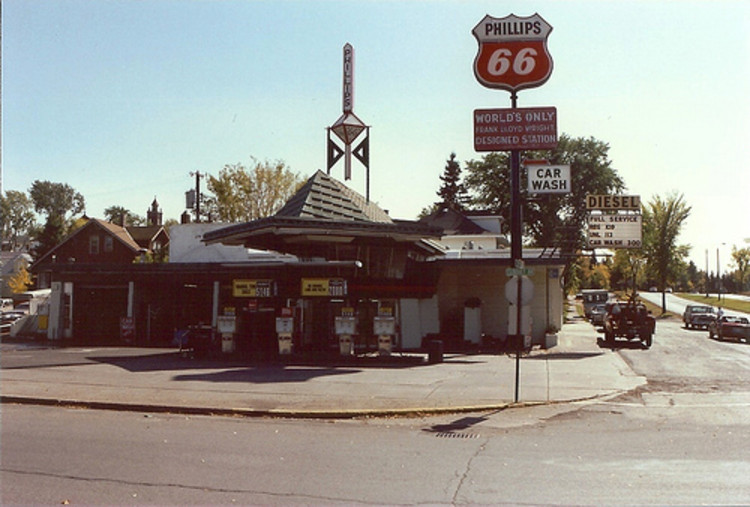 Text description provided by the architects. An architect with upwards of 500 built projects, Frank Lloyd Wright was also recognized for his proposed Utopian vision of a new urban landscape, known as Broadacre City, which he developed throughout most of his life and described in his book The Disappearing City in 1932.

This proposition stood as both a planning statement and a socio-political scheme, in which each U.S. family would receive an acre of land from the federal lands reserves. Wright unveiled a detailed twelve by twelve foot scaled model that represented a four square mile section of the hypothetical community. The R.W. Lindholm Service Station is the only part of his Broadacre designs that was realized.

"Watch the little gas station.... In our present gasoline service station you may see a crude beginning to such important advance decentralization; also see the beginning of the future humane establishment we are now calling the free city.

Wherever service stations are located naturally these so often ugly and seemingly insignificant features will survive and expand. ... is all around us in the haphazard making, the apparent forces to the contrary notwithstanding. All about us and no plan. The old order is breaking up..." -Frank Lloyd Wright, 1930

This idea of the de-centralized American urban landscape was not implemented directly, although it did foreshadow the decentralization that occurred after World War II. It was constructed in 1956 after the pre-fab Usonian James McBean Residence in Rochester, Minnesota and before the Marin County Civic Center in California.

The station takes its name from Ray Lindholm, who hired Wright to build it a few years after he completed the Lindholm's private home. The station has been handed down in the family throughout the years, and is currently owned by Lindholm's grandson, John McKinney. The estimated cost of a two-pump station at the time was $5,000, and this station about quadrupled this price at $20,000.

The copper roof undoubtedly catches the eye of passers-by, and the triangle canopy creates an arrow that subliminally directs the eye across the street towards the St. Louis River.

This was intentional, as Wright wanted to connect the past with the present, river traffic to vehicular traffic. The large repair area allows four cars to be worked on at a time, complete with skylights that let in natural light.

One of the few deviations from the original plans found in the constructed gas station are that the gas pumps are found on the ground instead of overhead fuel lines, a detail changed to meet safety regulations. Another primary feature of the original design is a glassed-in waiting area on the second-story that sits atop the attendant's area.

This space was constructed in the actual gas station but is not used in the proposed way, as Wright envisioned it to be a social or cultural center.

Construction was not supervised by Wright, as he was busy overseeing the building of the Guggenheim Museum in New York; instead his apprentice Robert Pond was in charge of the gas station. The R.W. Lindholm Service Station is still functioning, although it is now a Spur station. It is open to the public, located at the corner of the Minnesota State Highway 33 and the Minnesota State Highway 45 in downtown Cloquet. 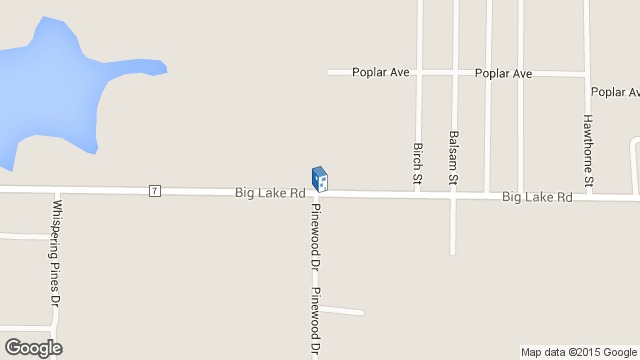