Save
The Ames Hotel / Rockwell Group 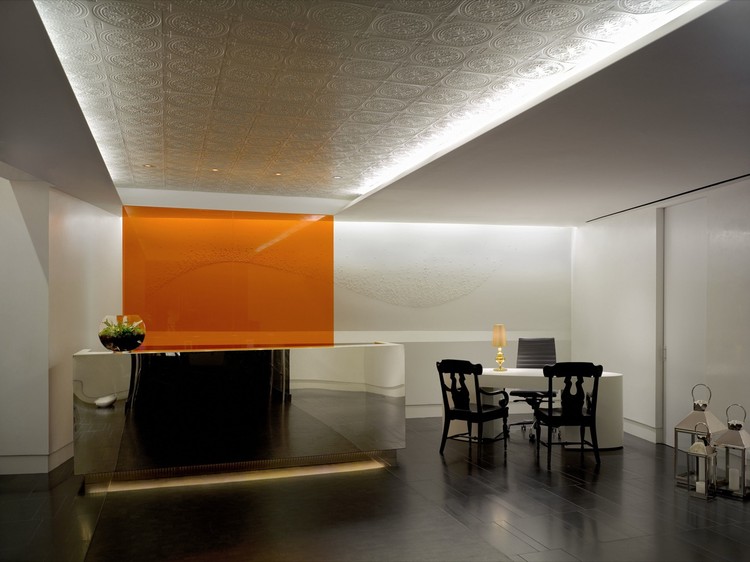 Text description provided by the architects. The new Ames Hotel is Rockwell Group’s first hotel project in Boston. The boutique hotel occupies the historic Ames Building, a historic office building which was built in the late 19th century, and was the tallest building in Boston when it was completed. The hotel sits along the Washington Mall at One Court Street and is located on the edge of the Financial District, the Downtown Crossing shopping district and Faneuil Hall Marketplace.

Although the design for the all-new interior of the space pays homage to the original 19th century exterior, Rockwell Group provides a modern framework for the lobby, Woodward restaurant, and 113 renovated guest rooms. Original elements will be re-interpreted to complement the elegant and innovative new design.

The lobby features an original marble mosaic tile vaulted ceiling, and a dramatic marble and brass staircase. Scattered around the lobby are original site-specific art works such a chandelier of thousands of reflective discs suspended over the floor on wires, and an abstract ceramic wall installation behind the reception area made up of many pieces of hand cast porcelain.

Off of the lobby the two-story hotel restaurant is also a contrast of eras, merging the historical context with a touch of the modern day dandy. It is called Woodward, named for a tavern once owned by Almanac author Nathaniel Ames. Each floor features a main bar as well as a formal dining area, with finishes inspired by bespoke men’s tailoring with subtle unexpected details. The main feature of the restaurant is the “Cabinet of Curiosities” on the second floor, a Victorian-inspired shelving throughout the dining space that will be curated with over 200 hand selected objects of inspiration. Windsor chairs, epoxied in high gloss white finish, is scattered throughout the restaurant, complimenting the wood paneled walls washed in a milky enamel.

Heading off to the rooms, guests are immediately transfixed by a “Pepper’s ghost” illusion, a theatrical inference of an illuminated, crystal chandelier, seemingly floating behind the mirrored wall. The dark entry vestibule in each of the guest rooms provides a dramatic portal into the light-filled, lofty guest rooms, suites and hospitality suites. The illumination and levity of the room is enhanced by light oak flooring, 10-foot high ceilings, a white lacquered nightstand, a cream-colored leather upholstered floating platform bed, and the frosted glass that gives a fluid continuity between the main room and the bathroom. Light pours in through large windows, through which guests can see the intricate architectural stonework of the original Romanesque/Byzantine style facade. To transform the room into a delicate cocoon, guests can draw sheer curtains along the length of the window and bathroom walls. Hints of Federal Style inspiration include a desk lacquered in glossy white and nightstands adorned with lamps of black chrome, referencing the whale-oil lamps that once lit the city, while modern and sophisticated amenities give guests the utmost comfort, such as the bathrooms with dark porcelain tiles floors, and white marble walk-in shower with a rain shower head.

The suites and hospitality suites are considerably larger than the guest rooms, most of which have room for a separate sitting area. The hospitality suites are all on the third floor, all boasting floor-to-ceiling arched windows. Because of their proximity to the ground floor, there is more of a vibrant connection to the urban landscape on the square outside. The suites boast a sectional sofa, upholstered in black and white woven fabric and a modern, signature wingback chair in black lacquer and white leather. The light oak floors are complimented by silver-gray, silk viscose carpets and feature white lacquer carerra marble dining tables with white leather and metal dining chairs. 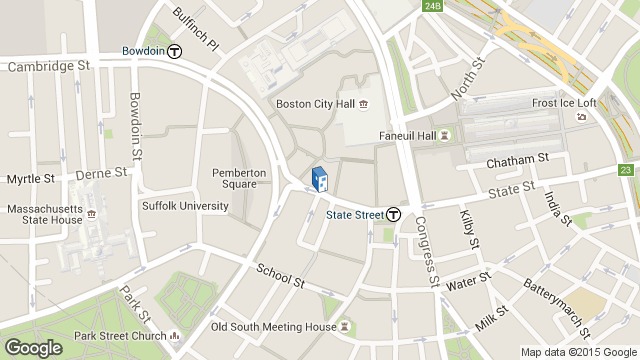