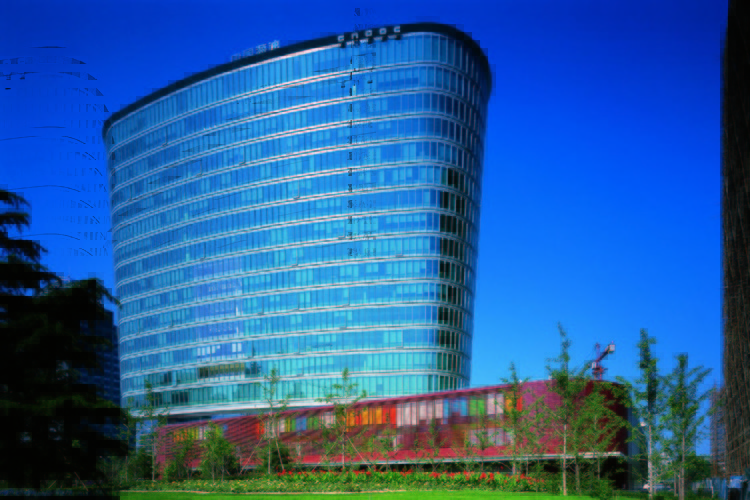 Text description provided by the architects. Located at a major crossroads along the Second Ring Road in Beijing’s eastern Dongcheng district, the CNOOC headquarters building acts as an urban counter-point to the massive Ministry of Foreign Affairs Building situated on the opposing corner.

The building’s form evokes the images of offshore oil production. The prow-like shape recalling an oil tanker’s bow, and the tower mass elevated above the ground on piloti suggesting an offshore oil derrick. This effect is further heightened by the design of the ground plane which has been developed to suggest the ocean’s surface.

Internally, office and function spaces are organized around a central, full-height, sunlit atrium. Large sky-gardens carve away portions of the tower floor plates to allow daylight to penetrate into the atrium from all three sides. These sky-gardens take on different configurations on each of the sides in response to the sun angles encountered. Additionally, a skylight and clerestory windows at the top of the atrium allow filtered light to wash the atrium interior surfaces. A three-storey, L-shaped podium defines a courtyard and houses public spaces, such as meeting rooms, restaurants, and exhibition areas.

The rotated triangular tower maximizes the use of the site and creates an entry courtyard along the quieter side which is entered through a symbolic gateway recalling traditional Chinese courtyards. 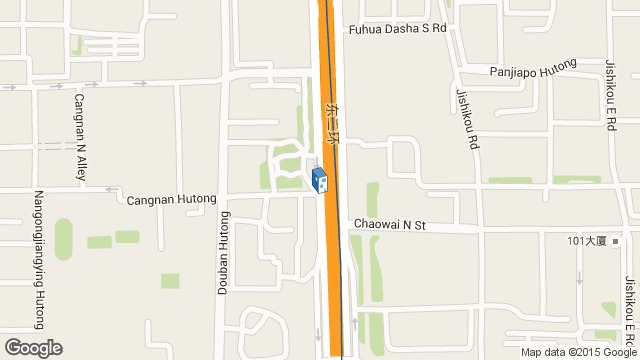